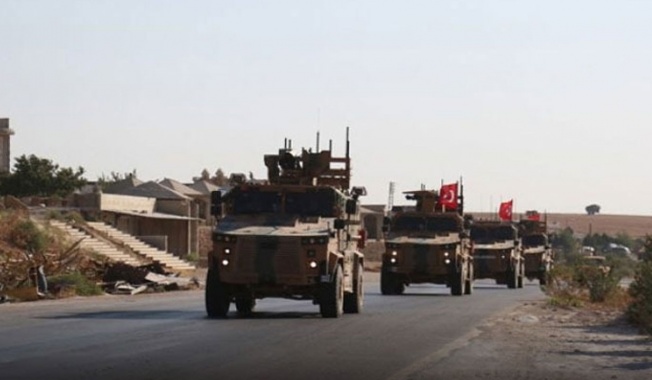 The Turkish forces start dismantling the post’s structure, remove the observation towers, and assemble equipment and weapons, in preparation for their withdrawal from the point, as they did in / 3 / other points.

The point in “Qubtan Al-Jabal” is the first to dismantle in Aleppo countryside, out of / 7 /. Previously, Turkey withdrew from the points of “Morek” and “Sher Maghar” in Hama countryside, along with ” Ma’ar Hatat” in Idlib southern countryside, two years after their establishment.

Last month, the Turkish government decided to dismantle all its besieged points in the “de-escalation” zone and transfer soldiers and weapons to Idlib countryside. The Russian side had demanded the Turkish government to reduce the number of its forces in the de-escalation zones, but Ankara did not respond and continued the introduction of more reinforcements from the “Kafr Lusin” crossing, north of Idlib, in exchange for withdrawing from the besieged observation points.