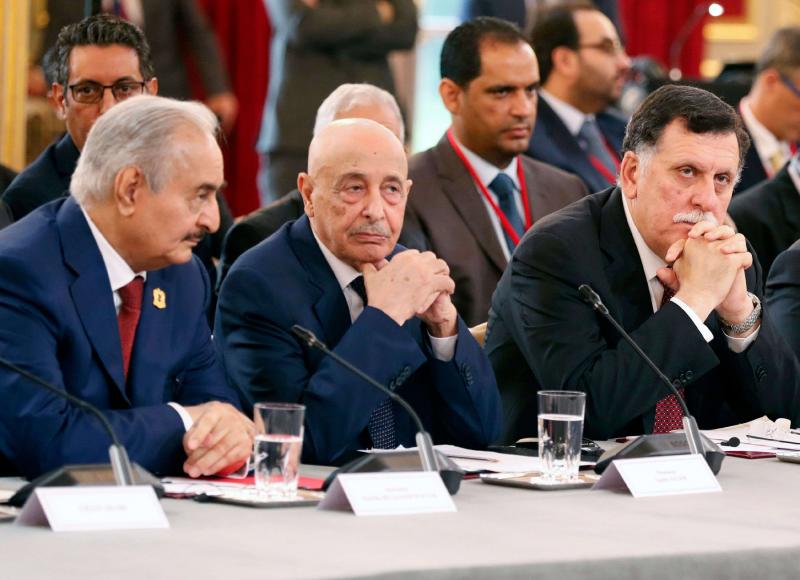 The Libyan Political Dialogue Forum: Will it save Libya or destroy the country?

The Libyan Political Dialogue Forum (LPDF), organized by the UN Support Mission in Libya (UNSMIL) and led by Stephanie Williams, former US Charge d’Affaires in Libya, opened in Tunis on November 9.

At stake are Libya’s future, the holding of elections, and the composition of the transitional authorities that will lead the country until elections.

The participants of the LPDF agreed to hold elections no more than 18 months after the beginning of the transition period, Stephanie Williams said November 11. They also agreed on a road map for the reunification of State authorities.

Libya is now divided. In 2011, NATO’s intervention overthrew Muammar Gaddafi, which resulted in a civil war. In 2015, the Skhirat Agreement (Libyan Political Agreement) created the Government of National Accord (GNA). It was supposed to unite the country but failed to do so.

Although the GNA is considered the UN-recognized government of Libya, in reality, it represents only certain political forces, including the Muslim Brotherhood, one region of the country (Tripolitania), and some military groups and militias. The GNA is opposed by the provisional government in Tobruk, which militarily relies on the Libyan National Army (LNA) of Khalifa Haftar. Most of the deputies and leadership of the Libyan House of Representatives (HoR) support the LNA and oppose the GNA.

In August, the GNA Prime Minister Fayez Sarraj and HoR Speaker Aguila Saleh declared a truce. A multilateral negotiation process has begun. The organizers of the LPDF believe that the forum will continue these efforts, and Libya will get a new transitional government instead of the GNA, which can realize what the GNA has not been able to do – unite the country. However, there are serious doubts about this.

Crisis of legitimacy and extremists

Most Libyans do not see the LDPF as legitimate. The forum is organized in such a way that the decisive word rests with the UNSMIL leadership, represented by Stephanie Williams and the US.

Williams selected 49 of the 75 conference participants to choose the new leadership of Libya, with most of the votes in US hands.

UNSMIL also reserved the right to determine which candidates are suitable for positions in the new “compromise” leadership of Libya. If there is a stalemate in the choice of a candidate for one of the leadership positions, UNSMIL has the final say again. Several groups in Tripoli are already protesting against the LDPF and the imposition of American will on the Libyans., who are not ready to accept pro-American candidates.

If the American manipulation results in the new transitional government in Libya being run by radicals, it will mean an imminent war. Once again, such a government will not be recognized by Khalifa Haftar, as he did with the GNA. Moreover, some people may start a civil war even in Tripoli.

Who has a claim to leadership?

Fathi Bashagha, the GNA Interior Minister, has conflicts with Fayez Sarraj, who tried to remove him in August 2020, accusing him of brutally undermining the demonstration. Bashagha also has a long conflict with the Tripoli Protection Force.

The association of Tripoli militias has unequivocally declared that it does not accept Bashagha’s claims to leadership.

Bashagha is accused of war crimes and torture since the storming of Tripoli Airport in 2014. He is closely linked to armed groups from Misrata. The Americans themselves claimed that the Libyan Interior Ministry under him was actively involved in human trafficking, and the Salafi group RADA controlled by him contains an illegal prison at Mitiga Airport.

Bashaga had promised the Americans to deploy a military base in Libya. Taking into account that Democrats, who organized an intervention in Libya in 2011 and supported “Arab Spring”, return to the White House, the Americans may be tempted to place their bets on loyal extremists like Bashagha. However, this will not lead to peace.

The only ones who can provide a real peaceful transition of power are neutral and compromise candidates. There are at least two such candidates in Libya. The first one is the current head of the GNA, Fayez Sarraj, who managed to start the current negotiation process. It would be much better if he stayed at the helm in Libya instead of Bashagha or Khalid al-Mishri, the head of Libya’s the High Council of State, who was part of the Muslim Brotherhood structures until 2019.  An alternative to Fayez Sarraj maybe Ahmed Maiteeq, deputy prime minister of the GNA, a representative of Libyan business. He also proved that he could find common ground with the east of Libya, such as Haftar and Saleh, by securing the resumption of oil exports in September from Haftar, which had been halted since the beginning of the year.