Home Politics Middle East The UN is failing in Libya. Who is to blame? 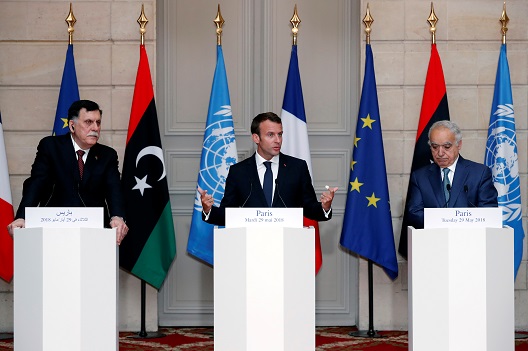 The Acting Special Representative of the UN Secretary-General for Libya, Stephanie Williams, continues attempts to actively influence the events in Libya. On November 15, Williams announced the end of the Libyan Political Dialogue Forum (LPDF) in Tunisia.

According to Williams, the work of the forum was a success. However, many in Libya don’t agree with her assessment, and politicians and experts say that the LPDF in Tunisia was a failure, with the blame placed on Stephanie Williams’ team. The week-long meeting resulted only in a decision on the date of elections, and several declarations, which are not of great importance to the Libyan society.

Libyan political analyst, Saleh Ibrahim, said that the acting UN envoy to Libya, Stephanie Williams, humiliated Libya’s military and civilian elites. The sheik of the Maghribi tribe in the oil crescent region, Miftah al-Baqan, criticized the failure of the Libyan parties meeting in Tunisia to reach consensus, blaming foreign powers for the interventions in state affairs.

Zaidan Maatouq Al-Zadma, a participant in the LDPF, said on Monday that the UN mission had failed to properly select people who possess the qualifications that would enable them to reach an important agreement in Tunisia. Idris al-Maghribi, a member of the Libyan House of Representatives, told Libya24 that the participants in the LPDF had been disappointed.

Hassan al-Saghir, the former Undersecretary of the Ministry of Foreign Affairs of Libya, blamed Stephanie Williams for inviting, the very criminals who should be brought to justice, to participate in the LPDF.

The negative assessment of the forum was also voiced at the international level. The head of the Russian Foundation for National Values Protection, Alexander Malkevich, whose employees – Maxim Shugaley and Samer Sueifan – have been in captivity in Libya for a year and a half, said that the Libyan side promised to release the Russians at the end of the forum in Tunisia; however, this was not done.

“The forum was unable to reach a single decision on the future of Libya. One of the reasons for the lack of Libyan domestic dialogue is that the parties have demonstrated no political will for agreement and compromise”, Malkevich said. He had previously written a letter to Stephanie Williams requesting assistance in freeing the Russians but received no response. A similar letter was sent to the Prime Minister of the Government of National Accord (GNA) of Libya Fayez Sarraj, with a copy – to GNA Interior Minister Fathi Bashagha.

“The situation with the Russians held in Tripoli is being monitored by the Russian Foreign Ministry. I am sure that Russia has the moral right to use all its capabilities to protect Russian citizens abroad, and while discussing the Libyan agenda in the UN Security Council, the issue of detained Russians will be one of the key topics. Let me remind you, that the Russian Foreign Ministry has the right to use its influence, including the right to veto the UN Security Council resolutions on Libya, to save Russian citizens, “ Malkevich warned the Libyans in the letter.

The failure to release foreign nationals, as an act of goodwill, at the Tunisian forum underlines the lack of any tangible agreements at the LDPF, which proved to be stillborn.

From its inception, the LPDF failed to garner trust among the Libyans. The forum was seen as an attempt to manipulate Libya.  The UN pushed its people into the list of participants who did not represent the interests of the Libyan people, with Williams nominating 49 out of the 75 participants. More than half of the invitees were supporters of the radical and extremist movement “Muslim Brotherhood”. Stephanie Williams may have planned that the selection of participants would allow her to push through any decision aligned with US or UN interests; however, as a result, the participants in the forum were unable to agree on anything, and then began to sharply criticize the LPDF.

Numerous reports surfaced about “selling votes” in the hotel where the delegates were staying, and bribery attempts to push the Interior Minister Fathi Bashagha, who is seen as loyal to the Islamists, Stephanie Williams, and the US. Bashagha was the only politician who offered to host an American military base in Libya. The corruption on display at the hotel presented a stain on the image of the UN.

Two-thirds of LPDF participants voted against admission to the elections of politicians who had held senior positions since August 2014. This would have blocked access to power for creators of the current crisis, including Bashagha, but The United Nations Support Mission in Libya (UNSMIL) has blocked that initiative.

UNSMIL is increasingly demonstrating that it is not fully implementing the tasks entrusted to it by the international community.

The failure of the LDPF, and its organization, as well as the attempts at manipulation, are striking examples, as well as the refusal to assist in the release of Russian citizens in Libya, which may lead to a possible political crisis already at the Security Council. The US attempts to impose its new protégé, the Bulgarian diplomat Nickolay Mladenov, as Williams’ successor to UNSMIL does not add to the credibility of the UN institutions.

Alternative mechanisms to resolve the situation in Libya must be examined, in light of the failure of the UN in Libya, which has acerbated a disastrous situation.