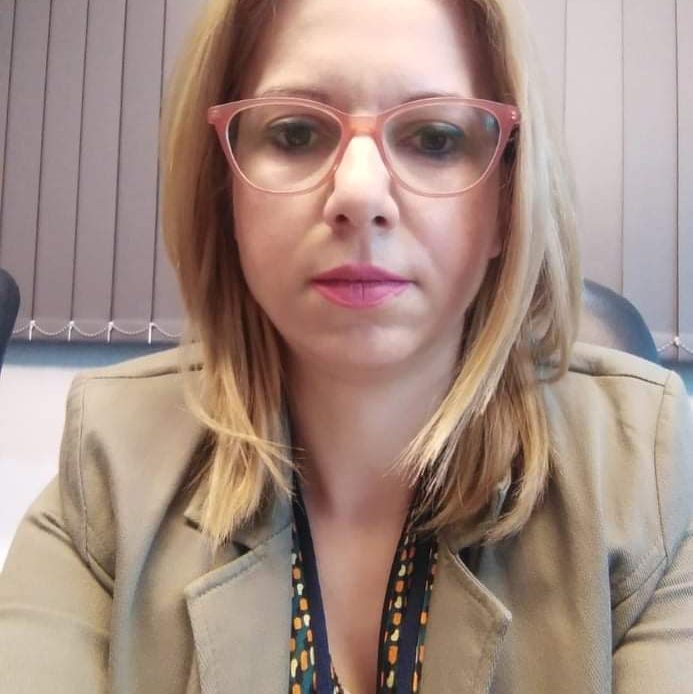 “The end of the war in Syria will come as part of the agreement between Iran and China,” says Iranian foreign policy analyst

As the US changes leadership, new opportunities for re-alignment may open up for the Middle East and the wider region.  To understand more fully the implications presented in conflicts ranging from the US-Iran tension, the Syrian war, and the role of Turkey and Israel in the destabilization of the region, Steven Sahiounie of MidEastDiscourse, reached out to Polina Aniftou, analyst of the Iranian foreign policy, in a wide-ranging interview.

Steven Sahiounie (SS):  Once President-elect Joe Biden takes office on January 20th, will there likely be found a solution to ease the tension between Iran and Washington, in your view?

Polina Aniftou (PA):  We have to be honest and accept that the tensions have a unilateral character from the US side, and the way the US, on behalf of Israel, try to involve Iran into a conflict, or a war, in the region, is not strategically wise. The US tried with the assassination of Major Soleimani, explosions in Tehran, sanctions, the explosion in Beirut, and the war in Armenia to involve Iran into a regional conflict that would be expanded into war and to attack Iranian militias and army forces outside Iran. The US treats Iran as they treat Egypt, Jordan, Arab monarchies of the Persian Gulf, as states under colonization, and second-class citizens of the Middle East. The difference with Iran is that Iran has a long past and history of not asking for help and not accepting being treated as a weak state, and Iran has no interest to look to the West at this moment. Iran has influence in a region from Beirut to Kabul and the country is safe and secure. Economically, Iran has is self-sufficient with products and raw materials to survive with a good living standard for decades, and the US is aware of this. Given these facts, Biden will try to approach Iran for his benefit, to understand the objectives and the goals of Iran in order not to be humiliated in his foreign policy, unlike Trump. I strongly believe that Biden will start eliminating sanctions only when he realizes the weak position of Israel and Israel’s negative demographics and inefficiency which prevent it’s being a key-actor in the region. I would say that in the next 2-3 years we will see many changes and Iran will be liberated by the imposed sanctions, mainly due to the reaction of China after signing the 25-year agreement with Iran last summer, and China needs a strong Iran to secure the Silk Road from Beirut to Kashmir through its allies and Shia populations that are loyal to Imam Khamenei.

SS:  President Donald Trump broke with the nuclear deal that former President Obama had signed.  Do you see the former deal being renewed under the future Biden administration, or will Iran have some new conditions?

PA:  In a few months’ elections are coming to Iran and the new setup will be much closer to the army, Ayatollah’s opinion, and path of understanding. After the assassination of Soleimani, Ayatollah repeated a very important admonition to not trust the US, and he made relevant statements during the US elections recently. Iran has a philosophy in its foreign policy that if the enemy is threatening Iran, the enemy needs to take the steps to attack or to conquer Iran. Historically, this has never occurred, even Alexander the Great did not manage a foothold in Iran. Thus, as the US left the agreement from the Iranian side, the US dishonored themselves and cannot be trusted. The US did not pay the penalty to Iran for the unilateral withdrawal from the Nuclear Agreement. Iran has claims but will sit on the same table to listen and be present before the eyes of the international community, and not to be accused. Iran will never sit on the table if Biden is threatening, mistreating, and assaulting Iran and its political and diplomatic honesty. I doubt that the Nuclear Agreement will be fully executed or motivated by any of the parties, but Biden will eliminate sanctions, due to pressure by Russia and China, and will start monitoring the region by closely observing Israel, which has caused discrepancies and incompatibility with the US foreign policy.

SS:  In your view, if the relationship between Tehran and Washington were to be improved, could the tensions between Saudi Arabia and Iran be eased?

PA:  The tensions between Iran and Riyadh may have been initiated by the US, but behind this diplomatic distance there is a deep ideological and theological gap that I fear cannot be bridged. The monarchies in the region worried about their future after the Islamic Revolution of 1979. The values of the Islamic Revolution are against monarchy, oppression, and promote self-sufficiency, independence, and Muslim unity (Ummah). The way the Saudis face Shiism, the solitude of Shiism, the reactions against Prophet Succession, and the leadership that Iran claims for the creation of Ummah put Saudis in a difficult position as they are afraid of the systemic existence of their monarchies.  The fact that even today it takes at least 15 years for an Iranian, after the application to be granted a visa, to visit Mecca indicates the hostility of Saudis to Iran. The violence, the lack of respect for others, and human dignity in Saudi Arabia and the laws of Saudi Arabia, affect the relations between the two countries more than any involvement of a third power. How is possible, when in Iran there are so many Sayyed, that receive legitimacy and origin from the 12 Imams, that 11 of them were killed by the forefathers of the Saudis and the Caliphs, for Iranians to feel secure with Saudis? Though for Iranians it is not important, certainly it is essential for Saudis, that they have tortured the daughter of the Prophet for the leadership of Caliphs, from where the monarchies are founded.

PA:  Iran is missing from the puzzle of the US and they cannot accept that they lost Iran. When the Islamic Revolution was at the door of the Shah, the US was afraid of a communist ‘red revolution’. The Shah did not believe that the clergies would support Imam Khomeini, and only Mossad and Israel understood that the Islamic Revolution was coming. This is important because in the 60s and 70s during the Arab-Israeli war, the US prepared the Periphery Doctrine, along with the founder of Israel, David Ben-Gurion. The objectives of the Doctrine was for Israel to be supported by two non-Arab, but Muslim countries, Turkey and Iran. It was during the time of making Iran a westernized society in the scheme of Turkey succeeded by Ataturk. Ataturk demolished all the links and ties of the Ottoman Empire with Islam and its eastern lands and introduced Turkey to the west, to westernize Turkey and control it via western legislators and education. It is similar to what Reza Shah tried to do by issuing a decree known as Kashf-e hijab banning all Islamic veils in 1935, which led to the massacre at the Goharshad Mosque in Mashhad in August 1935, and the White Revolution of 1963 by his son M. Reza, and introducing land reforms, education changes, and westernizing society. The Islamic Revolution stopped the Periphery Doctrine, something that the US cannot forgive Iran for, as this forced the US to be focused on the protection of Israel in the region and to invest in infrastructure and support of Turkey to become a regional power, as a Muslim country with imperial ambitions to protect Israel under the instructions of the US. I am sure that a government led by Mr. Rouhani could skip this detail between Israel and the US, but a new government that will be supported by Quds (Jerusalem) forces, cannot forget its invisible mission to end its task by liberating Quds.  The US will keep their ties with Israel, as Israel is a small, weak country, made by the US to keep Jews away from the west and for intervening in the region, thus Iran will discuss with the US to solve sanction issues, but not for accepting Israel and its ties with the US.

SS:  Iran has supported the fight against terrorism in Syria. Do you see Iran including the end to the war in Syria as part of their negotiations which may begin with the future Biden administration?

PA:  Iran never negotiates its positions in one table. Iran puts its demands in different baskets moving according to the reactions. The war in Syria will end as soon as Biden realizes that Israel will have implications and costs through this war, and the only way for that to happen is by enhancing the power of President Assad and by keeping Lebanon stable. Hezbollah will play a dramatic role in that and would need to take the initiation to empower Mr. Assad. But, the war in Syria will need to end to avoid re-mapping the region after the bad agreement in Armenia that got Turkey and Israel into the Caucasus, threatening the stability and peace. The end of the war in Syria will come as part of the agreement between Iran and China and will be imposed on the US, by annulling the plans of Ankara and Tel Aviv, that since the 60s have worked officially together with common grounds and targets in the regional policy. Iran will demand not only the end of the war, and the disarmament of terrorists, but also the terrorists to be convicted and to eave west Asia.