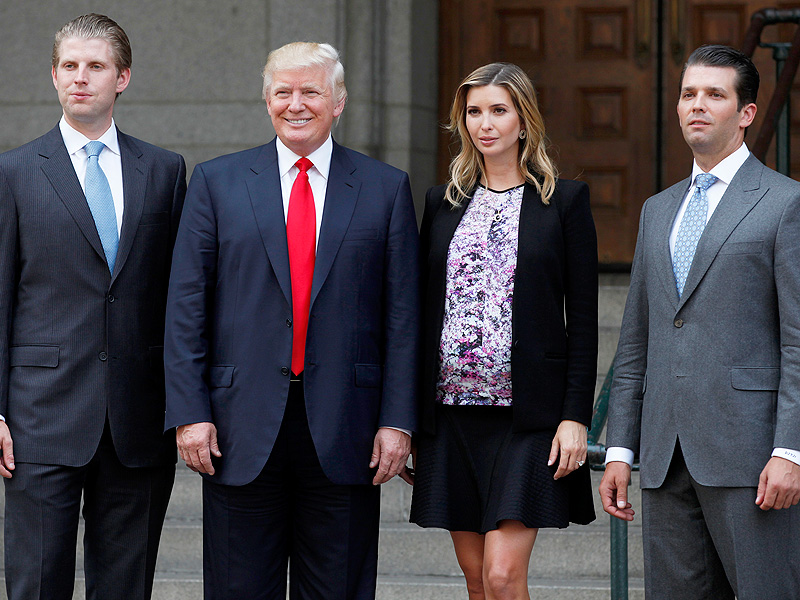 Trump insiders, such as Anthony Scaramucci, have suggested a reason why President Donald J. Trump refuses to concede the election to President-elect Joe R. Biden, and had refused to pave the way to a peaceful transition of power, which is an American tradition.

Some journalists have likened Trump’s refusals to the tantrums of a petulant toddler, with the Republican leaders acting as the enabler parents, who give the screaming baby a lollipop, even though he has diabetes.

However, there is a different school of thought, offered by people who have been very close associates, which has nothing to do with childish theatrics, but everything to do with the man who wrote the book on “The Art of the Deal”.

As the days and weeks after the election have passed, Trump has been holed up at the White House. The pandemic continues to grow by the hour, but he is nowhere to be seen in the process to deal with Americans sick, out of work and dying.  The G-20 meeting, held virtually because of COVID-19, held a session on the pandemic, but Trump played-hooky, and instead was filmed on one of his golf courses in Virginia.

Why has Trump dropped out of sight, though continuing his tweets about election fraud? What is his end-game?

Scaramucci offered the reasoning behind the perplexing attitude and actions of Trump since the election. He is waiting for a deal.

Trump may be digging in his heals, putting the Republican power brokers in a tough spot, which can be alleviated by offering Trump a no-prosecution deal, in which he will leave the White House peacefully, in order to effect a seamless transition of power on January 20, which is not only important to the American public who are afraid  of what a break with transition means to democracy, but also important to the national security of the United States of America, as enemies are watching for every soft-spot and vulnerability.

“Two separate New York State fraud investigations into [Donald] and his businesses, one criminal and one civil, have expanded to include tax write-offs on millions of dollars in consulting fees, some of which appear to have gone to Ivanka.” Mary Trump wrote on her Twitter account November 20.

The hesitation to deal with a transition and concession may have to do less with ego, than fear of the long arm of the law. Trump’s strategy may be an attempt to buy enough time to work out the details on making a deal to save himself, and his real estate company, the Trump Organization, from legal prosecution.

Trump might become the first president to grant himself a pardon. If that is not possible, perhaps he will resign the presidency so that Mike Pence could pardon him. But, that course of action would only shield him from prosecution for federal crimes, and he also faces a list of state crimes mainly in New York.

On January 20, 2021 Trump will lose his presidential privileges. “Once he is out of office, the atmosphere will change,” Daniel R Alonso, a former US federal and New York state prosecutor, told the BBC. “He will no longer have the reality or the threat of presidential power to thwart investigations.”

Playboy model Karen McDougal, adult film actress Stormy Daniels both have claimed to have had sexual relations with Trump, and to have been paid for their silence prior to the 2016 election. This information came to light when Michael Cohen, Trump’s former personal lawyer and “fixer”, admitted to arranging payments to the two women. The payments were prosecuted as campaign-finance violations and Cohen was sentenced to three years in jail in 2018.

Manhattan District Attorney Cyrus Vance is examining whether the Trump Organization falsified business records related to the payoffs to the two women. Under New York laws, falsifying business records can be charged as a felony if done to conceal other crimes, such as tax fraud, and felonies can be prosecuted over a longer time and are punishable by longer jail sentences.

Vance requested to see eight years of financial records, including Trump’s tax returns. In October, a federal appeals court rejected Trump’s attempt to block the subpoena.  Vance had referred to “public reports of possibly extensive and protracted criminal conduct at the Trump Organization”, which included allegations of possible insurance and bank fraud, and later added tax fraud as a possible crime.

Tax fraud can be charged as a felony in New York, which can carry lengthy prison sentences. Trump has one last ‘Hail Mary’ pass to land: he is asking the Supreme Court to overthrow the lower court’s demand for him to turn over his tax returns to Vance. If he loses that case, Trump may land in very hot water.

“The most significant criminal investigations are those exploring his tax and bank filings,” Jonathan Turley, a professor of law at George Washington University, told the BBC. “But whether there’s a criminal case has yet to become evident.”

The investigations have expanded to include tax write-offs on millions of dollars in consulting fees, some of which appear to have gone to Ivanka Trump, who claimed in a 2017 disclosure she filed that she had received payments from a consulting company she co-owned, totaling $747,622, that exactly matched the consulting fees claimed as tax deductions by the Trump Organization for hotel projects in Hawaii and Vancouver, British Columbia. The problem is, that she was an executive officer of the company which made the payments to her. The IRS generally has a poor view of paying yourself fees which you are deducting them as an expense.

New York Attorney General Letitia James has been leading a civil investigation since 2019 into whether the Trump Organization committed real-estate fraud. The investigation goes back to Cohen’s 2019 Congressional testimony that Trump had inflated the value of his property assets to secure loans and understated them to reduce his taxes.

Eric Trump, the executive vice-president of the Trump Organization complied with a request to be questioned at her office in October.

James can demand private citizen Trump, after January 20, to sit for questioning under oath, just like his son Eric.

James’s office has scrutinized a 2010 financial restructuring of the Trump Hotel & Tower in Chicago, when the lender forgave debt worth more than $100 million. The law requires that $100 million to be declared as income, but the New York Times analysis of Trump tax returns found that he had avoided federal income tax on almost all of the forgiven debt.

This is not the first legal run-in between James and Trump; she had presided over the investigation that led to the closing of his scandalous charitable foundation.

Trump has been accused by 26 women of sexual misconduct over decades. E Jean Carroll, a magazine columnist, has accused Trump of raping her in a dressing room at a NYC department store in the 1990s.  In her lawsuit, Carroll argues Trump defamed her by saying he could not have raped her because “she’s not my type”. Her lawsuit seeks unspecified damages and a retraction of Trump’s statements. The case is proceeding, and may use DNA from a dress of Carroll to prove the case.

A separate defamation lawsuit, brought by a former contestant on Trump’s TV show ‘The Apprentice’, was filed by Summer Zervos, who claims Trump had sexually assaulted her in a California hotel in 2007. She accused Trump ahead of the 2016 election, but Trump denied it and accused her of to become famous. She began her lawsuit against Trump in 2017, and it is ongoing.

Mary Trump, the daughter of Donald Trump’s late brother, Fred Trump, Jr. is also suing her uncle for fraud, in which she accuses Trump and two of his siblings of defrauding her of her inheritance, from her late father’s estate, and of exerting pressure on her to give up interests in the family business her grandfather founded.

Mary was just 16 when she lost her father. “They lied,” the lawsuit says. “Rather than protect Mary’s interests, they designed and carried out a complex scheme to siphon funds away from her interests, conceal their grift [fraud], and deceive her about the true value of what she had inherited.”

The incoming President-elect says he wants to “heal the country.”  However, Rep. Bill Pascrell (D-N.J.) warns the failure to hold Donald Trump accountable for his crimes would “embolden criminality by our national leaders.”