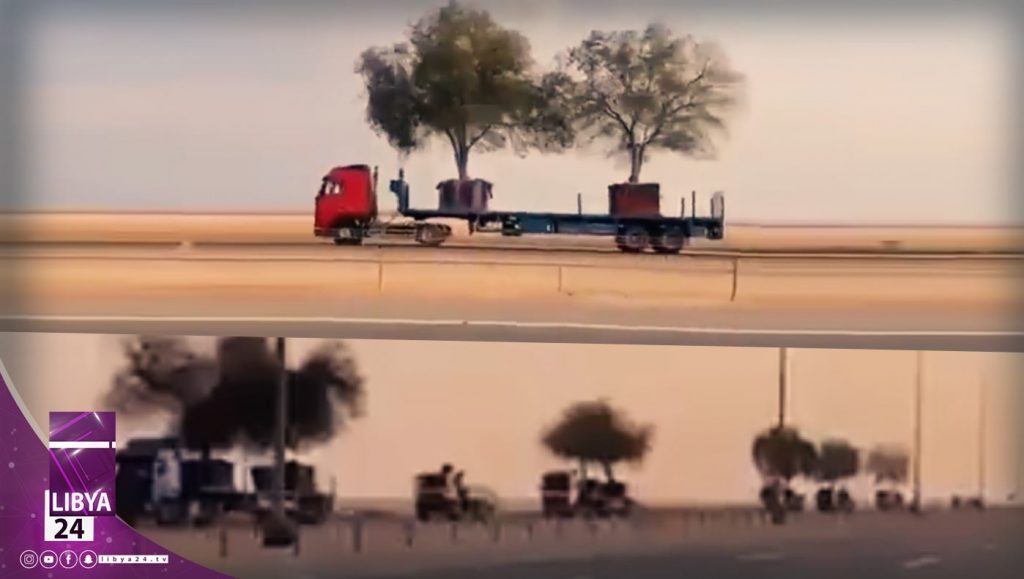 Khaled IskefThe Turkish-backed factions in “Afrin”, Aleppo northern countryside, are cutting down productive trees to be used as firewood.
The militants are taking advantage of the civilians’ need for heating means and the high prices of fuel which greatly push them to resort to firewood for heating, noting that this  situation repeats every winter, while the armed factions tightened their grip on the firewood trade to monopolize it.

The militants prevent people from cutting trees to take firewood even if they are their own, while they allow some brokers to supervise the cutting and collecting of firewood, giving them some of its price, and they transfer the firewood to Idlib where its price increases more because of the need, as it reached / 100 / dollars per ton.
On the other hand, the factions allow their members to cut down whatever trees they want in the fields and orchards of residents in Afrin, including fruit trees such as olives and pomegranates, making the people lose their crops and trees.

Large areas of the forests of Maidanaki, Sajoo and Nabi Hori in the countryside of Afrin have been cut down in order to collect firewood by the armed men without supervision, while the people need to pay / 100 / dollars to buy firewood stolen from their lands to get fire in the winter.