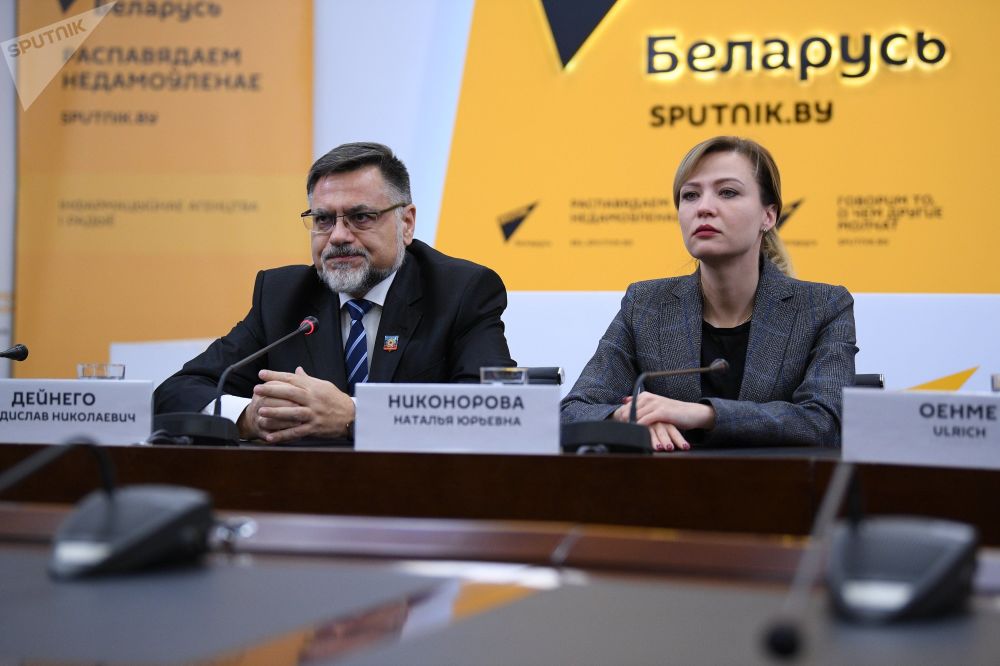 Moment of truth for unrecognized east-Ukrainian entities: break-away republics for the first time speaking at the UN

Autumn of 2020 is distinct not only as a time of the coronavirus second wave but as well as a time of aggravation within the parties of internal conflicts in a row of countries. Specifically, world is now observing: inflammation in Libya, where peace negotiations ended into a scandal connected with corruption and intrusion of third countries like Turkey, escalation at the area of Idlib in Syria, severe hostilities in Nagorny Karabakh which resulted into a no-win peace agreement and protests in Armenia and Armenian communities all around the world.

And as well there is another conflict at the agenda – military strife in east Ukraine which has been lasting already seven years and, although it is neither quite active nor frozen, people continue suffering.

The internal confrontation between Kiev and Donbass (Donetsk and Lugansk regions at the east of the state) started after the coup d’etat in February 2014 which was organized and carried out during so called “Maidan revolution”.  After Maidan, the aggressive actions of the newly minted Ukrainian authorities against Donetsk and Lugansk had started, in particular by sending armed formations and military equipment to the region without any legal reason. The rejection of this situation by the inhabitants of the Ukrainian eastern regions led to the announcement of Donetsk and Lugansk people’s republics independent from Kiev. The Ukrainian leadership, supported by the US and EU, chose a military option for resolving the conflict and had launched an anti-terrorist operation in the areas of Donetsk and Lugansk regions.

The impossibility of conflict settlement by military scenario, as well as numerous defeats, forced the Ukrainian leadership to sign peace documents – so called Minsk agreements. But these agreements are not at all helpful in achieving peace, as hostilities from the Ukrainian military groups against Donbass people are going on. At least 13 thousand people were died on the territory of Donbass, including 149 children, about 30 thousand people were injured. It is not getting better also in other fields of confrontation: Kiev suspended all the pensions and social payments for the Donetsk and Lugansk inhabitants, there is economic, humanitarian and transport blockade from Ukraine, and, moreover, the Ukrainian parliament deprived the residents of Donbass of some inalienable human rights and freedoms that are endorsed in international law.

Most political experts believe that the main reason of Minsk agreements` inefficiency is that Kiev is not willing to go into a direct dialogue with representatives of Donetsk and Lugansk. But the conflict had actually broken out exactly because of the refusal of new Ukrainian authorities to talk with its east regions. So organizing such a direct dialogue is a crucial measure for the settlement in Donbass.

Therefore, Permanent Mission of Russia to the United Nations had put forward an initiative to hold the UN Security Council meeting with participation of Donetsk and Lugansk representatives. The UN secretariat supported this idea so the UN permanent and observer missions will for the first time ever talk directly with representatives of the break-away republics of Donbass.

Obviously, talking about the conflict will hardly help to stop it at once. But the very idea of giving a chance to speak out for all the sides of the conflict, including unrecognized entities like Donbass, seems utterly reasonable nowadays, when propaganda from the mainstream western media drowns every other voice.

Here we publish the link to the online broadcasting of the UN Security Council meeting on Donbass (start on December 2nd, at 10:00 (NY)/ 17:00 (Eastern European time). Feel free to watch and listen to the voices of people who dared to fight for their independence.