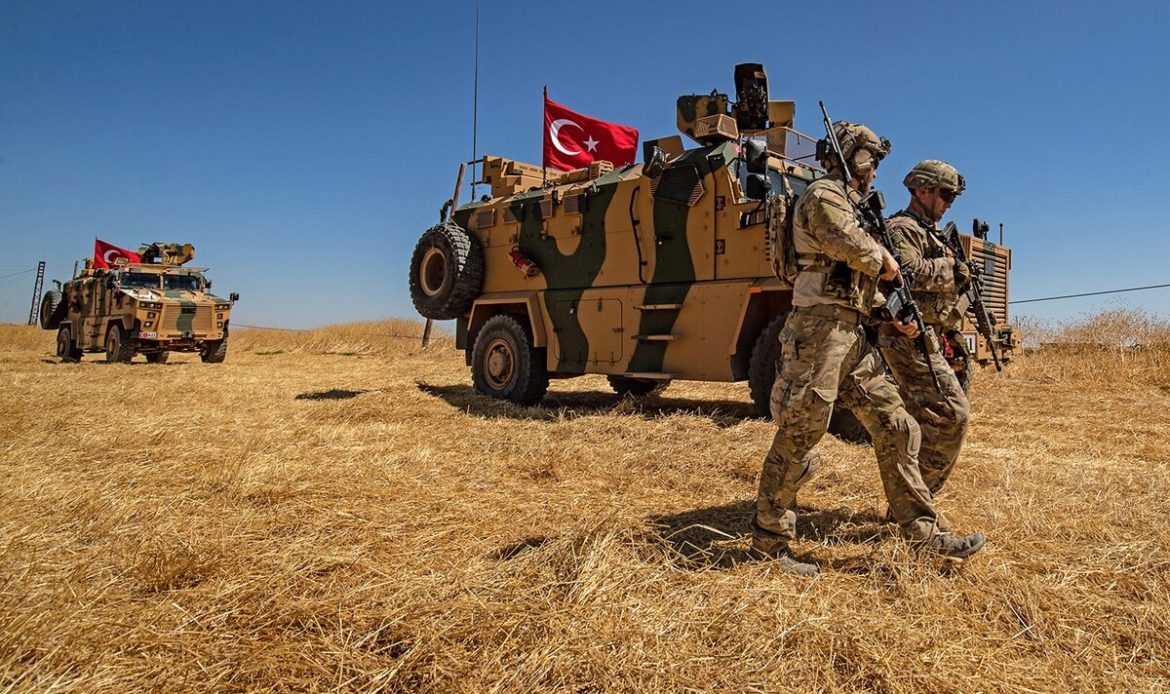 The Turkish army continues its operations to sabotage the Syrian archaeological sites by digging and excavating antiquities for stealing and smuggling them outside the country. The Turkish army stole new artifacts from the vicinity of “Al-Asadiya” village, south of the city of “Ras Al-Ain”, Hasaka countryside.

Before beginning the illegal digging operations inside a farmland near the village of Al-Asadiya, the Turkish army imposed a security cordon around and two foreign experts with underground metal detectors were accompanying the Turkish soldiers.
As the two experts finished examining the area, digging operations began in the agricultural land that was subjected to sabotage and uprooting trees with an area estimated at 15 dunums, after which the Turkish army took out two boxes and transported them in armored vehicles towards the Turkish border under a security guard.”
The Turkish army had already completely demolished a farm for raising chickens south of the city of Ras al-Ain, about two weeks ago, in search of antiquities as well using the “treks” that caused great damage to the area and even the stolen antiquities, as the Turkish army found there several tons of gold estimated at about / 25 / tons.
Since the beginning of its illegal presence in Syria, Turkey has deliberately stolen the country’s antiquities without any regard for the importance of the Syrian civilization and its heritage, using vehicles and equipment that cause great damages to the regions and the artifacts, to finally transfer those stolen items to Turkey and sell them for huge sums.