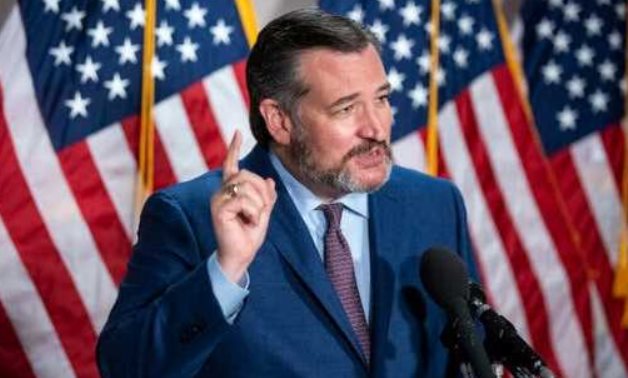 “I am proud to reintroduce this bill and to advance America’s fight against radical Islamic terrorism. I commend the current administration’s work calling terrorism by its name and combatting the spread of this potent threat, and I look forward to receiving the additional information this new bill requests from the Department of State. Many of our closest allies in the Arab world have long ago concluded that the Muslim Brotherhood is a terrorist group that seeks to sow chaos across the Middle East, and I will continue working with my colleagues to take action against groups that finance terrorism,” said Cruz.

Inhofe added, “Since the founding of the Muslim Brotherhood in Egypt, Brotherhood-affiliated groups have consistently preached and incited hatred against Christians, Jews, and other Muslims while supporting designated radical terrorists. I am proud that under the Trump administration we continue to call out and combat radical terrorism and I am glad to join my colleagues today in reintroducing this legislation. We must continue to condemn Foreign Terrorist Organizations and hold them accountable for the evil they perpetrate.”

“I will continue working with my colleagues to take action against groups that finance terrorism,” adding, “I am proud to reintroduce this bill and to advance America’s fight against radical Islamic terrorism,” said Cruz.

The MB was named a terrorist organization by Egypt in 2013, and by Saudi Arabia and the UAE in 2020, and both Russia and Syria have banned the group after suffering thousands of deaths caused by the group and its supporters who follow Radical Islam, which is a political ideology, and is not a religion, nor a sect.

“This bill recognizes the simple fact that the Muslim Brotherhood is a radical Islamic terrorist group,” Sen. Ted Cruz said in 2015.

The Democratic-controlled House of Representatives has made passage difficult. With a democratic President-elect coming to office in January 2021, the Cruz bill faces urgency.

Trump tried to designate the MB as a terrorist organization

In April 2019, the Trump Administration announced it planned to officially name the MB a foreign terrorist organization and directed national security and diplomatic officials to find a way to place sanctions on the group, which would impose wide-ranging economic and travel sanctions on companies and individuals who interact with the group. The act faced criticism from Democrats, who have established ties to the MB.

American support for the Muslim Brotherhood

The MB was founded in 1928 in Egypt as a religious, social, and political organization. It renounces secularism and advocates a return to Islamic law. Because the US is a secular democracy, the political ideology of the MB stands in sharp opposition to American values.

However, there are many groups in the Muslim American community, who defend the MB by accusing any act to designate it as a terrorist group, as an attempt to vilify Muslims, cripple Muslim American civil society, and promote Islamophobia.

CIA support for the Muslim Brotherhood

A leaked internal CIA memo read, “MB groups enjoy widespread support across the Near East-North Africa region, and many Arabs and Muslims worldwide would view an MB designation as an affront to their core religious and societal values.”

What the memo does not say, is the fact that hundreds of thousands of unarmed civilians have been killed in Libya, Egypt, and Syria by the followers of the MB since 2011. The Arab Spring utilized the MB followers as the ‘boots on the ground’, thus allowing the US-NATO attacks for regime change, with limited American military personnel.

What is the Muslim Brotherhood?

The MB has two pillars: “The introduction of the Islamic Shari’ah as the basis controlling the affairs of state and society” and “Work to achieve unification among the Islamic countries and states, mainly among the Arab states, and liberating them from foreign imperialism.”

The Muslim individual, the Muslim family, the Muslim community, and finally the Muslim government, or Islamic State is the ultimate goal, and the younger generation has voiced its support for a revolutionary approach using violent means. The MB official English website is Ikhwanweb.

The MB has committed war crimes and atrocities in Syria and Egypt, while also working as an American ally.

The UK funded the MB’s establishment in 1928. Key figures and operatives of this movement migrated to the United States 70 years ago and assumed important positions in American academic and intellectual institutions. They generally appear to be highly educated, productive members of business and society in the US.

Mohamad Soltan, an Egyptian-American member of the Brotherhood, jailed in Egypt before being deported to the US, explained: “the one thing that everybody in the prison had in common —the ISIS guys, the Muslim Brotherhood guys, the liberals, the guards, the officers — is that they all hate America.”

Obama administration support of the MB

In October leaked emails proved the Obama administration’s support of the MB, with some emails related to former Secretary of State Hillary Clinton. The emails reveal a relationship between the US, during Obama, and Qatari Al Jazeera as well as the MB.

The MB targeted all high-level state positions, including ministries, and attempted to fully control the Egyptian media, so it launched pro-MB channels, broadcast from inside and outside the country until the 2013 revolution which ousted the MB from the control of Egypt.

Wadah Khanfar, former director of the Al Jazeera network, appeared in emails with Clinton notifying her of all details taking place regarding the network known for its support to terrorist and extremist groups.

In Frank Gaffney’s book, ‘The Muslim Brotherhood in the Obama Administration‘, he examined Huma Abedin, Hillary Clinton’s deputy chief of staff, with three close family members who were intimately connected to the MB, and influencing US foreign policy. Abedin was deeply connected to the MB in the US, and Gaffney identified many individuals with Islamist ties working in sensitive government roles.

Obama allied with the MB and enabled them to participate in the US’s foreign policy in Tunisia, Egypt, Libya, and Syria during the Arab Spring.

The Pentagon’s view of the Muslim Brotherhood

General James Mattis, former Chief of Central Command, responsible for all operations in the Middle East, Central and South-East Asia, and Secretary of Defense under Trump believed that the MB and Al Qaeda belonged to the same movement.

The Pentagon began referring to the Obama presidential advisers as the “White House jihadi” or “the Muslim Brotherhood caucus.” It took the massacre of nearly a thousand civilians by the MB at Rabaa in August 2013, for the United States to change course.

President Erdogan has transformed a modern, secular country that had hopes of joining the EU, into a backward-looking Islamic society ruled by the AKP party, which follows the MB political doctrine.

Istanbul is now the MB hub, as Turkey becomes the MB’s base to take over the world. Civil society cannot fight back, as Turkey has the highest proportion of imprisoned journalists in the world.  Turkey is financing and supporting ISIS, the Syrian Free Army, and other terrorists.

The Turkish Regime expanded its influence in the Middle East while working with Qatar in funding, supporting, and expanding the MB in the region.

Turkey and Qatar invested billions of dollars in expanding AKP and MB-linked institutions in the US, with AKP and Qatari government officials at events of the Council on American-Islamic Relations (CAIR), which has been linked to the MB, and Turkish influence is growing in the US.

Will Biden support the Muslim Brotherhood?

A Biden presidency may be a return to the Obama-era MB alliance, after all, Joe Biden served as Obama’s vice president for eight years.

The US’s alliance with Qatar and the MB during the so-called Arab Spring only led to deaths, refugees, and failure. The US intervened in the Middle East by relying on the Qatari Al-Jazeera channel with its Arabic and English teams as a media arm for this purpose, thus instigating political and economic devastation most notably in Syria.