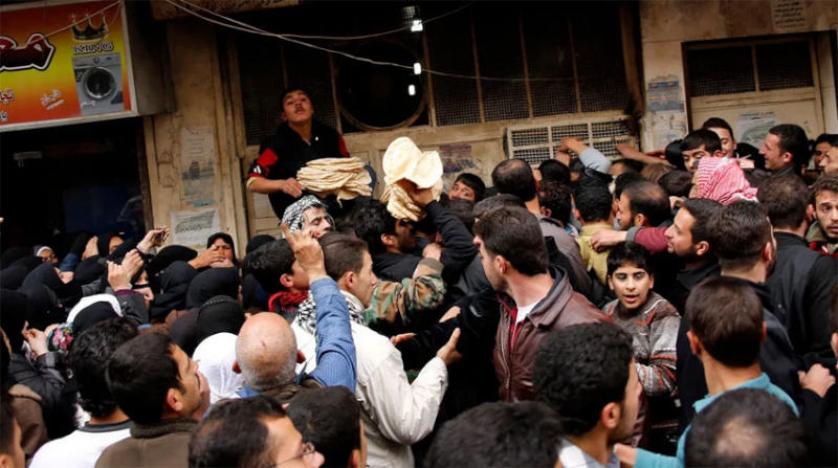 Charles Thépaut is a French diplomat and resident Visiting Fellow at The Washington Institute. He recently published a policy analysis concerning the US foreign policy on Syria.

While, much of his analysis demonstrates professionalism; he misses a very important point of view: that of the Syrian people living inside Syria, which amounts to about 15 million persons, or roughly two-thirds of the original 23 million before 2011.

Thepaut treats the Syrian crisis as if it was only between various governments, such as; the US, EU, Russia, Iran, and Turkey. Those various countries listed are indeed involved in the Syrian crisis, but the suffering and effect on the residents in Syria must be considered in any US foreign policy changes.

Thepaut writes, “The first step in that direction is clear: using the momentum granted by the coming inauguration to signal Damascus, Moscow, and Tehran that their current strategy of trying to wait out the United States will not work,” while adding, “Ultimately, compromising with Russia is the only way to deliver a negotiated outcome in Syria.”

Political dialog with Russia is of utmost importance to find a solution for the Syria crisis, which is now at a stalemate. The battlefields are silent, the major cities and most highways are operating under normal conditions, and free of terrorist occupation. Idlib remains the last terrorist occupied province, with the Al Qaeda affiliate, HTS holding about 2 million persons as human hostages, while international aid agencies support the civilians, and the families of the Radical Islamic terrorists.

The upcoming Biden administration’s Syrian foreign policy is still unknown, and yet to be revealed.  We know that President-elect Joe Biden has asked Anthony Blinken to be Secretary of State, who as made comments concerning mistakes made in Syria during the Obama administration, and Blinken has stated that he cannot imagine a policy of reengaging with Bashar al-Assad.

The uprising which began in 2011, was not a grass-roots revolution. It was a US-NATO attack on the Syrian people for ‘regime change’.  When the US wants to remove a leader, they don’t always invade, such as the Bush war on the Iraqi people, to remove Saddam Hussein, they often choose to instigate chaos, and an armed struggle using locals acting as mercenaries for the US and/or NATO.

The fact that the Syrian people never fully supported the Free Syrian Army, who some called “Obama’s Army”, and the Syrian Arab Army never broke apart is clear proof the majority of the Syrian population did not support the US goal of ‘regime change’.  There was indeed a minor percentage of Syrian who were following the ideology of the Muslim Brotherhood, which is the dominant group among the US-EU recognized Syrian Opposition.

The US foreign policy on the Middle East is designed to meet the security goals of Israel. Syria and Israel are at war because Israel is militarily occupying the Golan Heights, in defiance and disregard of multiple UN resolutions.  Instead of causing the deaths of hundreds of thousands of unarmed Syrian civilians, the US could have negotiated with Israel to leave the Golan Heights. Syria has not attacked Israel, even in the face of missile attacks by Israel, which have become routine.

Syrian President Assad said in October that to hold Syrian-Israeli negotiations, it is imperative that Israel “restore all Syrian land” it is occupying.

Thepaut feels the “strategy employed against the Islamic State remains a good model for American military action in the Middle East. This may indicate a willingness to keep a small contingent on the ground to support local partners.” However, he fails to include the Syrian and Russian military who are responsible for the majority of the defeat of ISIS on Syrian soil. The US military who are illegally occupying several Syrian bases is there to steal the Syrian oil resources, which was ordered by President Trump, and not fighting ISIS. This has prevented the Syrian government from refining their oil into gasoline and heating oil. This has left the Syrian people in constant shortages of heat and transportation. When Syria attempts to import oil for the needs of the population, often the ships carrying the lifeblood of basic services are prevented from arriving by the US.  Imagine the average Syrian sitting in freezing temperatures, not able to buy cooking gas to cook their food, and having to walk miles daily because their car, or the taxis, sit idle with empty tanks.

The war on ISIS in Syria is over. ISIS will always survive as an ideology of Radical Islam, akin to their brothers in Al Qaeda, and the Muslim Brotherhood. ISIS holds no territory in Syria, but may continue to carry out random acts of terror in Syria, and in the US and Europe as well. There is no military justification for any US occupation of Syria.

Thepaut writes, “economic sanctions targeting the Assad regime are likely here to stay.” The US-EU sanctions on the Syrian government has not created any revolution, or ‘regime change’. The sanctions are preventing Syrians from acquiring: money from relatives abroad; chemotherapy drugs, and other foreign specialty medicines; gasoline; cooking gas; materials from the US or EU countries which would be used to repair and restore homes, hospitals, schools, and businesses which were damaged in the war. Because the Syrian power generators run on fuel, which is being stolen by the US military, the Syrian population is living with one and one-half hours of electricity in three increments per day. This is not enough time to freeze food at home, and the result is food poisoning. Thepaut rightfully acknowledges that international banks and companies are so afraid of the US-EU sanctions that they refuse to deal with humanitarian needs such as foods and medicines.

Thepaut writes, “One prerequisite for breaking the diplomatic stalemate is acknowledging that the United States has neither the means nor the ambition to solve the Syria quandary on its own,” However, the nation which caused the war, which flooded the battlefields with mercenaries and weapons, should be the one who solves the conflict. A withdrawal of US occupation forces and removal of the sanctions which hurt the Syrian civilian population should be among the first steps.

The” Small Group” consists of the UK, Egypt, France, Germany, Jordan, and Saudi Arabia. Thepaut advises that Biden should work diplomatically with that group. Citizens from each of those countries were present in Syria fighting as Radical Islamic terrorists, for ‘regime change’ to a state governed by Islamic Law. Saudi Arabia spent billions of dollars supporting the US-backed terrorists and is accused of supplying the sarin gas used in the 2013 East Ghouta attack. The “Small Group” should be part of the Astana process, along with Russia, Turkey, and Iran, which has never had a US member.

“The United States and the EU have long conditioned their funding of reconstruction projects on making visible progress in the political process,” wrote Thepaut. The UN resolution 2254 has been the accepted framework of the Syrian government, which has consistently sent delegations to the meetings. The Syrian constitution reform committee has made progress. The US-EU sanctions which prevent Syrian reconstruction should be removed.

As the new year, 2021 is days away, Syria prepares for its Presidential election. The last in 2014 was observed by an international delegation of activists. The upcoming election will have a UN monitoring system. The US-EU sanctions should be lifted before the election, otherwise, voters will not be able to drive to the polls and vote.