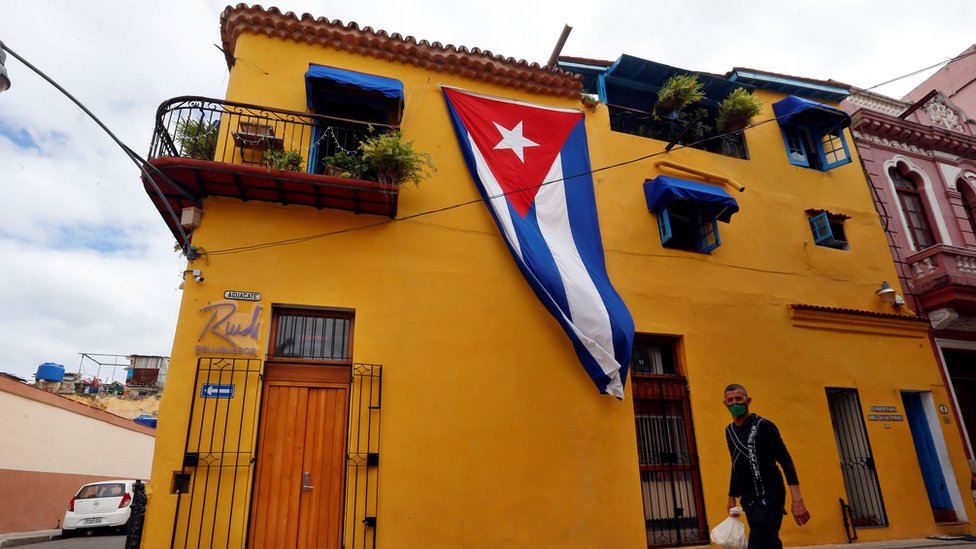 BEIRUT, LEBANON (11:40 A.M.) – US Secretary of State Mike Pompeo said on Monday that he will put Cuba back on the list of countries that sponsor terrorism, an obstacle to the expected efforts of President-elect Joe Biden to ease tensions.

“With this measure, we will once again hold the Cuban government accountable and send a clear message that the Castro regime must end its support for international terrorism and sabotage of American justice,” Pompeo said in a statement , referring to former leaders Fidel and Raul Castro.

He continued: “The United States will continue to support the Cuban people in their desire for a democratic government and respect for human rights, including freedom of religion, expression and association,” as quoted by Agence France-Presse.

The “terrorism classification” severely impedes the investment of foreigners who will now risk US prosecution, and can only be removed from the list after an official review by the Biden administration, which means that the decision may be in effect for several months.

In 2015, President Barack Obama removed Cuba from the list of state sponsors of terrorism, as he moved to normalize relations and declared that the US’ half-century effort to isolate the island was a failure.

Trump reversed many of Obama’s initiatives toward Cuba and also imposed sanctions on its ally Venezuela , a position that helped gain support among immigrant communities in Florida, a crucial state in the US election.

There are only 3 other countries on the list, which are Iran, North Korea and Syria. Trump removed Sudan late last year after pledging a democratic transition, compensation for previous attacks against Americans, and an agreement to recognize Israel.