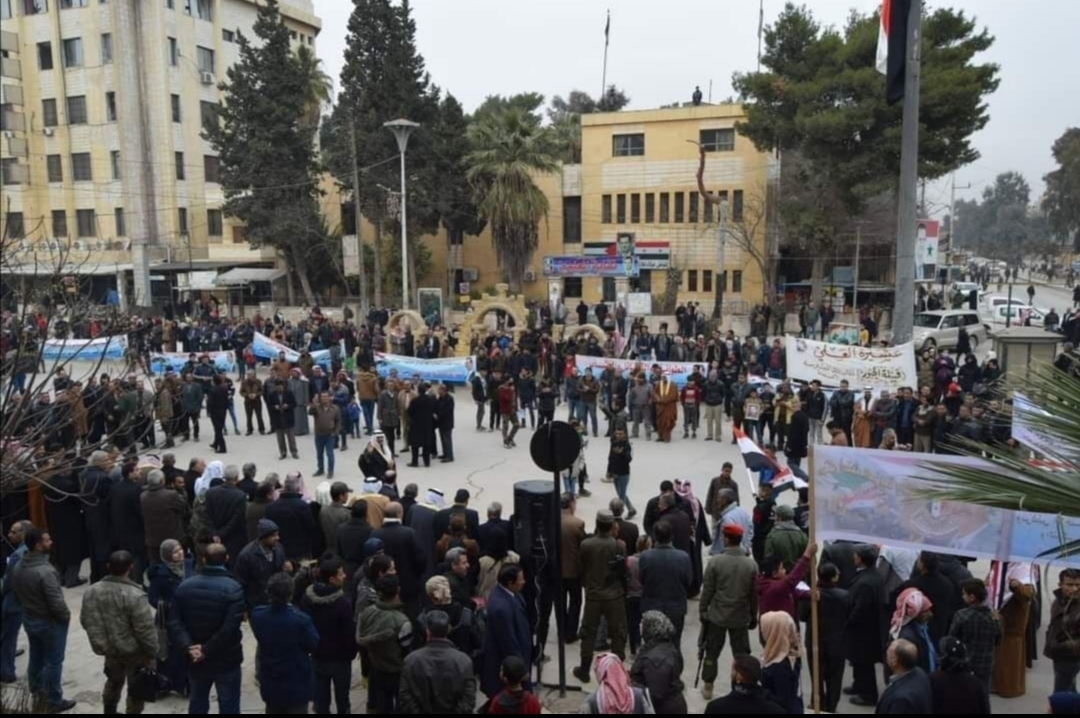 Today, Wednesday, the cities of Hasaka and Qamishli witnessed widespread popular protests, during which the protesters raised slogans against the violations of the “SDF”, which besieged the residents in the two cities.

A local source stated that the people carried out vigils and demanded an end to the siege imposed by the “Qasd” on the center of “Al-Hasakah” and on the city of “Qamishli”.

The source added that the “Qasd” elements have besieged the areas controlled by the Syrian state in the two cities for more than / 17 / days, and they prevented the entry of water, foodstuffs, flour and means of transportation to them, in addition to that, a few days ago, they prevented students from entering the city center of Hasaka, where the Syrian schools are located. Officials, coinciding with the start of the second semester of the academic year.

The source pointed out that the people condemned these criminal practices that violate international laws and human rights, noting that the SDF practices are linked to the instructions of the American forces that support and finance them, amid international silence about these violations and the continuing practices.

Local sources said that the “Qasd” gunmen in Al-Hasakah shot in the air to disperse the protesters against them, while no information was received about any injuries or losses. However, the sources confirmed that the “Qasd” siege of the people is still continuing.