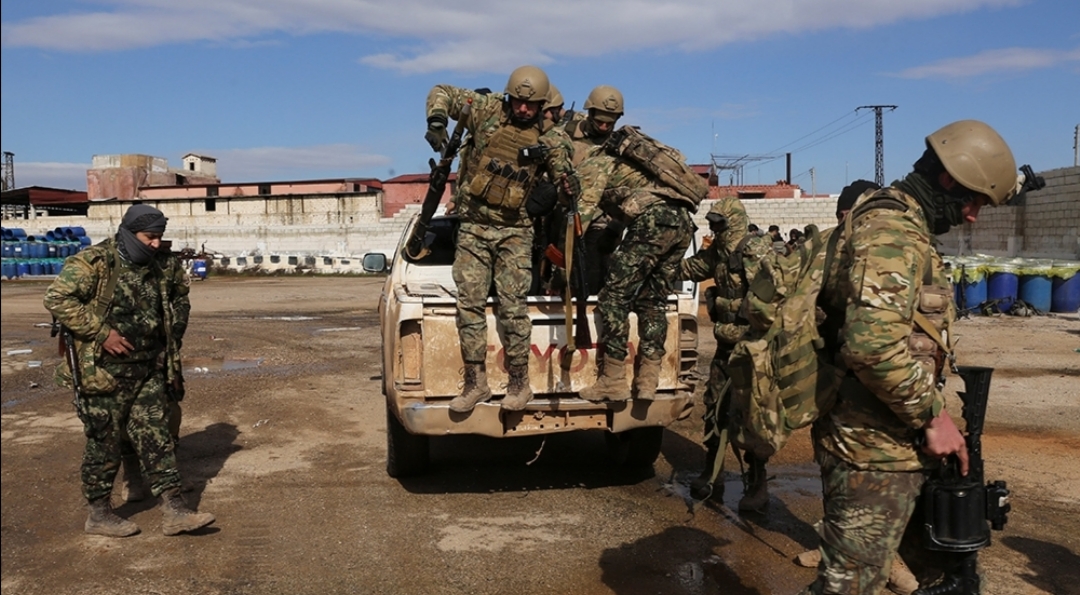 2 soldiers were wounded in a new attack targeting Turkish forces in Idlib.

The attacks targeting the Turkish observation points were renewed, with a new attack that wounded 2 members of the Turkish forces in Idlib countryside.

Sources reported that unknown militants on a motorcycle targeted the Turkish observation post located near the train tracks west of the town of “Mhambel” in the southwestern Idlib countryside, located to the south of the international “Aleppo-Lattakia” road, which resulted in the wounding of 2 Turkish soldiers, who were transferred to the Turkish territory to receive treatment, amid a blackout from the Turkish authorities on the incident and the health condition of the 2 soldiers.

No party has claimed responsibility for the attack.

However, previous similar attacks in Idlib countryside were claimed by unknown jihadist groups in the area, and the parties supporting them didn’t know, as a group calling itself the “Ansar Abi Bakr Al-Siddiq Brigade” announced that it had carried out 3 attacks at least against the Turkish forces in Idlib during the past year.

Another group calling itself the “Chechen Khattab Brigades” issued a statement at the time declaring its responsibility for targeting the Turkish forces and the joint Russian-Turkish patrols, which were operating on the “Aleppo-Lattakia” international road, on more than one occasion during the past year.

As a new group calling itself the “Abdullah bin Anis” organization said that it targeted the Turkish forces with “RPGs” on the “Maarat Misrin” road near “Kafraya” north of Idlib.

The Turkish forces have recently deployed several guard posts along the “Aleppo-Lattakia” road to protect their forces from attacks, but they haven’t succeeded in stopping them, while the claims of these unknown groups haven’t been verified and whether they are really responsible for the operations, or are they just a front of another faction such as the “Al-Nusra”, which almost completely controls the area.