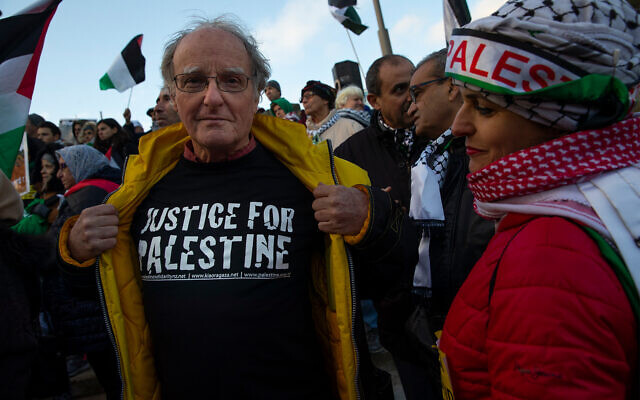 ICC ruling “a victory for rights, justice, freedom and moral values in the world”: Palestinian minister.

The International Criminal Court (ICC) on Friday declared the court has jurisdiction over war crimes committed in the Palestinian territories.  “The Court’s territorial jurisdiction in the Situation in Palestine … extends to the territories occupied by Israel since 1967, namely Gaza and the West Bank, including East Jerusalem,” the ICC Judges said.

“Today, Pre-Trial Chamber I of ICC decided, by the majority, that the Court’s territorial jurisdiction in the Situation in Palestine, a State party to the ICC Rome Statute, extends to the territories occupied by Israel since 1967,” ICC said in a statement.

The mandate of the ICC is to prosecute people, not countries, including those from states that are not signatories, as long as one party has signed the international treaty, which Palestine did in 2015, while Israel has not signed. Palestine used its UN observer state status, gained in 2012, to join the ICC.

Palestine’s status as an occupied territory rather than a sovereign country had prompted Fatou Bensouda, the ICC chief prosecutor, to wait for confirmation from the judges of the court, headquartered in The Hague, if the ICC had the authority. Bensouda now intends to open a formal inquiry into alleged war crimes in the occupied West Bank, East Jerusalem, and the Gaza Strip.

The case could include the alleged killings by Israeli soldiers of more than 200 Palestinians, including more than 40 children, at demonstrations along the Gaza frontier in 2018.

War crimes, and ethnic cleansing, may have occurred when Israeli authorities moved Israeli civilians into the West Bank to live in settlements, which were against international law. The majority of those Israeli settlers are American born US citizens. The Geneva Convention prohibits the transfer of civilians into occupied land.

Bensouda, a Gambian lawyer, has said she would investigate both the Israeli military as well as the Palestinian armed groups.

In late 2019, Benouda announced that her office “has concluded with the determination that all the statutory criteria under the Rome statute for the opening of an investigation have been met”, and added, “In brief, I am satisfied that war crimes have been or are being committed in the West Bank, including East Jerusalem, and the Gaza Strip.”

Palestine, recognized officially as the State of Palestine by the UN and other entities, is a de jure sovereign state in Western Asia claiming the West Bank and Gaza Strip with Jerusalem as the designated capital, although its administrative center is currently located in Ramallah. The population as of 2019 was about 4.685 million.

Israeli Prime Minister Benjamin Netanyahu denounced the decision, saying in a video statement: “When the ICC investigates Israel for fake war crimes, this is pure antisemitism.” The Israeli government often hides behind the “anti-Semitic” claim in a strategy to absolve claims of war crimes.

“We will fight this perversion of justice with all our might,” Netanyahu said in a video, shaking a fist. He condemned the ICC while labeling all Palestinians as terrorists.

Netanyahu said the country would “protect our citizens and soldiers in every way from legal persecution”. The Israeli government has argued that as Palestine is not a fully-fledged state, it should not be allowed to petition the court. However, the UN declared Palestine observer state status in 2012.

Netanyahu could block ICC officials from entering the Palestinian Territories, which could hamper its work because Israel controls access to the West Bank and Jerusalem, an incontrovertible display of being the military occupier of Palestine.

In late 2019, Israel’s attorney general, Avichai Mandelblit, argued that the ICC had no jurisdiction in the West Bank or Gaza.

Netanyahu, who described the decision as a “black day for truth and justice” and a “baseless and scandalous decision”.

Former US President Donald Trump’s administration used sanctions against the ICC to block an ICC investigation into the conduct of US troops in Afghanistan.

“We will continue to uphold President Biden’s strong commitment to Israel and its security, including opposing actions that seek to target Israel unfairly,” Price added. Some analysts had thought US President Joe Biden might be fair and balanced in the Israeli-Palestinian conflict, but it would appear he is set to continue Trump’s blind support for Israel.  President Biden is setting the tone of his administration, advocating old alliances, even in the face of war crime allegations, and un-ending military occupation. After all, the US military under Biden’s command is occupying both Iraq and Syria. Recently, Biden explained his foreign policy would depend on diplomacy and democracy. However, standing against the investigation of war crimes is not democratic.

Prime Minister Mohammad Shtayyeh said the decision carried the message that crimes committed would not be dropped and that perpetrators would not go unpunished.

Hussein al-Sheikh, the Palestinian Authority’s civil affairs minister, said on Twitter that the ruling was “a victory for rights, justice, freedom and moral values in the world”.

The Palestinian Authority (PA) welcomes the ruling that could see prosecution of Israeli officials and military as well as Hamas figures.

The UN General Assembly in Resolution 67/19 “[reaffirmed] the right of the Palestinian people to self-determination and independence in their State of Palestine on the Palestinian territory occupied since 1967,” it said.

Based on the relevant UN resolution, the ICC found that the Court has territorial jurisdiction in Gaza City and the West Bank, including East Jerusalem.

Palestinian territories, including the West Bank and East Jerusalem, have been under Israeli occupation since 1967. The occupation is considered illegal under international law.

Israel became the world leader in vaccinating its population against Covid-19, but almost all Palestinian residents of the occupied West Bank are still waiting for their vaccine.

Israel, with a population of about 9.2 million has already inoculated more than 3.3 million people with a first dose. They include a substantial percentage of the roughly 450,000 settlers, who live in occupied Palestine, against international law.

Israeli officials have said that it has no legal responsibility to provide vaccines to Palestinians.

The occupation of Palestine has lasted indefinitely, with no end in sight, after five decades. Full control over the lives of Palestinians lays in the hands of the Israeli military and is reinforced by the threat of use of force.

In contravention of international law, Israel continues to build parts of the wall/fence in the Occupied Palestinian Territories, expand settlements and restrict the movement of Palestinians with some 600 roadblocks and checkpoints. Amnesty International is also concerned about discriminatory policies affecting access to water for Palestinians.

Israel controls The Gaza Strip, controlling all but one of the crossings into Gaza, the airspace, territorial waters, telecommunications, and the population registry which determines who is allowed to leave or enter Gaza. Israel is the occupying power and is responsible for the welfare of the inhabitants in the strip under international humanitarian law. The Gaza Strip has been under increasing restrictions since 2005 when Israel unilaterally pulled troops and settlers out of the strip.  In June 2007, restrictions tightened to an almost air-tight blockade, deepening the hardship there and virtually imprisoning the entire population of some 2 million.