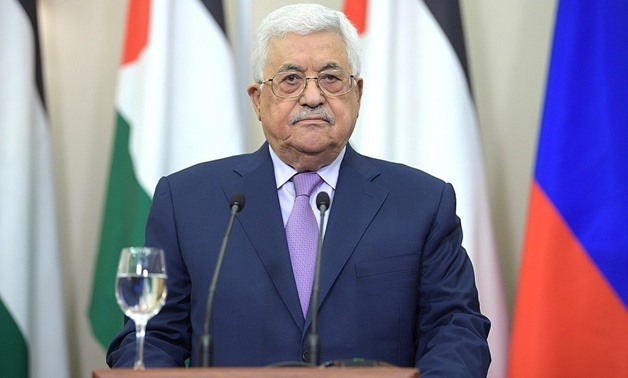 As uncertainty regarding the position of the US in the Middle East on Joe Biden’s Watch dominates, and amidst a string of recent Arab-Israeli peace deals, the Palestinian leadership is considering updating its alliance portfolio as a new region emerges.

The Palestinian leadership are quietly reconsidering their place in the constellation of Middle Eastern geopolitics following a string of recent normalisation deals between a number of Arab governments and Israel, with an eye toward further warming relations with Syria and Russia, according to a member of the Palestinian Authority (PA).

“After the recent deals between Israel and the Arab governments, we Palestinians will now adopt a strategy of more carefully balancing our relationships in the Middle East, where political dynamics are changing fast, and a new region is being born. We see it as important to continue building our relations with Russia, which is playing a greater and more important role in this new Middle East. But also, we seek to continue stretching ties with President Bashar al-Assad who has now retaken most of his country from the rebels, and who has always been a strong supporter of the Palestinian cause” the PA official who preferred to stay unnamed told Sputnik from his residence in the city of Ramallah.

The “deals” referred to by the official are those made under the Abraham Accords, signed between Bahrain and the United Arab Emirates with Israel in September 2020, mediated by the Trump Administration. The accords set the course for the normalisation of relations between Tel Aviv and those two Arab states, and were the first of their kind to have occurred since agreements struck with Egypt in 1979, and Jordan in 1994. On the heels of the Abraham Accords, Israel and Sudan agreed to normalise bilateral relations in October 2020, followed by Israel and Morocco in December.

After the Abraham Accords were penned, the Palestinian Authority Spokesperson, Nabil Abu Rudeineh, called upon the Arab signatories to “immediately retract” what he described as the “despicable decision” and “betrayal” to sign peace treaties with Israel. Following the announcements of Sudan’s and Morocco’s deals with Israel, the PA issued a statement decrying, “any Arab retreat from the [2002] Arab Peace Initiative, which stipulates that normalisation comes only after Israel ends its occupation of Palestinian and Arab lands … [such agreements are] unacceptable and increases Israel’s belligerence and its denial of the Palestinian people’s rights.”

However, now that the Joe Biden Administration appears set to not only accept the outcome of the Trump Administration’s diplomacy between Israel and the above-mentioned Arab states, but to also encourage further normalisation treaties, the senior PA official told Sputnik that siding with those regional actors who “have always stood with the Palestinian struggle,” such as Syrian President Bashar al-Assad, will become increasingly important.

“While we [the PA] acknowledge that the international community, including some of our friends have a difficult time accepting President Assad, and we accept that the Syrian war has been a tragedy for all involved, we also have to try to separate the Palestinian cause from broader regional problems,” the official explained to Sputnik.

He added that in order to work on strengthening relations with Syria, officials from the PA have taken a number of senior-levels trips to Damascus to meet with the Assad government in recent months and years.

“We have visited Syria many times in recent years. We met with, among others, the Syrian Foreign Minister to discuss the situation in both our countries, and how to respond to the United States’ support for Israel’s increased violations of Palestinian rights, including those under Trump’s so-called Deal of the Century. On future visits, we are likely to discuss how the non-aligned Arabs can collectively respond to the Abraham Accords,” the official explained.

“We believe that the Palestinian cause transcends all inter-Arab disputes and disagreements. And for us, those among our Arab brothers who still stand with us against Israel’s injustices are important. What can we Palestinians do? Just accept this fate that has been dictated by the US? No, we will always accept support and solidarity from those, Arab and frankly non-Arab, who want to offer us support. The Assad family has given unconditional support to the Palestinian cause against Israeli occupation for decades, along with others in the region, therefore we think as the region changes, it is time to give those relations more attention and more priority,” the official added.

On the broader geopolitical situation in the Middle East, and specifically the place of Palestinian Autority within it, the official explained that there are a number of “alliance systems” emerging in this “new” region. According to him, one of the major systems consists of Israel, the Arab Gulf States, particularly those that have signed the Abraham Accords, backed by the US. However, as Washington seeks to scale down its directly military involvement in the region, in what is popularly referred to now among US pundits as ending the “forever wars,” Israel and the Gulf States – potentially including Saudi Arabia in the not-too-distant future – will likely intensify their security cooperation. The other major and opposing axis is between Iran, Hezbollah, and the Gaza-based Palestinian Hamas.

Therefore, the senior PA member explained that while the US “will continue to play a leading role in the region for now,” as it turns its attention toward China in the Asia Pacific, the Middle East is undergoing a “shift” from a unipolar security order “dominated by the US” toward one of multipolarity in which “various powers and axes” will exist simultaneously.

“For we Palestinians, we have to consider which of these will help us to put pressure on Israel. We also see Russia as a new potential mediator in the region outside of these axes that can help to broker possible solutions with the Israeli side. In fact we have seen their active role in the Palestine file already, and we hope they will continue with it.”