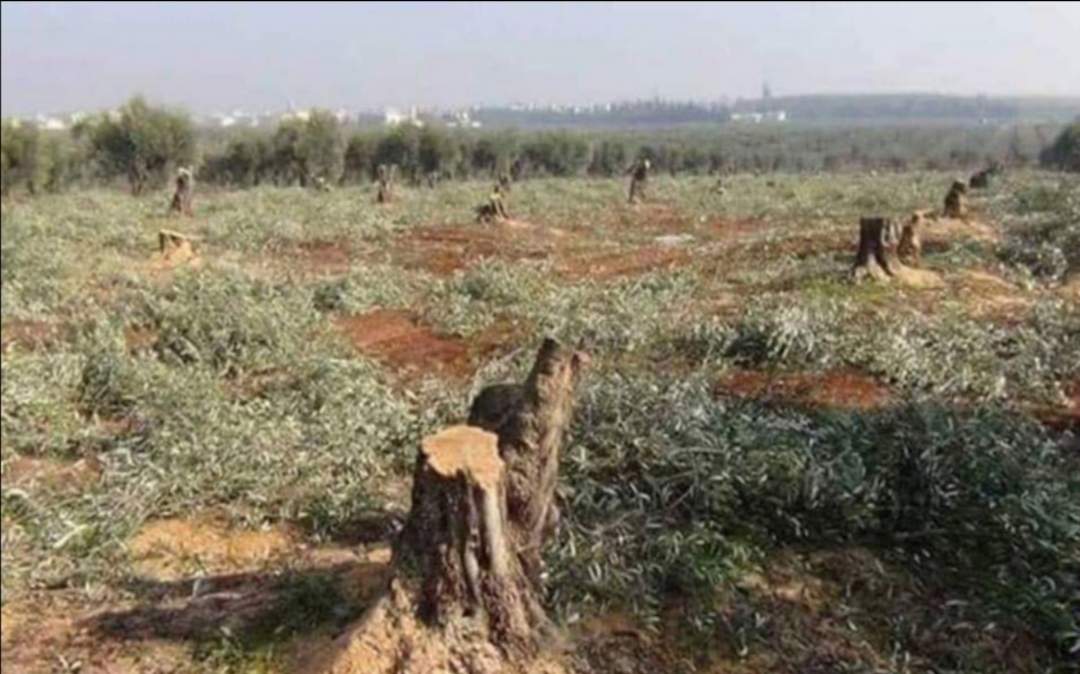 A local source said that armed men from the Turkish-backed “Suqour al-Sham” faction cut down trees on agricultural lands in “Afrin”, northern countryside of Aleppo.

The source pointed out that the pro-Ankara factions committed a new violation against civilians in the region as “Suqour al-Sham” militants stormed agricultural land in the area, and cut more than 400 fruitful olive trees there.

The source indicated that the gunmen stormed the field located in the village of “Qizilbash” in the district of “Bulbul” in Afrin countryside, indicating that the land belongs to a citizen from the region who was displaced after the Turkish forces and their factions invaded Afrin years ago.

The militants cut down fruit trees and turn them into firewood that they sell for heating, pointing out that the factions’ practices and violations in “Afrin” have eliminated a large space of the olive fields that the region is famous for, where the militants cut down trees and exterminate agricultural seasons in order to collect money without anyone being held accountable.

These practices come in light of the continued Turkish support for the armed factions northern Syria, which implement Turkish agendas and policies, in exchange for practicing all forms of violations against civilians in order to collect money from thefts to finance themselves.