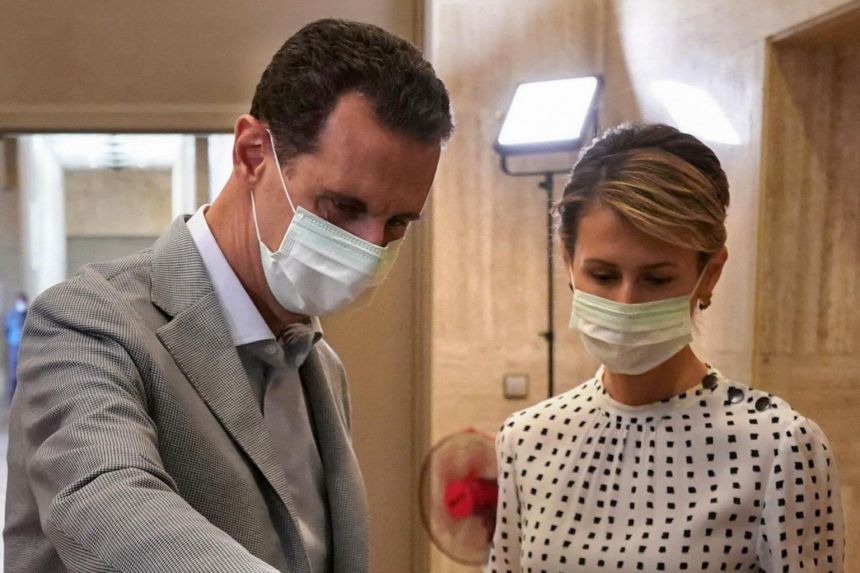 Syrian President Bashar al-Assad and his wife Asma have tested positive for coronavirus, according to a statement by his office, but they are both in good health.

The official Syrian Arab News Agency (SANA) said the duo had shown “mild symptoms” of COVID-19 on Monday, but were in good and stable condition.

“After experiencing mild symptoms that resemble COVID-19, President al-Assad and First Lady Asma al-Assad took a PCR test, and the result showed that they are infected with the virus,” said the statement.

The statement added that “they are in a good health and in a stable condition” and will remain in self-quarantine at their residence for up to three weeks.

The new development comes a week after Syria began the vaccine rollout in the country for frontline health workers and other high-risk groups receiving the jabs in the first phase.

The World Health Organization, UNICEF and the Gavi vaccine alliance have pledged help to the Syrian government to acquire jabs to initially cover at least three percent of the population and aim for 20 percent by the end of the year.

Syria in December signed on to the WHO’s Covax initiative to procure vaccines.

The country has also authorized the use of Russian made Sputnik V vaccine.

According to a report by SANA, the ministry on Thursday received Iran’s medical assistance, including detection supplies, devices for body temperature screening and oxygen delivery devices.

The efforts to contain the spread of coronavirus have been hampered by an economic crisis fueled by Western-imposed embargo designed to harm the civilians.

The country’s health officials have warned of a spike in infections in coming weeks, calling for strict compliance with health guidelines.