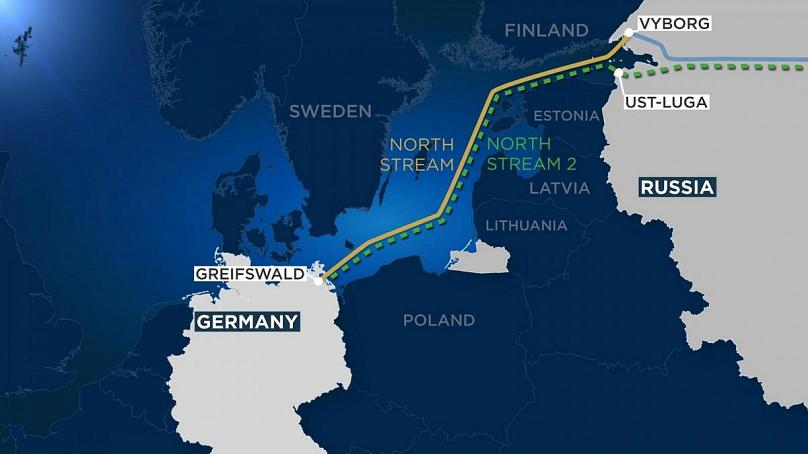 US Europe Command has raised its posture to the highest level, “potential imminent threat”, as USAF surveillance flights have tracked Russia’s border over the past 48 hours.

The current flare of tensions sparked on March 26, when four Ukrainian military servicemen were killed by a landmine while inspecting minefields near the village of Shumy. Kiev and their partners the US and NATO used the deaths to blame the forces of the Donetsk People’s Republic, who denied any attacks.

Dmitry Peskov, the Russian presidential spokesman, said the Kremlin was worried the Ukrainian side might create the risk for a civil war if they initiated provocation in southeastern Ukraine.  Peskov added that Russia would take “additional measures” if NATO were to use provocation.

The US forces are now on high alert in Europe and blaming “Russian aggression” in the area. An official from NATO said to Reuters that Russia was undermining efforts to reduce tensions in eastern Ukraine.

Rebels seized parts of the Donetsk and Luhansk region in April 2014, and the Kremlin says Russian “volunteers” have been assisting the rebels.

Maria Zakharova, the Russian Foreign Ministry Spokeswoman, said during Friday’s briefing, “I would like to warn the Kiev regime and the hotheads that are serving it or manipulating it against further de-escalation and attempts to implement a forceful scenario in Donbass.”

Zakharova said that Ukrainian officials regularly accuse Russia, while not adhering to, and implementing the agreements reached previously on settlement in eastern Ukraine.

“At the same time, Kiev is trying to convince everyone that Moscow is allegedly a conflict side and that it allegedly has some obligations within the Minsk Package of Measures,” Zakharova added.

The Minsk Agreements outline the conflict sides in Donbass as Kiev, Donetsk, and Lugansk. However, Kiev attempts to place blame on Moscow.

Zakharova said, “The unwillingness of Ukrainian negotiators to recognize this fact and their refusal to find agreements with Donbass is the reason that hinders the establishment of long-lasting peace in the region.”

US President Joe Biden spoke by phone with Mr. Zelensky in Kiev on Friday. The White House said in a statement that the call “affirmed the United States’ unwavering support for Ukraine’s sovereignty and territorial integrity in the face of Russia’s ongoing aggression in the Donbas and Crimea.”

The Nord Stream 2 gas pipeline project bypasses Ukraine.  When completed it will connect Russia’s Ust-Lug and Germany’s Greifswald with natural gas. The construction of the pipeline from the coast of Russia through the Baltic Sea was expected to be completed before the end of 2019 and will be 1,220 km long.

Ukraine, the US, Poland, and the Baltic States oppose the pipeline, while Russia’s Gazprom is in alliance with several European companies.

Ukraine stands to lose approximately $3 billion annually in gas transit fees because of the bypass.

The US is pressuring European allies, and private companies, involved in the pipeline to stop their involvement in Nord Stream 2, and the US is planning broader sanctions against the Russian project within the month.

The Rose Revolution was a US-instigated ‘regime change’ project in Georgia in November 2003, which culminated in the ousting of President Eduard Shevardnadze. At the same time, it served as a proxy attack on Russia, which had been close to Georgia.

Demonstrators led by Mikheil Saakashvili, who was funded by George Soros, stormed the Parliament session with red roses in hand.

US support for the Shevardnadze government declined from 2000 to 2003, with pressure coming from George Soros, Richard Miles, the US ambassador to Georgia, and allies of the Bush administration, including a visit from James Baker, the former U.S. Secretary of State.

The US and allied organizations gave financial assistance to NGOs and opposition parties within Georgia. This tactic was classical US State Department procedure to bring about ‘regime change’, or other manipulations in foreign countries.

The 2014 Ukrainian revolution from November 2013 to February 2014 culminated in the ousting of the elected Ukrainian President, Viktor Yanukovych, who had been close to Russia, and the overthrow of the Ukrainian government.

US Senator John McCain came in December 2013 to rally protesters, “We are here to support your just cause, the sovereign right of Ukraine to determine its own destiny freely and independently, and the destiny you seek lies in Europe.”

The Obama administration backed ‘regime change’ in Ukraine, and Vice President Joe Biden was handed the Ukrainian file to manage.

Russian Foreign Minister Sergei Lavrov arrived in China on March 22 and met with the Chinese State Councilor and Foreign Minister Wang Yi.  The two discussed recent developments with the US and urged the US to rethink the damage it has caused to international peace.

Lavrov and Yi urged the US to stop its global bullying tactics, and interference in other countries’ internal affairs, and to stop forming alliances with other nations to manipulate and provoke confrontations.  The two urged all countries to follow the UN Charter to boost peaceful international relations.

Chinese spokesperson Hua Chunying said, “China and Russia, standing shoulder to shoulder with close cooperation and firm opposition to hegemony and bullying, have been a pillar of world peace and stability.”

Lavrov called for promoting other international currencies that can replace the US dollar and gradually move away from the Western-controlled international payment system so that the risks posed by US or Western sanctions against Russia and China can be reduced, and several Russian banks have joined the China International Payment System to facilitate bilateral trade settlements.

The four dead Ukrainian servicemen may be used to stop Nord Stream 2 pipeline. The men who died while inspecting minefields may be used as a tool to blame Russia for Ukrainian inaction on the Minsk Agreements, and to prevent the important Russian pipeline from completion.  The US-NATO war machine has worked in collusion before in Serbia, Libya, and Syria. Biden’s bullying and manipulations in Ukraine and Russia may prove to be the first test of his administration on the world stage.