Home Politics Joe Biden: Who is the “Killer President”? 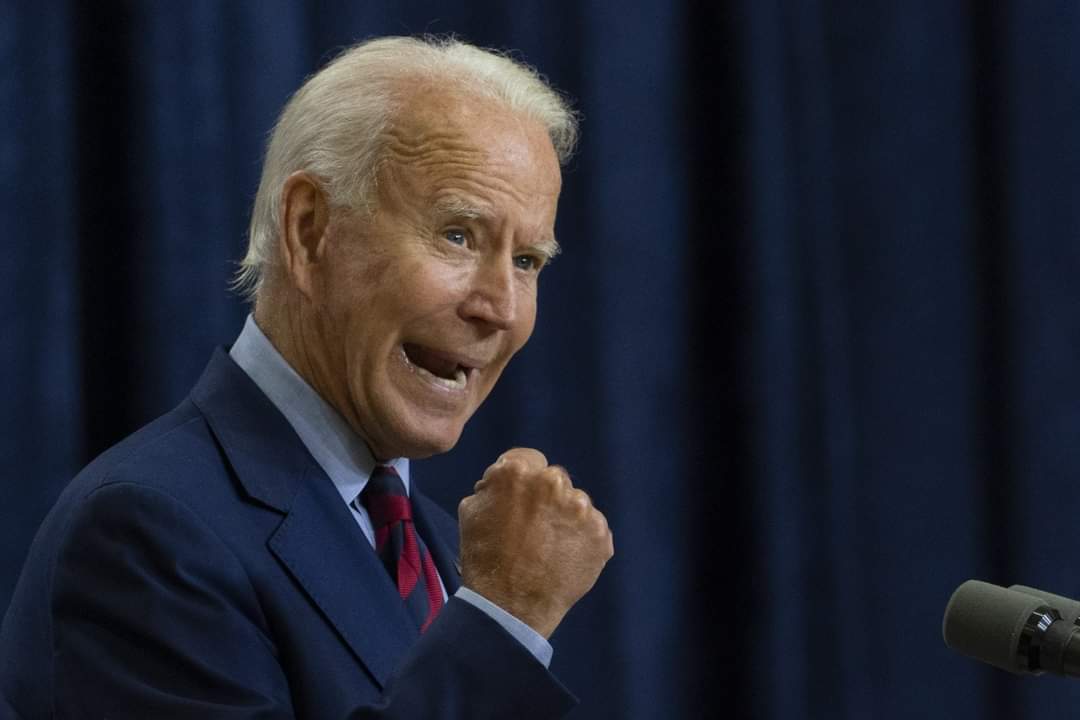 On March 18th President Biden made the absurd accusation that President Putin is “a killer,” an insult not only to President Putin, but to all of Russia. On April 18, the Belarus KGB and Russian FSB revealed that they had exposed a plot, set in motion on Biden’s orders, to murder President Lukashenko of Belarus along with numerous officials, officers and family members, to stage a right wing coup and establish a government that would allow NATO to use Belarus as a base for further hostile actions against Russia. Two of the people involved in trying to arrange the plan have been arrested, one of them a US citizen, have been interrogated and have stated their orders came from the top in the USA.

“I believe that, after this very well-thought-out operation – a joint operation by Russian and Belarusian intelligence – that the Belarusian opposition is not knocked out yet, but knocked down. Undoubtedly, the opposition’s dependence on external forces – from the US first and foremost – is being unveiled quite clearly. Second, the methods that were being discussed on the video tapes clearly turn the Belarusian opposition from ideological fighters into members of a terrorist group rather than an ideological one.”

The exposure of the plot does reveal the so-called opposition to Lukashenko to be a gang of murderers and terrorists and, once again, exposes the US leadership to be equally criminal. The Americans see assassinations of foreign leaders standing in their way as a routine method in their quest for world dominance.

Another name for the USA could be the name of a Mafia hit group in the US, Murder Incorporated. Trujillo, Arbenz, Allende, Diem, Lumumba, Ghaddafi, Sadat, Hussein, are just a few of the names of their victims that come to mind. Readers can no doubt add more to the list with attempted murders, such as Fidel Castro. But let us not forget the assassinations of their own leaders who stood in the way of the powers behind the presidency in the US; victims such as Jack Kennedy, Bobby Kennedy, Martin Luther King.

Beyond the killing of individuals, Biden surpasses Trump in his lust for war and blood, with his rapid escalation of hostilities towards Russia and China, and the increased barrage of propaganda against both to demonise them in the minds of the public in the west. The situation has so far deteriorated because of American provocations, that China has warned that it is prepared to battle both the US and Japan if that is what it takes to protect their sovereign rights over Taiwan, and Russia recalled its ambassador from Washington in March and several days ago essentially told the US ambassador to leave Moscow and, despite his bluster about not leaving, he has left.

Normally such a deserved humiliation for the US would be front-page news in the west but there is hardly any reporting of the fact, nor that the US plots against Belarus have been exposed.

An objective history of America from its inception would label this nation as a killer nation, for its leaders and people are only content when they are killing others to enrich themselves, and killing each other as their brutal society descends into a daily record of mass shootings, and police terrorism against the black population, about which Biden does absolutely nothing.

The people are not protected for their government is unable, and worse, unwilling, to do so. But what can we expect from Biden when he has enthusiastically supported every war the Americans have started in the world since he was old enough to talk; has enthusiastically called for the deaths of millions of people to advance American interests.

And now he is risking World War Three, a nuclear war that will erase his nation from history, along with the rest of us, if he keeps up the hostile rhetoric and the hostile actions against those nations who refuse to bow to US diktats. I was told once in Moscow that the Americans are viewed as completely irrational, and so very dangerous. They live in a world of illusions, believing the illusions to be reality, and are convinced they are invulnerable. Perhaps it is this that has driven them to the fundamental mistake of trying to fight a war on several fronts at once, against Russia, against China, against Iran, North Korea, all of which can inflict fatal damage on them if war breaks out but if it does it means the end of all humanity as well.

Russia, China, Iran, North Korea have all called for peace, for dialogue, for respect for international law, for reductions in arms of all types, for a just world order not a brutal American world order. But these calls are rejected out of hand and met with more demands to obey the USA, as if this nation, founded on slavery and genocide, has any moral authority to tell anyone anything.

Russia, China, and the other nations have truth on their side, But as Clausewitz wrote in On The Nature of War,

“Truth in itself is rarely sufficient to make men act…The most powerful springs of action in man lies in his emotions.”

This of course, is the key to the propaganda war being waged by the US, to spread a false “truth” but with sufficient emotional content to motivate their people to support the aggression they plan. The nations resisting are in possession of the real truth but are limited in their ability to influence thought and action among the peoples of the west because of the complete control over the media in the west.

The political objectives of the Americans and their NATO vassals will guide their use of violence to achieve their ends. This is not easy to determine just based on rhetoric, on words, and so has to be determined by their actions, what they do instead of what they say. The Americans claim to be for peace and democracy yet live by war and the destruction of democracy. They claim to be for “human rights” yet recognise none unless imposed by themselves and use it as the bait for the naïve to drag them down the road of war. They claim they care about that little man Navalny, but they want the destruction of Russia as a state, just as Hitler and his Nazis did, while their political prisoner, Leonard Peltier, languishes for decades in prison at Ft. Leavenworth. They are no different from the Hitlerites, use the same methods, make the same threats, care nothing for the law or morality. They claim they want stability in Europe yet mass their armies up against Russia’s borders, ring it with missile systems, and plan nuclear war. They do the same to China.

Their insane internal logic drives them to the abyss. Their society is falling apart at the seams. The world sees it. The world knows it. If they had no nuclear arms no one would give them a second thought, except as a sad and tragic example of how a society, based on selfishness and the individual’s unlimited ability to exploit others, leads to a form of hell on earth.

We are now at a nadir in the political relationship between Russia and the US. They no longer have ambassadors present in the other’s capital. Dialogue, which the Russians have been urging for years has broken down and has done so because there is no goodwill coming from the USA whatsoever, only insults, threats, and preparations for war. You can’t talk to a mad dog.

We can hope more reasoned voices appear Washington, but that is a dim hope indeed since all factions in both of their parties seek to dominate the world and are ever eager for war. We can hope that Russia continues to play a cool hand, but the other side knows no rules and anything is possible. The Russian and Chinese governments, the government of the other nations under threat from the USA know what they face.

But do the people of the world realise what the future holds if the situation does not change for the better? I don’t think they do or take it seriously if they do. So, it seems to me we should call for an international defence of the people of Russia and China and the other victim nations, with the objective of exposing the lies, the objectives behind the lies and the risks of annihilation that we face unless they, the Americans and their puppets are stopped. For if we leave it to world war to stop them, we are lost.

Christopher Black is an international criminal lawyer based in Toronto. He is known for a number of high-profile war crimes cases and recently published his novel Beneath the Clouds. He writes essays on international law, politics and world events, especially for the online magazine “New Eastern Outlook”.