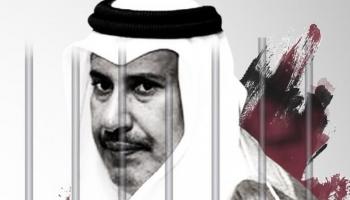 Follow the money: Qatar accused in London of funding terrorism

A court case is making its way through the commercial division of the UK High Court in London, which alleges Qatar funneled money to the Al Qaeda affiliate in Syria, Jibhat al-Nusra.  Qatar National Bank and Doha Bank stand accused of facilitating the transactions.  The UK and Qatar are close allies, and Doha Bank does business in London.

Nine unnamed Syrians filed a claim for damages against two Qatari banks, multiple charities, businessmen, politicians, civil servants, and other defendants, alleging that the Gulf state’s monarch’s private office was central to a scheme of illicit money transfers to Jibhat al-Nusra. The accusers are claiming damages for financial losses, torture, arbitrary detention and threats of execution at the hands of Jibhat al-Nusra. Matthew Jury, the managing partner at McCue & Partners, said: “British justice is the envy of the world, a refuge for victims to hold perpetrators of international crimes to account and we must ensure it remains that way.”

The case alleges that the conspiracy includes the Muslim Brotherhood, meetings in Turkey and money laundering. The defendants include Hamad bin Jassim al-Thani, Qatar’s former prime minister, and Abdulhadi Mana al-Hajri, the owner of Ritz hotel in London.

In November 2020, allegations of perverting the course of justice emerged in London in the case against Doha Bank. Ben Emmerson QC, who represents four of the claimants, told the high court that interference with justice had included “harassment, intimidation, pressure, unlawful covert surveillance overseas, threatened visits by armed and masked men during the night, attempted bribery and criminal inducements”. The Met police counter-terror unit investigated the allegations.

In August 2020, a courtroom transcript revealed by the Nordic Monitor website exposed that Turkish Brigadier General Semih Terzi was killed on the direct orders of Lt. Gen. Zekai Aksakalli, the then head of Turkey’s Special Forces Command.

The court transcript containing the testimony of Col. Firat Alakus, of the intelligence section of the Special Forces Command, revealed that Terzi discovered the illegal transfer of Qatari funds to jihadists in Syria.  In a hearing at the 17th High Criminal Court in Ankara in March 2019, Alakus testified that Qatar was involved in the conspiracy against the Syrian government, and funds were funneled to support terrorists after they were transferred to Turkey.

In 2013, the Financial Times reported that Qatar had spent as much as $3bn bankrolling opposition groups in Syria. Jibhat al-Nusra is listed by the UN, US and EU as a terrorist group; however, it became the strongest armed group on the ground fighting for ‘regime change’ in Syria. Western media continues to wrongly refer to Jibhat al-Nusra as ‘rebels’ as they occupy Idlib today and hold about three million civilians as human shields.

In 2017, a number of Arab countries imposed a land blockade against Qatar and cut relations citing Qatar’s support for terrorism.

David Cameron, former Prime Minister of the UK, fully supported the US-NATO ‘regime change’ project in Syria, designed to remove a secular president and replace him with a Muslim Brotherhood puppet who would be compliant with the West, and Israel.

The recent media reports on the case accusing Qatar have used the term ‘secret’ in describing the funneling of money to fund terrorists in Syria, but it was never secret, and everyone who was a victim of terrorism in Syria was well aware the money was coming from Qatar through Turkey, which served as the base of operations for the terrorists.

Turkey was the physical location, Qatar provided the funding, but it was the US Central Intelligence Agency’s office in Southern Turkey which coordinated weapons, training, satellite imaging and logistics for the terrorists in Syria.  Weapons were sent from Libya to Turkey via Hillary Clinton’s ordered ‘Rat Line’ and handed over to the terrorists. Turkey used military trucks to ferry weapons across the border to Idlib, and in one case, an American reporter witnessed a UN truck carrying arms and terrorists crossing the border.  Serena Shim was killed shortly after her reporting.

In a 2017 interview, Hamad bin Jassim bin Jaber al-Thani, admitted that Qatar supplied financial support to the terrorists, but he explained that the money was supplied at the behest of the US.  Jassim’s defense points the finger of blame at former US President Obama, who was the co-architect of the war on Syria, alongside former French President Nicholas Sarkozy.

“Anything that went, went to Turkey and was coordinated with US forces,” al-Thani explained on Qatari TV, while adding, “All distribution was done through the US and the Turks and us and everyone else that was involved, the military people.” He had previously voiced similar admissions in an interview with the US journalist Charlie Rose.    Qatar is home to the al-Udeid air base, hosting some 11,000 US soldiers, making it the largest US military base in the entire region.

Radical Islam is a political ideology, and all of the terrorists and so called ‘rebels’ were following Radical Islam.  France’s Macron now states that France is at war with Radical Islam after having suffered many terrorist attacks on French soil.  However, Sarkozy, Obama, and Cameron knowingly supported terrorists in Syria for their narrow political agenda, to effect ‘regime change’.  A devastating terrorist attack involving innocent lives lost in Paris is a tragedy, but the same attack multiplied 100 times in Damascus is justified.  Qatar, Turkey, US, EU, and the UK all have blood on their hands.