Erdogan staged a coup to silence his opposition 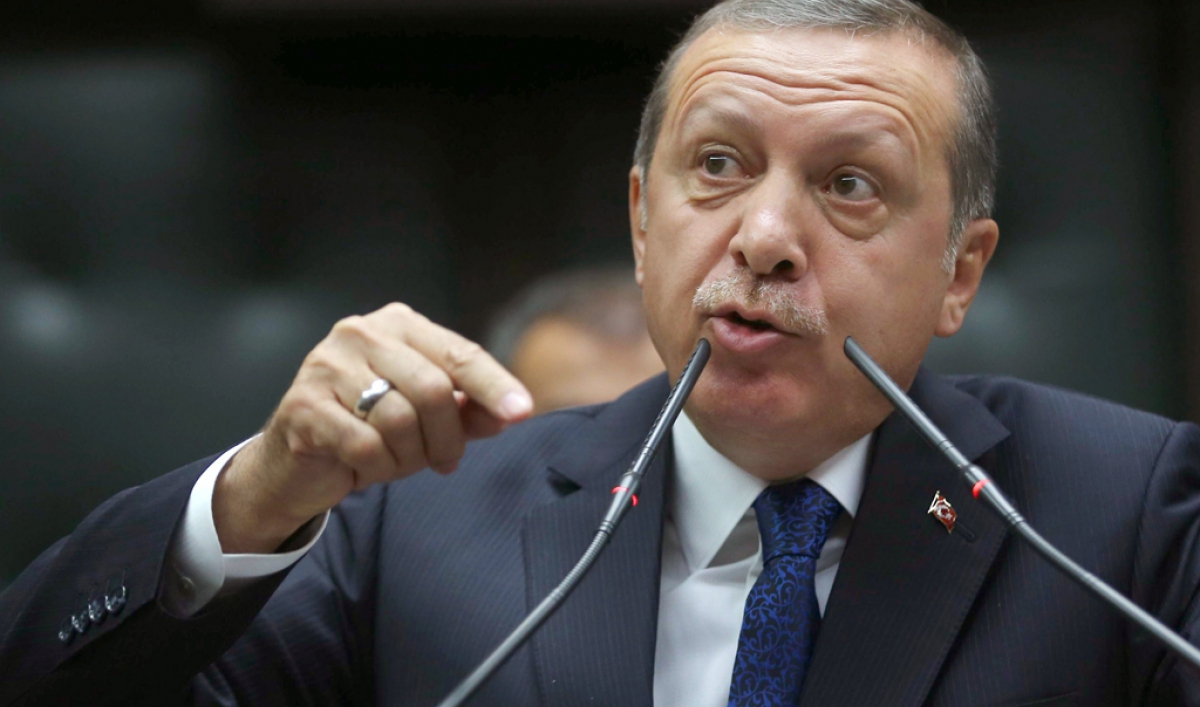 Turkey’s armed forces are known for their efficiency. However, officers bungled the coup attempt so badly that critics describe the events of July 15, 2016, as a “self-coup” organized by Turkey’s President Recep Tayyip Erdogan to justify consolidating his grip on power, which resulted in 300 deaths and more than 2,000 injured.

Turkish officials say that nearly 6,000 members of the judiciary and military, including generals, have also been detained on suspicion of having links to the coup attempt, while 8,000 police officers have been suspended.

Law enforcement started arresting political opponents within hours, and Erdogan declared an open-ended state of emergency, allowing rule by decree. More than 40,000 people were detained or arrested in the immediate aftermath of the attempted coup. Since then, more than 100,000 members of the military, police, and judiciary were dismissed, and at least 30 governors were fired

The education sector, a steadfast defender of secularism, was targeted with more than 1,500 university deans forced to resign and about 21,000 teachers suspended or fired.

Erdogan claimed that the Turkish Grand National Assembly was bombed by warplanes. However, crater analysis showed that explosions came from within parliament.

In a made-for-television moment, Erdogan stood atop a bus in Istanbul surrounded by supporters waving Turkish flags and chanting his name, in what could pass for a campaign rally.

Fethullah Gulen, a Turkish preacher, and businessman has lived in self-imposed exile in the United States since 1999. He lives in a small room in a two-story brick prayer hall in a gated 26-acre compound in Pennsylvania’s Pocono Mountains. He rarely leaves the Golden Generation Worship and Retreat Center complex, where his movement, Hizmet, offers religious instruction, and he is in poor health.

Gulen split from Erdogan over a corruption scandal in 2013 but had previously been one of Erdogan’s closest supporters.

Speaking from the US, and in response to Erdogan’s accusation against Gulen, Alp Aslandogan, media adviser to Gülen said, “The Turkish government hasn’t produced anything. Thank God, this is a country of laws, and we depend on that.”

“The coup appears to be poorly planned,” he said, “very poorly executed and everything seems to be playing into Erdoğan’s hands. There are many big question marks of how [this attempted coup] was executed.”

Gulen has rejected all accusations that he was behind the coup attempt.

Who is behind the coup?

Gulen has claimed Erdogan used the failed coup to set up a dictatorship.

“I don’t believe that the world believes the accusations made by President Erdogan,” Gulen said. “There is a possibility that it could be a staged coup and it could be meant for further accusations [against Gulen and his followers].”

Erdogan may have staged the attempted uprising himself to justify civil rights clampdown, and his promise to purge the state institutions of the ‘virus’ of Gulen-inspired ideology lends credence to the notion.

Turkey’s intelligence services continue to abduct scores of the country’s citizens abroad. The kidnappings and forced renditions are mostly of suspected supporters of Gulen.  The Turkish justice minister said 107 “traitors” had been captured abroad by 2019.

Orhan Inandi, a Turkish-born Kyrgyz citizen went missing on June 1. His car was found near his home and his wife claims he is being held inside the Turkish consulate in Bishkek.

Gulen’s nephew, Selahaddin Gulen, disappeared from a police station in Kenyan’s capital despite a court order banning his extradition. He later appeared handcuffed in Ankara.

The former head of the Kosovo Intelligence Agency, a border police chief, and a top interior ministry official are charged in February with abusing their positions in handing over six Turks working in Gulen-linked schools to Turkey in March 2018. They were tortured on a private jet by Turkish agents on their way to Turkey, according to their families.

Two Turks associated with Gulen were captured and returned from Uzbekistan to Turkey.

Europe’s top rights court condemned Moldova in June 2019 over the rendition of five Turkish nationals with alleged ties to Gulen. They were put on a special plane back to Turkey in a joint operation between Turkish and Moldovan intelligence agencies.

In April 2018, MIT agents flew three associated with Gulen out of the West African state of Gabon.

Mongolia grounded a Turkish air force jet in July 2018 after Veysel Akcay was seized by five men as he left his home in the capital Ulaanbaatar and thrown into a vehicle. He was later freed and the jet allowed to leave after a stand-off between the Mongolian and Turkish governments.

Erdogan was consolidating his dictatorship and purging reformers from civil society, and he then called for snap presidential and parliamentary elections in 2018, leading to constitutional reform that institutionalized his sweeping executive powers. Under Erdogan’s dictatorship, Turkey declined, with its democracy and economy in shambles.

Turkey blames the US for the coup attempt, and Erdogan has gone so far as to accuse the US of plotting the coup and helping to carry it out, singling out General Joseph Votel, head of the US Central Command, for siding with coup plotters.

Erdoğan called on President Obama to arrest Gülen after the event and deport him to Turkey.

US Secretary of State John Kerry, responding to claims of US involvement said, “It does not seem to have been a very brilliantly planned or executed event.”

President Joe Biden’s decision to recognize the Armenian genocide and his administration’s overall willingness to be tougher on Turkey has brought the tension between the two to an all-time high.

NATO has valued Turkey for its location: close to Russia and the Middle East, and the strength of its Army.

The Turkish move towards Russian weaponry stemmed from the antagonism of the US, which employed the terrorist-linked Syrian Kurds as partners in the war to defeat ISIS.  The YPG is linked with the PKK who has filled thousands in terrorist operations within Turkey over decades.

Russia and Turkey at odds

Although Turkey bought the Russian air defense system S-400, still Ankara and Moscow are at odds over Syria, Libya, Nagorno-Karabakh, and Ukraine.

Russia and Turkey entered a joint agreement to guarantee the highway from the port of Latakia, Syria to the industrial city of Aleppo would remain open and free of terrorist attacks.  Turkey never fulfilled their part of the deal, and the highway remains closed to traffic due to the Jibhat al-Nusra terrorists who occupy Idlib, and are supported by Turkey.

Erdogan and his neighbors

Turkey precipitated a crisis with fellow NATO allies Greece and France last summer. Turkey drew a maritime boundary with Libya that has no legal basis and essentially cut the Mediterranean in half. This Turkish maneuver threatened the Greek island, Crete and its potential undersea gas fields. France, which regards itself as a Mediterranean power, took exception to the Turkish move, as did the Greeks, and the threat of military action hung in the air.

Turkey started prospecting for gas, but in the waters of the Republic of Cyprus, which also alarmed Greece and NATO allies.

Erdogan has repeatedly held the threat of unloosing a wave of Syrian refugees into Europe over the heads of NATO allies.  He has proven that he will pursue his own goals even if that means serious conflict with his neighbors and NATO allies.

President Putin and President Biden share a common problem: President Erdogan of Turkey, who is at times friend and foe in a bi-polar display of mixed messages. In the upcoming Biden-Putin summit on Wednesday, Erdogan is sure to be on the agenda.