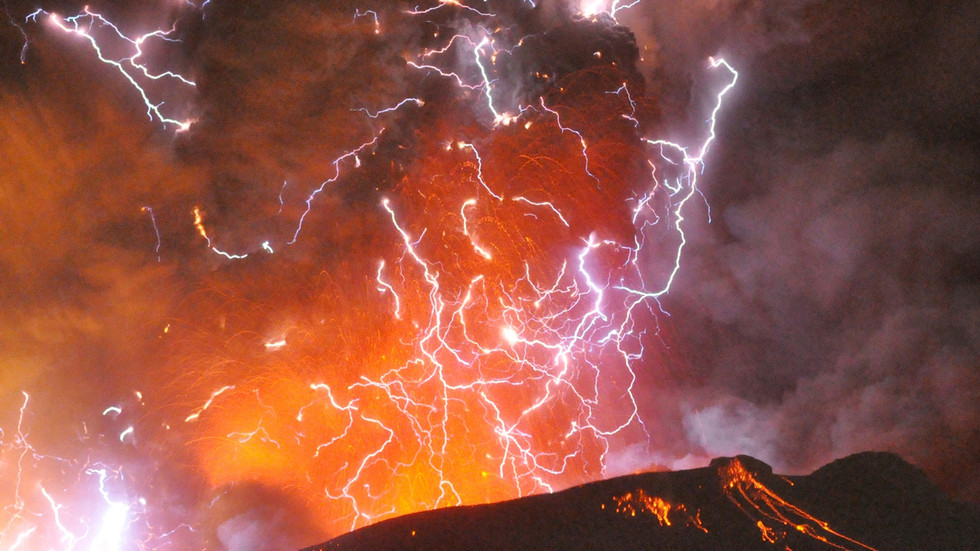 A new study has said that monitoring lightning and invisible electrical bursts, known as “vent discharges,” at volcanoes could help predict imminent and explosive ash-rich eruptions which may be dangerous for people and planes.

In the research, published recently in the journal Geophysical Research Letters, a team of scientists led by Cassandra Smith, a volcanologist at the Alaska Volcano Observatory in Anchorage, presented their findings after monitoring 97 different volcanic explosions in order to learn more about the connection between electrical activity and volcanic activity. The field work took place at Japan’s Sakurajima volcano back in 2015.

The team noted that while many people are familiar with the dazzling lightning that often occurs on the backdrop of an ash-filled sky, less is known about the smaller, invisible bursts of electricity. The scientists claim that, from their analysis, the two different types of lightning did not always occur during the same explosion, indicating that they are each caused by different processes.

Lightning occurred in the presence of ash-dense plumes, they said, while vent discharges – the invisible bursts of electrical activity – were most likely to occur when ash-rich plumes were sent shooting into the sky with an explosive velocity greater than 55 meters per second. The findings suggest that the type of electrical activity may help predict the intensity of the impending eruption.

“Once you get to a certain intensity of eruption, you’re going to see these vent discharges,” Smith told Science News.

While further research may be necessary, the scientists involved in this study hypothesized that vent discharges occur “because rock breakup and particles rubbing together create a static charge close to the vent.”

The team concluded that their findings offer important clues as to the type of eruption which is likely to occur, and could aid existing observatory models into the activity of volcanoes.Volcanic ash-clouds can pose a hazard to air traffic as well as to people living nearby, Smith noted.

In 2010, eruptions at the Eyjafjallajokull volcano in Iceland caused major disruption to international air travel, with airspace closures and more than 100,000 flights cancelled in and around northern Europe in an eight-day period. Further eruptions triggered shorter national and regional closures.