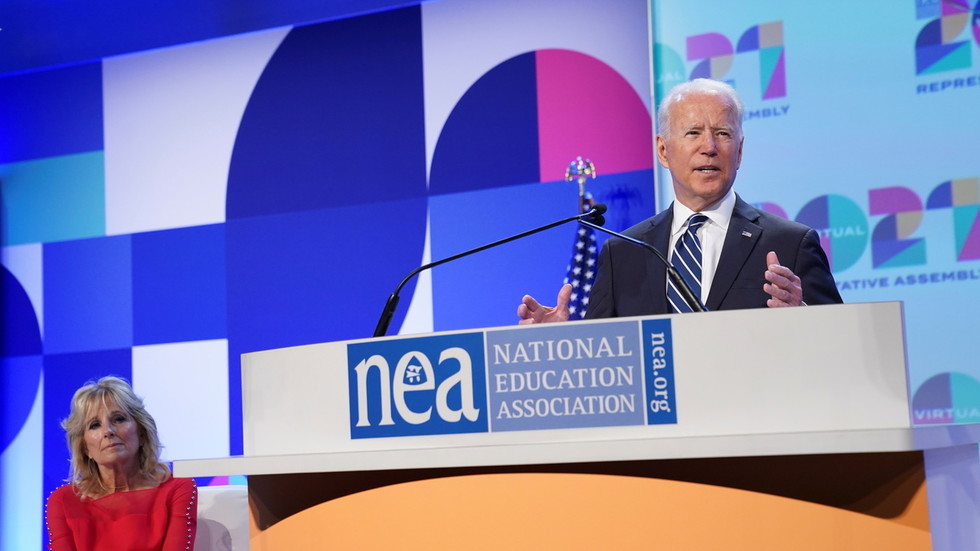 A series of measures aimed at promoting the concept was adopted at the NEA Annual Meeting and Representative Assembly, taking place virtually this year from June 30 to July 3. First reported by Christopher Rufo, who has been at the center of Republican-driven push to banish CRT from public schools, the plan will see the NEA “share and publicize, through existing channels, information already available on critical race theory (CRT),” as well as resisting attempts to “ban critical race theory and/or The 1619 Project.”

Denouncing the plan, Rufo interpreted it to mean that “the argument that ‘critical race theory isn’t in K-12 schools’ is officially dead.”

With 3 million members and affiliates in 14,000 communities across the US, the NEA is a powerful lobbying group that has generously contributed to liberal causes, giving millions in donations to liberal groups and Democratic candidates in the 2020 election cycle, including funneling $176,649 directly to President Joe Biden’s campaign, according to the ‘Open Secrets’ website. The NEA, which counts Biden’s wife, Jill among its long-time members, drew praise from the president as recently as Friday, who called it “one of America’s indispensable organizations.”

Proponents of CRT say it is just another academic concept, which teaches that racism in America is systemic and permeates the legal system, as well as policy. Critics of CRT see it as a dangerous ‘Marxist ideology’ which is “inherently bigoted” and serves only to pit different races against each other.

Former US President Donald Trump has blasted both CRT and the 1619 Project, and about two dozen states have passed or are considering legislation aimed at banning the teaching of theories that portray the US as inherently racist.