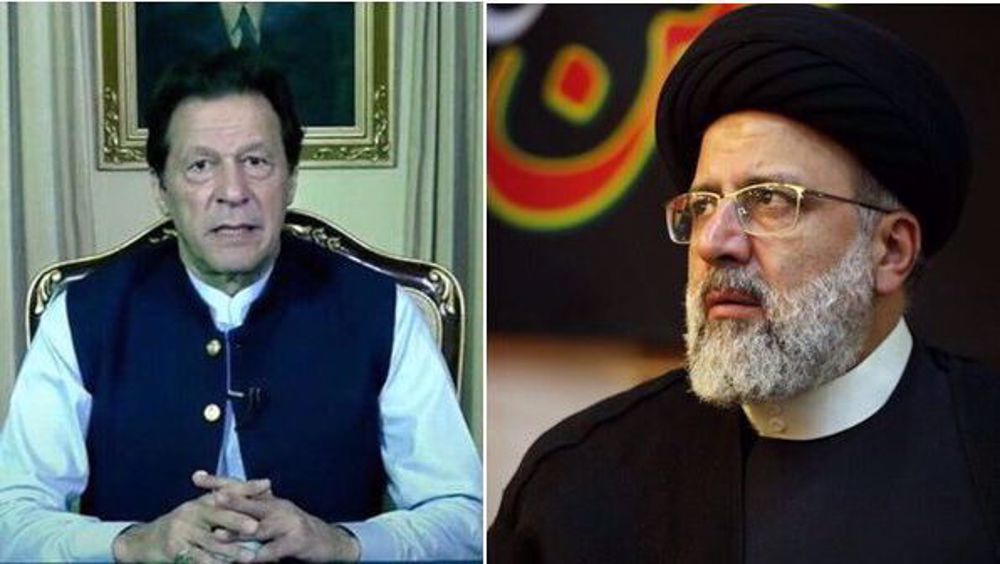 Iran’s President-elect Ebrahim Raeisi says the security of the neighboring Afghanistan should be provided by people of the country, adding that foreign forces only bring insecurity to the region.

Raeisi made the remarks in a Sunday phone conversation with Pakistan’s Prime Minister Imran Khan, during which the two sides discussed various issues of mutual interest.

Iran’s president-elect expressed concern about the ongoing situation in the neighboring Afghanistan, saying, “The security of Afghanistan is important to us and this security should be established by Afghans themselves.”

Raeisi noted that “collective security” in the region could be only established through cooperation of all regional countries, adding, “The experience has shown that foreigners only sow insecurity under the guise of establishing security, and institutionalize instability.”

Fighting has raged between the Taliban and Afghan forces across several provinces of Afghanistan and the militant group claims to have seized more than 100 out of nearly 400 districts in the country.

Some observers are concerned that the Taliban may go on to topple the Afghan government.

The militant group’s advances come as foreign troops prepare to leave Afghanistan after two decades of war and occupation.

US President Joe Biden announced in April that all American troops would withdraw from Afghanistan by September 11, the 20th anniversary of the terrorist attacks that Washington used as a pretext to invade and occupy the Asian country despite the fact that no Afghan national was involved in the attacks.

Five years of ruling Afghanistan by the Taliban came to an end following the US-led invasion in 2001. The militant group was removed, but not incapacitated and Afghanistan continues to be ravaged by persistent attacks.

Thousands of Afghan civilians have lost their lives over the past two decades of conflict, with Washington having spent billions of dollars on the war.

Elsewhere in his remarks, the Iranian president-elect cited Palestine as the factor of convergence in the Muslim world and said effective and constant defense for the oppressed Palestinian people would guarantee “sustainability of regional security.”

The Pakistani premier, for his part, expressed concern over the situation in Afghanistan.

He said diplomacy was the best way to solve the crisis in Afghanistan but, he added, it will not be easy under the circumstances.

Imran Khan expressed hope that he would meet with the Iranian president-elect in the near future.

Raeisi, the incumbent Judiciary Chief of Iran, was elected Iran’s eighth president after he garnered about 62 percent of the votes in the June 18 election.

The election was held amid an ear-splitting political and media campaign by the United States as well as its Western and regional allies trying to portray the vote as “undemocratic.”

Raeisi is scheduled to be sworn in in early August.