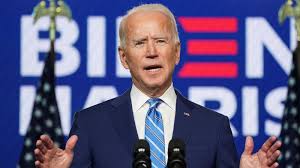 US President Joe Biden has approved an emergency declaration for Florida, as the state is expected to be affected by Tropical Storm Elsa starting Monday, the White House said.

“Today, President Joseph R. Biden, Jr. declared that an emergency exists in the State of Florida and ordered Federal assistance to supplement State, tribal, and local response efforts due to the emergency conditions resulting from Tropical Storm Elsa beginning on July 4, 2021, and continuing,” the White House said on Sunday.

The emergency declaration authorizes the US Department of Homeland Security and the Federal Emergency Management Agency (FEMA) to coordinate all disaster relief efforts in Florida, such as providing equipment and resources necessary to alleviate the impacts of the storm.

“Emergency protective measures, limited to direct federal assistance and reimbursement for mass care including evacuation and shelter support will be provided at 75 percent Federal funding,” the White House specified.

The state government warned that the severity and track of Tropical Storm Elsa remained uncertain and that there was a risk of isolated tornadoes, storm surge, heavy rainfall and flash flooding.