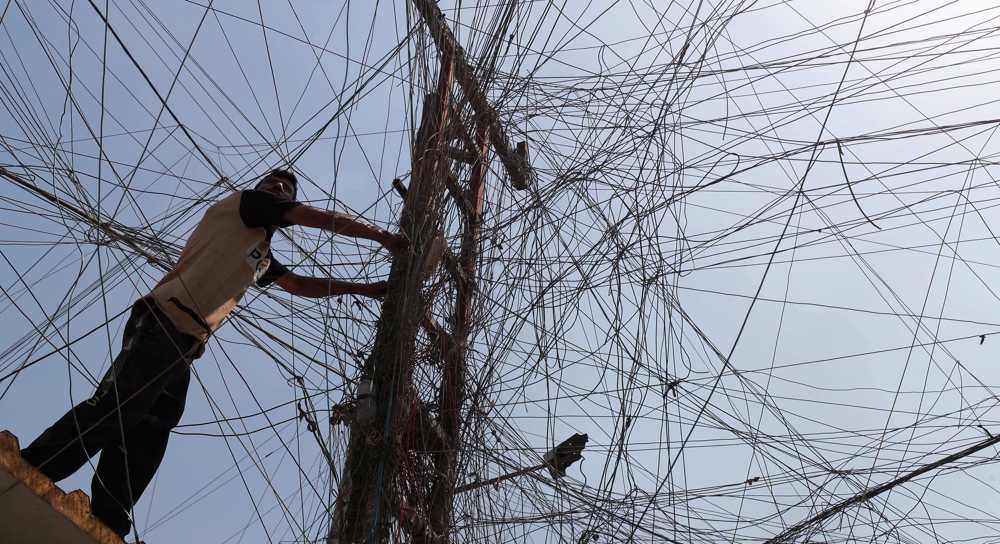 Iraq’s Joint Operations Command has announced the formation of a joint force between the Iraqi army, police and the Popular Mobilization Units (PMU) to protect the country’s power lines from repeated attacks by the Daesh terrorist group.

“There are around 45 transmission lines that have been targeted by terrorists in the past few days,” Major General Tahsin al-Khafaji, spokesman for the Joint Operations Command, told the Iraqi News Agency (INA), adding that most of the targeted power lines have been repaired.

According to al-Khafaji, Daesh seeks to throw the Iraqi population into panic by targeting electricity pylons.

He added that an operations cell involving Iraq’s security forces and the Electricity Ministry staff has been formed to work out strategies for the protection of transmission towers, with the army, police and the PMU set to contribute to the joint effort.

Iraq’s electricity lines have been targeted repeatedly in the past few months, mostly in the territories where Daesh still poses a threat, whereas the terrorist group had already been crushed across the Arab country through a joint effort by Iraq’s army, resistance groups such as the PMU, and other regional actors.

Last week, Iraq’s Electricity Ministry announced that the country’s Salah al-Din Power Station in the holy city of Samarra was targeted by Katyusha rockets, causing severe damage to parts of the generating unit, in an attack claimed by Daesh.Nujaba urges all military institutions to support resistance in push to restore Iraq’s sovereigntyIraq’s Harakat al-Nujaba movement, which is part of Hashd al-Sha’abi, calls on all Iraqi institutions to throw their weight behind the resistance to restore the country’s sovereignty.

Several Iraqi power towers along the electricity transfer line from the eastern Diyala province to east Baghdad were also damaged in explosions that shut electric power.

Last month, the Iraqi ministry said a major power line in Kirkuk governorate was out of service after an act of “sabotage” which targeted two nearby electricity pylons.

Iraqi civilians have faced severe problems due to power outages caused by the attacks while they are already grappling with soaring temperatures in a year of drought and water shortages, in a country where summer temperatures reach over 50 degrees Celsius.

The recent attacks on Iraq’s power distribution facilities coincide with the United States’ targeting of the headquarters of the 14th Brigade of the PMU, also known as Hashd al-Sha’abi, in what observers regard as Washington’s efforts to revive Daesh and, in turn, prolong its illegal occupation of Iraq under the pretext of fighting the terrorist group.President: Iraq defeated Daesh thanks to army, Hashd al-Sha’abiIraq’s President Barham Salih says unity between the army, the Popular Mobilization Units (PMU) and Peshmerga helped defeat terrorism in the country.

In recent years, the US has conducted numerous strikes against PMU forces. The significance of the Iraqi resistance group has been demonstrated by the fact that US President Joe Biden’s first illegal military strike abroad was against the PMU back in February, only a month into his presidency.

Trump’s reckless attack at the time prompted the Iraqi parliament to demand the withdrawal of all US-led foreign troops from the country. Biden’s provocative raid last week drew strong condemnation from President Barham Salih and Prime Minister Mustafa al-Kadhemi, who said the attack was a flagrant violation of Iraq’s sovereignty.

The Parliament’s Security and Defense Committee also slammed the US raid, which targeted three security posts within Iraqi borders, as an act of aggression, urging the government to implement the parliament’s bill, approved unanimously on January 5, 2020, to expel the US-led foreign forces from the country.