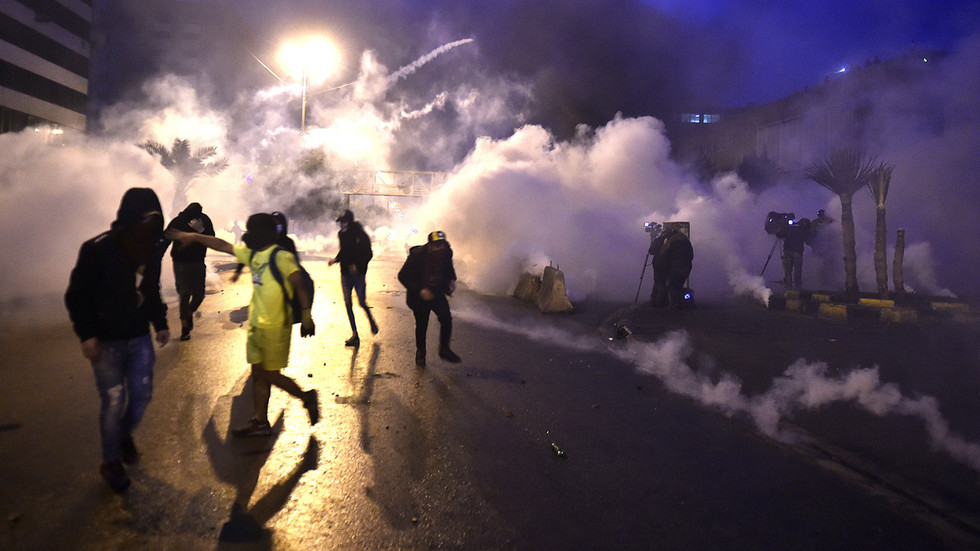 Lebanon’s caretaker prime minister has warned diplomats that the country is days away from a “social explosion” and called for help from the international community, as the nation tries to avert catastrophe.

Speaking after a meeting with ambassadors and diplomats in Beirut, Hassan Diab told officials that Lebanon was facing a “painful and dark reality,” due to the social and economic impact of its financial crisis.

During his address, Diab declared that the combined challenges meant “the country [was] a short distance from social explosion,” adding, “I call on the world to save Lebanon.” He paired his plea with a request not to punish his people for the actions of “corrupt” political figures.

Diab urged the diplomats in attendance to support his economic recovery plan, which has been developed and is ready to be implemented. Lebanon had been in talks with the International Monetary Fund over a $10 billion bailout, but that fell through over concerns about its financial sector.

Alongside his remarks to foreign officials, Diab called on his nation to support the creation of a new government, allowing it to begin the process of addressing the challenges it faces, rebuilding its economy, and stabilizing its society.

The warning about the situation in Lebanon comes months after the chairman of its works committee stated that the country could be forced into darkness, as money to purchase fuel and run the electrical grid was running out.

Lebanon has been battling an economic crisis since at least 2019, which was exacerbated by the 2020 Beirut port blast that killed more than 200 and destroyed a large section of the city. That, combined with the Covid pandemic and civil unrest over allegations of government corruption, has left it struggling to address a slate of issues that have crippled its economy and hurt its population.

Hassan Diab submitted his resignation as prime minister in the wake of the deadly explosion and is serving in a caretaker capacity until a successor can form a permanent government. So far, months of talks led by Saad Hariri, who was tasked by the president with establishing a new administration, have failed to result in an agreement, resulting in political stalemate.