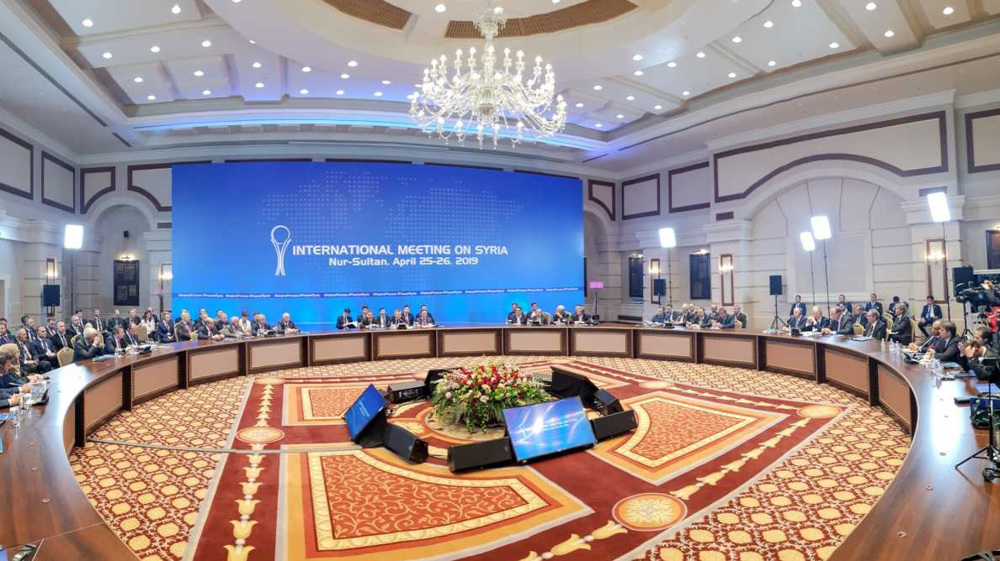 The 16th round of the Astana talks aimed at resolving the Syrian conflict concluded on Thursday, with the guarantor states renewing their commitment to Syria’s sovereignty, independence, unity and territorial integrity.

The final statement condemned the Israeli regime’s “continued attacks against the Syrian territories, which violate international law and international humanitarian law,” and called for an end to the aggression, Syria’s official news agency SANA reported.

Held in the Kazakh capital of Nur Sultan, the meeting began on Wednesday, with the 17th round scheduled to be held before the end of 2021, taking into consideration the outbreak of the coronavirus pandemic.

The guarantor states, namely Iran, Russia and Turkey, confirmed their commitment to the political process, led and owned by the Syrians and facilitated by the UN, under the UN Security Council Resolution 2254.

The statement firmly rejected “any foreign interference or any artificial timetables for the Committee of Discussing the Constitution in Geneva, asserting the need of supporting it to guarantee its work in a sustainable and effective way.”

Previous ArticleUN counts on support of Iran, Russia, Turkey for Syria peace process: Envoy
Next Article Syria: US, allies have reduced OPCW into their instruments