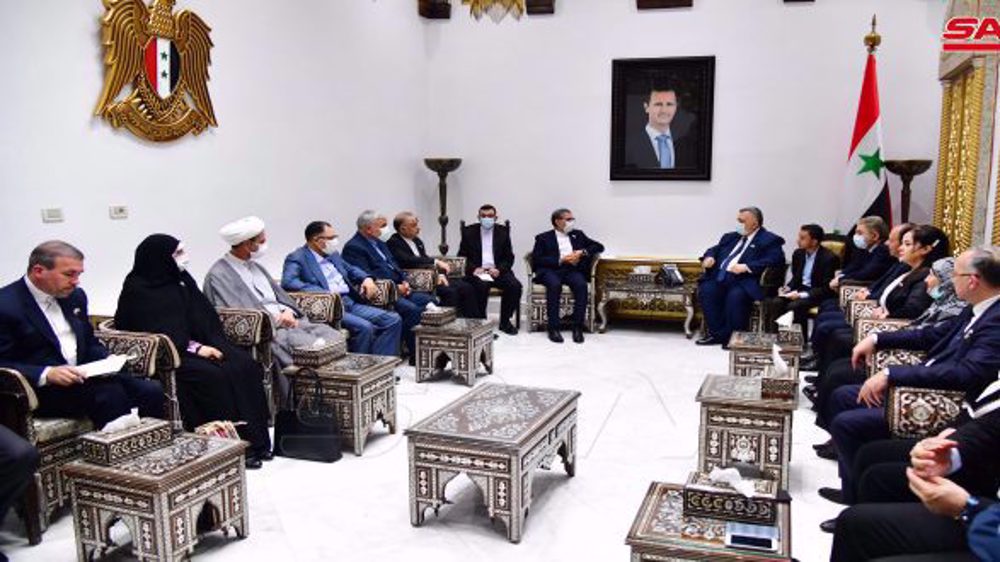 Speaker of Syrian People’s Assembly Hammoudeh Sabbagh says forces of global aggression, led by the US, besiege Syria and Iran together under the false guise of fighting terrorism but in fact they support and protect the scourge.

He affirmed the importance of boosting parliamentary relations between Tehran and Damascus through the exchange of visits, viewpoints, and joint coordination at regional and international conferences.

Golroo, for his part, said the current visit by the Iranian delegation to Damascus aims to discuss ways to strengthen bilateral cooperation in different fields, particularly in the parliamentarian affairs, and overcome any obstacles that may hinder enhanced mutual relations.

The Iranian lawmaker expressed his country’s readiness to take advanced steps that make the friendship committees in both countries as a role model.

Over the past years, the US has been maintaining an illegal military presence on Syrian soil, collaborating with anti-Damascus militants and stealing the country’s crude oil resources.