ussia says all humanitarian aid to war-ravaged Syria should be delivered through the central government in Damascus, rejecting the so-called “cross-border” aid delivery mechanism.

The remarks were made by Russia’s special envoy on Syria, Alexander Lavrentiev, who headed the Russian delegation to the 16th international meeting on the Syria conflict within Astana Format, Syria’s official SANA news agency said Thursday.

The meeting was held recently in the Kazakh capital, Nur-Sultan.

“We reject prolonging the so-called ‘cross-border aid delivery mechanism’ in Syria,” he said during a press conference after the meeting, stressing that all humanitarian assistance should be delivered to the Syrian state to support the reconstruction process.

Back in 2014, the UN Security Council for the first time authorized cross-border aid operations into Syria at four points, namely Bab al-Hawa between Turkey and Syria’s northwest, Bab al-Salam between Turkey and northern Syria, al-Ramtha near the Jordanian border, and al-Yaroubia on the northeast frontier with Iraq.

The mandate for the Bab al-Hawa crossing will end on July 10. 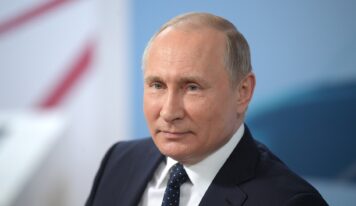