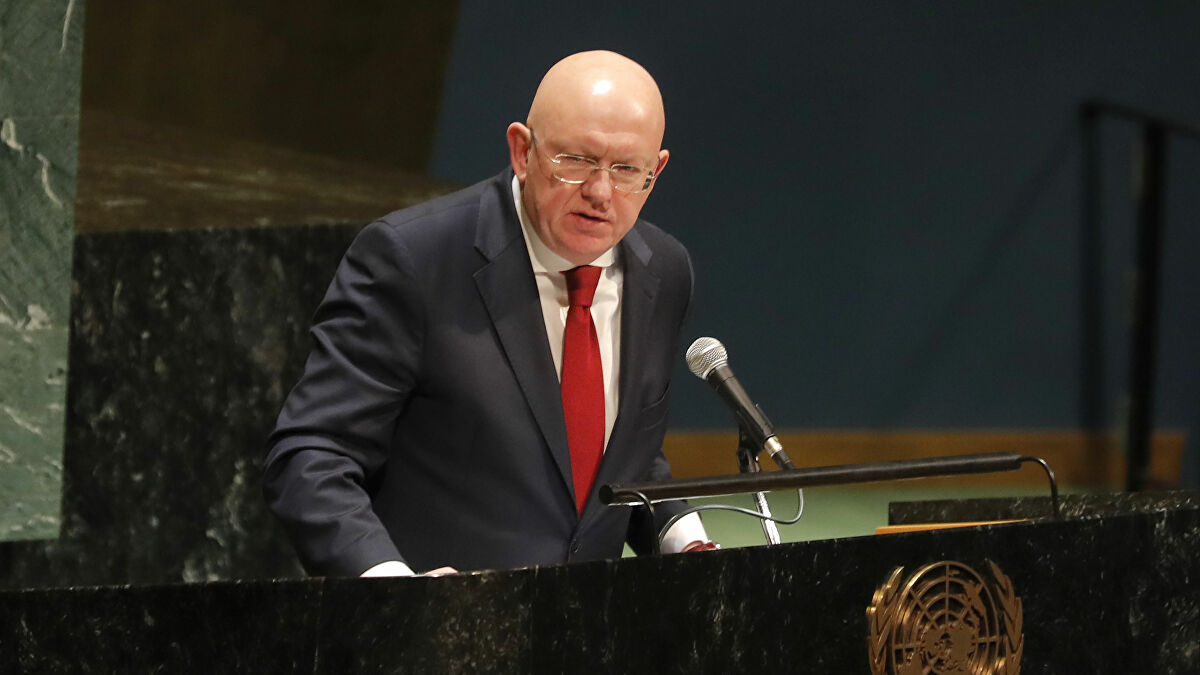 UNITED NATIONS (Sputnik) – Russia will not support the extension for 12 months of the cross-border humanitarian aid delivery mechanism into Syria as the UN Security Council prepares to vote on the issue on Friday, Russian Permanent Representative to the United Nations Vassily Nebenzia told reporters on Thursday.

Norway and Ireland had submitted a draft resolution to extend the mechanism, which is due to expire July 10, for one year using two crossings from Turkey and Iraq.

“Twelve months [do not play],” Nebenzia said when asked whether Russia intends to use the veto power as the permanent member of the Security Council during the Friday vote on the resolution.

Nebenzia also confirmed Russia had introduced its own draft seeking to extend the mechanism for six months through one crossing.

The mechanism, authorized in 2014, initially used four crossing points to bring aid into northwestern Syria. Russia and China previously used their veto power to block resolutions extending the mechanism as it was, and the number of crossings was eventually reduced to only one from Turkey.