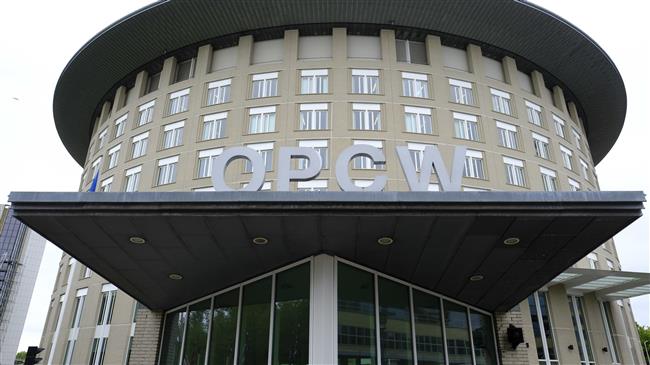 Syria: US, allies have reduced OPCW into their instruments

The chairwoman of the Syrian mission to the Organization for the Prohibition of Chemical Weapons (OPCW) says the United States and its allies have lowered the status of the international watchdog, and turned it into a political tool to level baseless accusations against Damascus and exert pressure on it.

Addressing the 97th session of the Executive Council of the OPCW, Rania al-Refaei stated that anti-Syria claims are meant to advance the agendas of certain countries, and implement the plots hatched by terror outfits.

She categorically dismissed allegations that the Damascus government has chemical weapons in its possession, terming such accusations as “spurious and unfounded.”

Refaei said Syria joined the Chemical Weapons Convention on October 14, 2013, and has stood fully committed to all its obligations ever since despite the fact that the Arab country is facing a state of foreign-sponsored militancy, in which more than 400,000 terrorists from over 80 countries have been wreaking havoc against the Syrian government and nation.

Previous ArticleAstana talks: Iran, Russia, Turkey renew commitment to peace in Syria
Next Article Russia says all humanitarian aid to Syria should be delivered through government