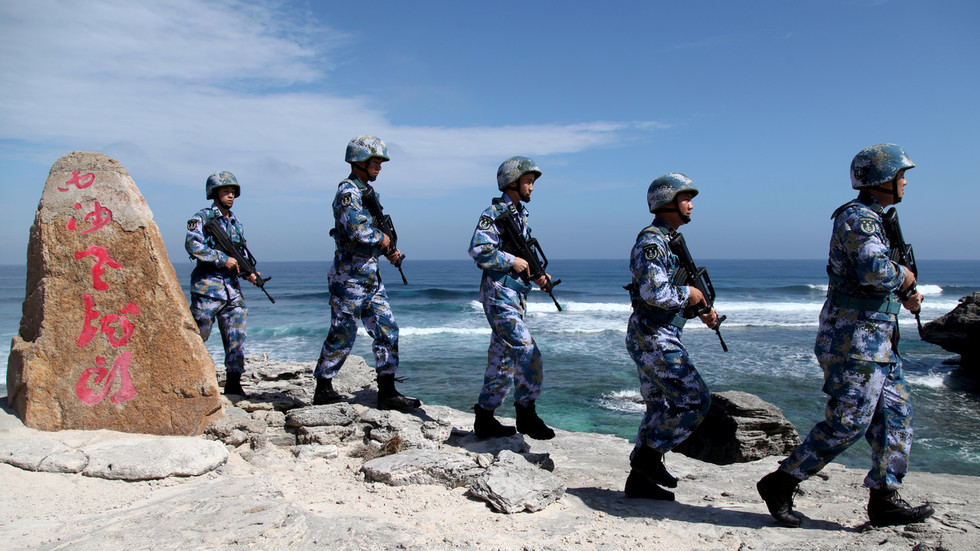 Beijing has once again called on the US to desist from provocative behavior after an American warship entered the waters around the Paracel Islands on the fifth anniversary of a court ruling against Chinese claims to the region.

In a statement on Monday, the Southern Theater Command of the People’s Liberation Army said it had dealt with an American warship, the USS ‘Benfold’, which had entered the waters around the Paracel Islands without China’s approval.

“We urge the United States to immediately stop such provocative actions,” it said in a statement, adding that the US must refrain from further moves that seriously violate Chinese sovereignty and undermine the stability of the South China Sea.

The US Navy insisted it was carrying out its regular operations and was not in violation of international law. “Under international law as reflected in the Law of the Sea Convention, the ships of all states, including their warships, – enjoy the right of innocent passage through the territorial sea,” the Navy stated.

Monday’s disagreement comes five years to the day after the Permanent Court of Arbitration in the Hague ruled that Beijing has no entitlement to the vast swathes of territory it continues to claim in the South China Sea on grounds of historic usage. The Paracel Islands are also claimed by Taiwan and Vietnam.

The US Navy said that its “innocent passage” through the islands was a challenge to the unlawful restrictions put upon the area by China, Vietnam and Taiwan. “By conducting this operation, the United States demonstrated that these waters are beyond what China can lawfully claim as its territorial sea,” the US statement added.

Beijing has been increasingly assertive in implementing its so-called nine-dash line, a historic territorial claim to nearly all of the waterway. Its assertiveness has seen relations worsen with its neighbors, notably the Philippines, where the population has been enraged by Chinese incursions on waters and reefs situated within Manila’s exclusive economic zone.