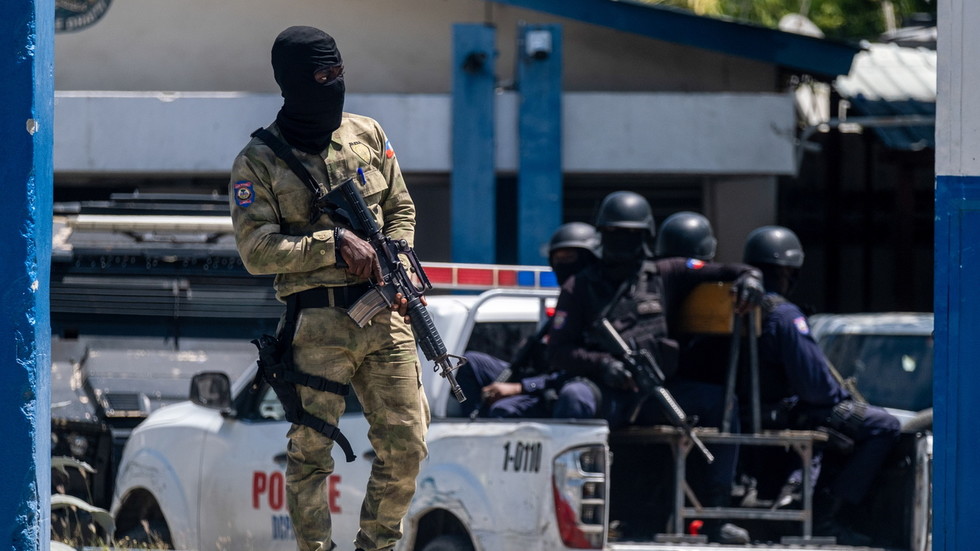 A Haitian-born doctor with decades-old ties to Florida has been detained as a suspected mastermind behind the murder of President Jovenel Moise. Meanwhile, Washington has sent an expert team to Haiti to help with the probe.

Christian Emmanuel Sanon, 63, was arrested and named the “central figure” in the case, becoming the third US-linked suspect in the alleged plot. It is unclear if he actually holds US citizenship, but according to the Miami Herald, a man with that name who “identifies” as a medical professional has over a dozen various businesses registered in his name in Florida over the past 20 years.

Haitian police believe Sanon allegedly plotted to depose and detain President Moise – and eventually install himself as president – but the original plan went south at some point.

“He arrived by private plane in June with political objectives and contacted a private security firm to recruit the people who committed this act… The initial mission that was given to these assailants was to protect the individual named Emmanuel Sanon but afterwards the mission changed,” police chief Leon Charles told a news conference on Sunday.

Moise was shot dead by a group of gunmen at his home near Port-au-Prince in a night raid last week, during which the attackers allegedly posed as American Drug Enforcement Administration (DEA) agents. While details about the assassins are still sketchy, most suspects were identified as ex-Colombian military personnel, while two other detained Haitian-Americans admitted to working as translators for the assassins.

Amid the nationwide manhunt, the assailants allegedly tried to contact Sanon, leading authorities to their suspected leader. During the raid on the “doctor’s” home, Haitian authorities reportedly found a DEA cap, ammunition, two cars and four Dominican Republic license plates.

The president’s assassination triggered even more political chaos in Haiti, forcing authorities to approach both the US and the United Nations for security aid, asking them to deploy soldiers to guard infrastructure in the event of unrest, according to multiple reports.

While the US snubbed the request for troops, it has sent a team of various security and law enforcement experts to Haiti to help with the investigation.

“Today, an inter-agency team largely from the Department of Homeland Security and the FBI are heading down to Haiti right now to see what we can do to help in the investigative process,” Pentagon spokesman John Kirby confirmed on Sunday.

That’s really where our energies are best applied right now – in helping them get their arms around investigating this incident and figuring out who’s culpable… and how best to hold them accountable.