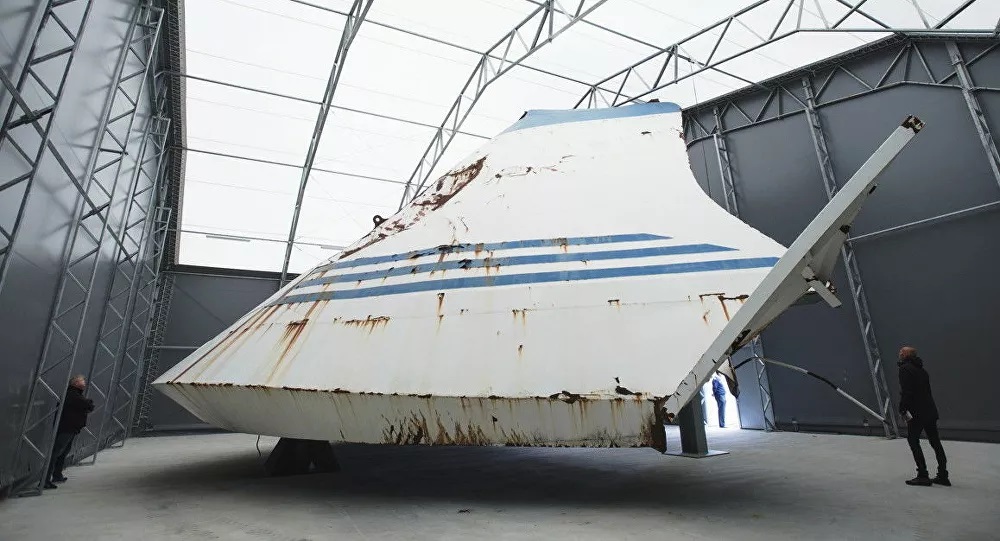 The previously unknown holes in Estonia’s wreck, discovered in 2020, spurred the Swedish Accident Investigation Board to reconsider its stance and launch new dives to what is formally considered an underwater grave for 852 passengers to re-examine the fateful ferry.

A ten-day joint study at the sinking site of the Estonia ferry, one of the worst maritime disasters of the 20th century, has been launched in search of answers given newly emerged circumstances, national Swedish broadcaster SVT reported.

The new study featuring Swedish and Estonian vessels spearheaded by the Swedish Accident Investigation Board will determine whether further measures are necessary to investigate the previously unknown holes in the hull of the ferry that sank in 1994, killing 852 people.

The background to the investigation is the data on holes in Estonia’s starboard side that surfaced in a TV documentary last autumn. That side of the ship was previously down at the bottom, but is now more visible, Jonas Bäckstrand, chairman of the investigation and deputy director general of the Swedish Accident Investigation Board, explained.

By examining the bottom conditions at the site, the investigators hope to determine their origin, whether there is a natural explanation for the holes of up to four metres in diameter that have been discovered. Such damage could have occurred when the ship sank and hit hard bottom. However, the discovery of the holes by a crew of award-winning journalists last year sparked questions over the official version of Estonia’s demise, which is that the bow visor separated and the ship’s bow door opened, leading to a heavy starboard tilt, as tonnes of water gushed into the vehicle deck.

Furthermore, the discovery of the holes re-fuelled all sorts of alternative interpretations and conspiracy theories distrustful of the official narrative, including a collision with an enemy or friendly submarine or the ferry secretly carrying some sorts of sensitive consignment. Some of these theories originated decades ago after the tragedy as the Swedish government decided to drop thousands of tonnes of pebbles on the site while the previous inquiry was still underway.

Data on the sunken ferry and the bottom conditions will be collected using sonars and echo sounders. The data will later be visualised with the help of researchers from Stockholm University, a process that can take up to three months. A camera-equipped underwater drone will also take pictures.

Since the location formally ranks as a burial site and an underwater grave, the study was preceded by a memorial ceremony attended by priests from several affected countries, which Tuulikki Koivunen Bylund, bishop emeritus of the Church of Sweden, described as a “very strong experience”.

Sweden initially flatly rejected new dives to Estonia’s grave, emphasising that the case was closed and even charging the crew behind the film with violating its sanctity. Subsequently, numerous politicians from the affected countries demanded a new investigation to honour the deceased and the survivors of the tragedy.

The Estonia perished in the Baltic Sea on 28 September 1994, en route from Tallinn to Stockholm, killing 852 people. It is widely considered as the largest peacetime naval catastrophe in the Baltic Sea.