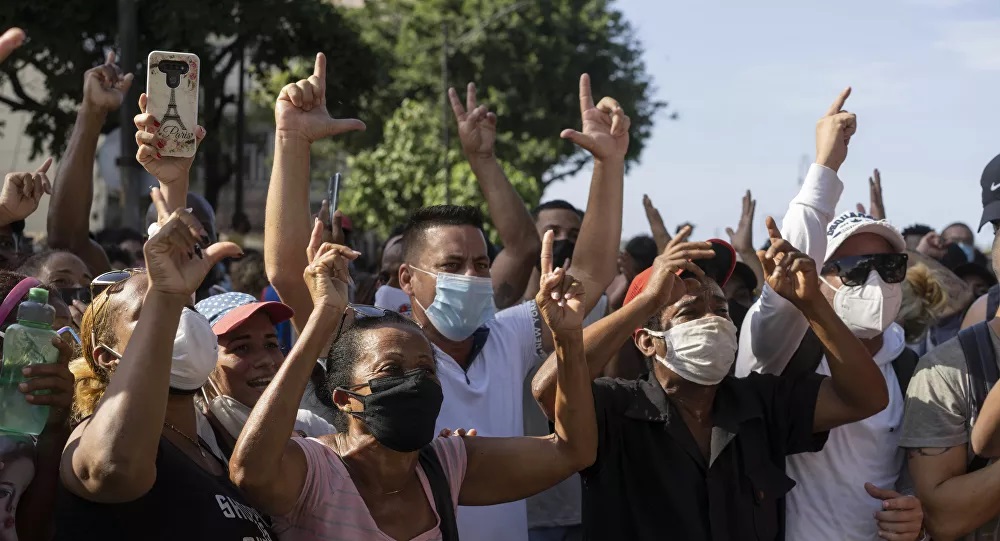 Cubans took to the streets on Sunday to protest food shortages and poor economic conditions that have deepened inside the Communist state during the COVID-19 pandemic. Cuban President Miguel Diaz-Canel called the demonstrations an attempt to destabilize the Caribbean nation by “anti-revolutionary mercenaries.”

The New York Times is facing backlash for equating a “freedom” call among Cuban protesters with “anti-government slogans” following its Sunday piece.

“Shouting ‘Freedom’ and other anti-government slogans, hundreds of Cubans took to the streets in cities around the country on Sunday to protest food and medicine shortages, in a remarkable eruption of discontent not seen in nearly 30 years,” the newspaper said in a tweet, quoting the introduction to its article.

Readers were very surprised by the peculiar equation:

“Only New York Times commies think “freedom” is an “anti-government slogan,” said Dan Gainor, who is the Vice President of Free Speech America and Business.

If you think freedom is anti-government, you’re telling on yourself.

“Freedom” and other anti-government slogans pic.twitter.com/h6Ld60lOzu

Some were also quick to point out that America’s almost 60-year embargo has probably contributed to the protest mood in the Caribbean state.

Illegal American sanctions might have something to do with it

You know what would really help the Cuban people: ending the illegal blockade.

Thousands of demonstrators took to the streets across Cuba in a rare move to denounce the government’s economic policies, handling of the COVID-19 pandemic, food and medical shortages and rising prices.

Cuban President Miguel Diaz-Canel responded to the unrest by saying that his government will “not let anti-revolutionary mercenaries who are beholden to the American empire to create instability.”

“There will be a revolutionary response,” the president vowed.