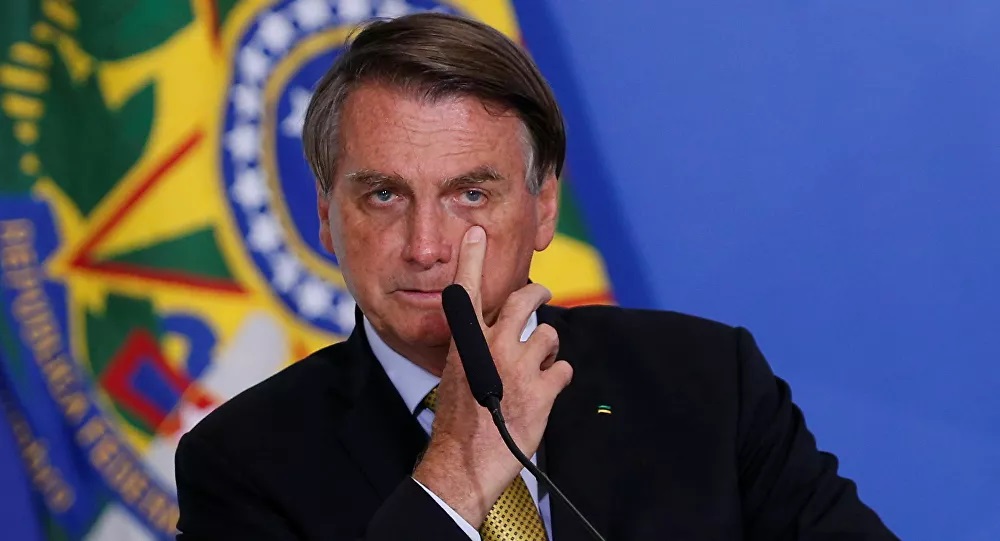 Late last month, several parties filed a petition to impeach Jair Bolsonaro, who is accused of committing 23 crimes, with the most recent accusation made in connection with the purchase of the Covaxin vaccine against COVID-19 and allegations of misconduct related to it.

Brazil’s President Jair Bolsonaro has been hospitalised to investigate the cause of an unrelenting bout of hiccups, according to a note from the president’s office, released by the G1 Globo news portal.

The president will remain under medical observation for up to 48 hours, the note said, adding that he was “in good spirits and doing well”.

Bolsonaro previously complained about hiccups, which he attributed to drugs he had been prescribed after undergoing dental surgery on 3 July.

Reuters previously cited an unnamed source as saying that the president was hospitalised earlier in the day at an army hospital in the capital Brasilia. According to the local news outlet Globo, the president was admitted to the hospital for unspecified medical testing after he felt abdominal pains in the early hours of Wednesday.

Since Bolsonaro was stabbed and seriously injured in the intestines during the 2018 presidential campaign, his health has been an issue.

The developments follow left-wing and centrist parties in Brazil submitting a “super petition” to the Chamber of Deputies, the lower house of parliament, to impeach Bolsonaro in late June.

© AP PHOTO / ERALDO PERESBolsonaro Gets $110 Fine for Not Wearing Mask at Motorcycle RallyThe president faces at least 23 charges, including one pertaining to the purchase of the Covaxin vaccine against the coronavirus and allegations of relevant misconduct.

Bolsonaro faces consistent criticism of his policies, especially those related to his administration’s response to the COVID-19 pandemic.

He has repeatedly been accused of downplaying the risks of the pandemic, even defying coronavirus restrictions. Even though he himself contracted the virus last summer, he has consistently expressed scepticism about COVID-19 vaccines and only recently changed his position, given that Brazil has been among the world’s leaders in terms of cumulative infections.