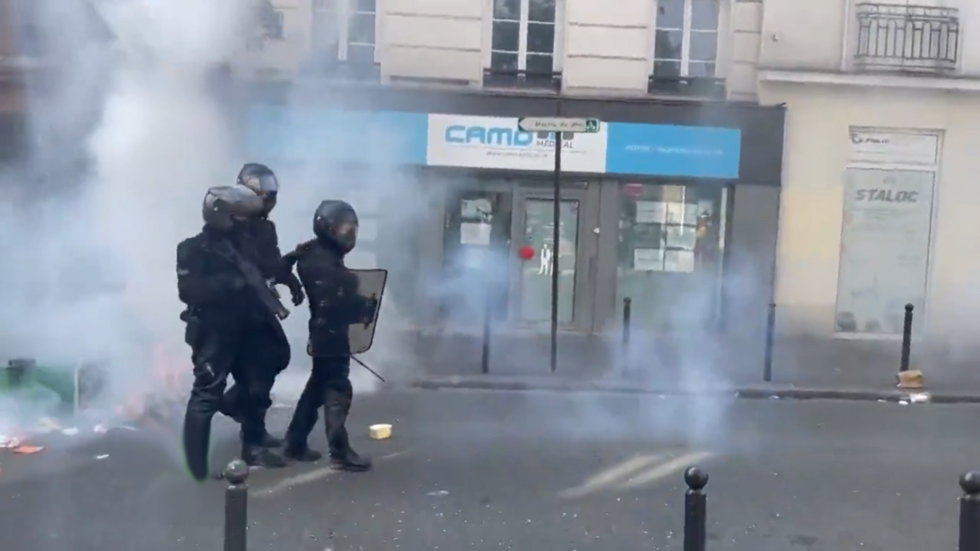 People in France have taken to the streets to protest against the government’s decision to make Covid-19 vaccination compulsory for health workers and to introduce a health pass to access bars and restaurants.

Protests took place across France on Wednesday with heated clashes erupting with police in Paris. A number of groups, including those associated with the Gilets Jaunes (Yellow Vest) movement, announced their intention to hold demonstrations across the country on Tuesday following the government’s announcement of compulsory vaccinations for health workers and the introduction of a national Covid-19 passport.

In Paris, eyewitness footage captured people fleeing from tear gas as police were deployed in sizable numbers to break up the demonstrations. Major city arteries could be seen blocked by protesters and police. In one instance, a canister of tear gas landed near a restaurant terrace, causing diners to scarper inside.

Smaller protests took place elsewhere in the city, with some groups convening at Place de Clichy. Demonstrators could be heard banging drums and chanting in footage shared on social media.

Some of the protesters adopted unusual garb as part of their demonstrations, including one participant who dressed as Jesus and bore a large cross for the march