Home Politics Cuba: The US Responsible for Chaos 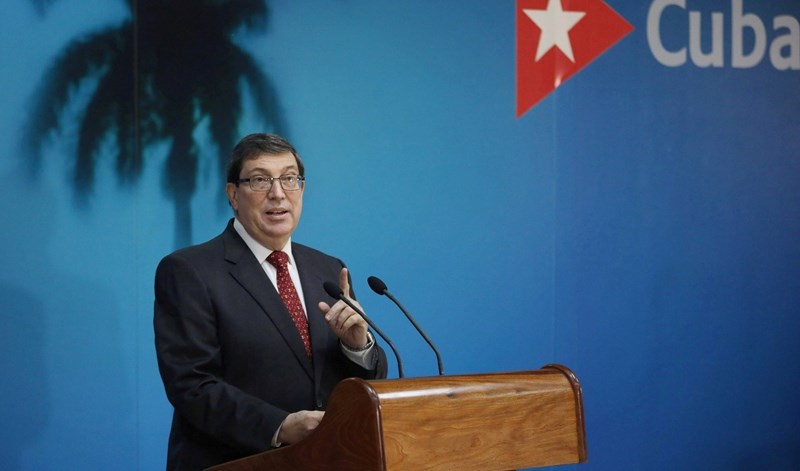 The Cuban Foreign Minister accuses Washington of being directly involved in organizing the demonstrations and turmoil Cuba is experiencing, and holds it responsible for the events.

Cuban FM Bruno Rodriguez accused the US of being directly involved in organizing the demonstrations and turmoil Cuba has been experiencing since last Sunday.

Rodriguez emphasized that Washington bears great responsibility for the events for the reason that some demonstrators were externally funded and led, traveled in diplomatic vehicles, and met with US diplomats, as he said.

Cuban President Miguel Diaz-Canel accused the United States of following a policy of “economic asphyxiation” to rouse social turmoil on the island, in a bid for regime change.

Diaz-Canel had asked Cuban revolutionaries to take to the streets to face “foreign-funded” atttempts to destabilize Cuba, going on to say that US measures against Havana aim to asphyxiate the economy to “to be able to call for humanitarian intervention that ends in military intervention and interference.”

The Cuban Ministry of Interior announced yesterday that the demonstrations that broke out on Sunday led to the death of one man that had taken part in the protests in the suburb.

According to Cuban official news agencies, the ministry said it “mourns the death” of the man who died in the La Guinera neighborhood of Havana.

Earlier on Sunday, US National Security Advisor Jake Sullivan said: “The US supports freedom of expression and assembly across Cuba.”

Cuba has been under a US embargo for more than 60 years. This has prevented humanitarian aid from reaching the island during the pandemic, which led to the recent worsening of economic conditions.
The Cuban government had condemned foreign-guided calls for sowing chaos and civil disobedience, making ill use of the difficult conditions on the Caribbean island caused by the Coronavirus pandemic and tightening the US embargo.