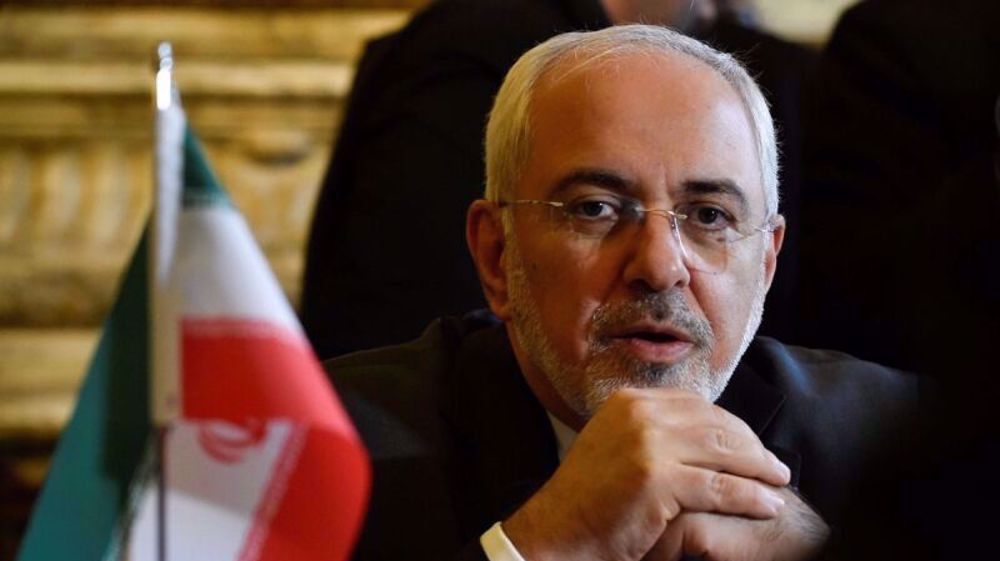 FM Zarif: Time for US to kick habit, end addiction to sanctions

On the sixth signing anniversary of the landmark Iran nuclear deal, Foreign Minister Mohammad Javad Zarif highlights the failure of the United States’ so-called ‘maximum pressure campaign’ and sanctions, citing Tehran’s progress, including in the nuclear field, despite the bans.

In a tweet on Wednesday, Zarif marked the anniversary of the Joint Comprehensive Plan of Action (JCPOA), saying, “6 years ago today, #JCPOA resolved a UNSC Chapter VII issue without resorting to war. “

He pointed to different approaches taken by the US administrations since the deal was signed in 2015, noting they failed to achieve their goals and will to do so in the future, as he released a table featuring Iran’s expansion of its peaceful nuclear program in terms of figures despite US sanctions and pressures.

“Obama realized his “crippling sanctions” would not cripple Iran or its centrifuges. Trump ineptly thought “maximum pressure” would,” he said in his tweet, adding, “Never will.”

He criticized the US addiction to the imposition of sanctions, stressing it was time for Washington “to kick the habit.”

Zarif’s remarks come as the fate of the historic deal is in limbo due to the US withdrawal from the accord in 2018 and its reimposition of sanctions coupled with the failure of the European signatories to shield business with Tehran in the face of Washington’s punitive measures.

US President Joe Biden, who was vice president under Barack Obama’s administration when the deal was clinched, has expressed a willingness to rejoin the deal.

His administration, has, however, taken no palpable measures to that goal, and instead asked Iran to return to compliance by halting its countermeasures.

Iran says the ball is in the US court to prove its sincerity and goodwill by removing its sanctions in a verifiable way, as it was Washington, not Tehran, which unilaterally left the JCPOA in defiance of global criticism.

Since April, the remaining parties to the JCPOA have been holding talks aimed at reviving the deal.

The sixth in-person round of the negotiations in the Austrian capital came to an end on June 20, as participant delegations returned to their capitals for further consultation.

A clear date has yet to be decided for the start of the seventh – and likely final – round of talks in Vienna.

“In short, in view of the progress made thus far, it could be said that we are approaching the end of the Vienna talks. There are certain outstanding issues, but the important point is that issues resolved so far outweigh those that remain unresolved,” Saeed Khatibzadeh told reporters.

“We have come a long way so far, but the rest of the way is not going to be an easy path,” he added.