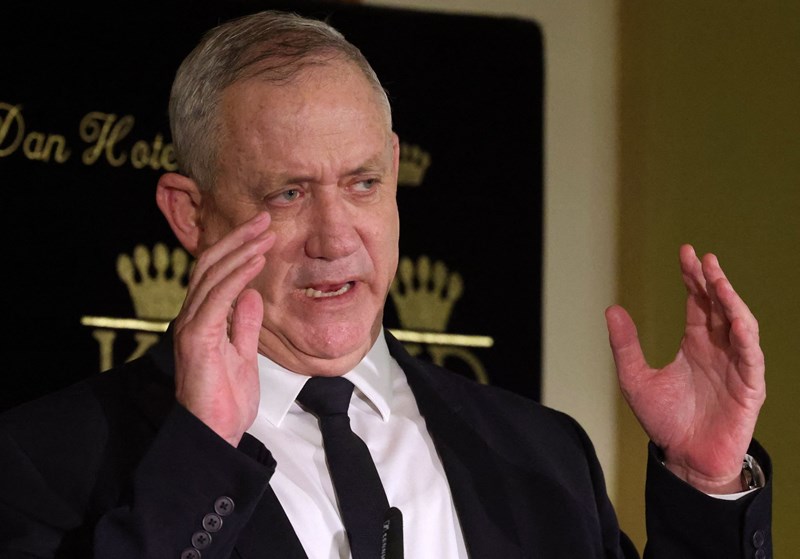 ‘Israel’ to Warm Up to Jordan and Egypt, Facing Iran

In the wake of Iran as an ‘existential threat’ to ‘Israel,’ Benny Gantz warns of the growing challenges facing ‘Israel,’ stresses that Iran is on top of the list of challenges.

Israeli Minister of Security Benny Gantz says that “Through its cohesion, the current government has the ability to enhance security and develop the relations with our neighbors with whom our relations came to a halt during the last government, such as Jordan.”

Gantz recently participated in an Israeli trade union conference in one of the Gaza envelope settlements, which was titled: “We Support the Residents of the Gaza Envelope.” In the conference, Gantz said, “We are in a position that provides the Israeli army with a strong front. In conjunction with the security procedures, we are committed to enhancing civilian security in the region’s towns and the south as a whole. We built the sea barrier, we are pushing an advanced security plan to protect homes, and we are drawing up a plan that allows citizens to go out to recover during military operations.”

Gantz stressed that “The fact that security is enforced without any compromise is true on all fronts. The current government, through its cohesion and the cooperation between its members, is strong and is no less powerful than the one before it. It has the ability to develop relations with our neighbors; relations that sometimes were on pause during the last government, such as the partnership that we must enhance with Jordan and Egypt.

Egypt Iran Jordan
Previous ArticleCuba: The US Responsible for Chaos
Next Article Washington: More Than 95% of Forces Exited Afghanistan