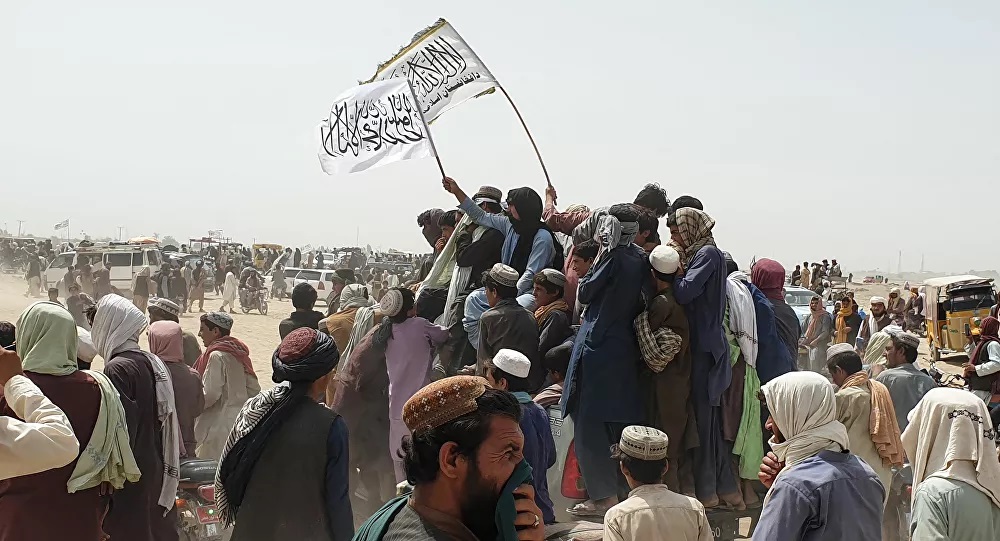 The Spin Boldak-Chaman border crossing connects the towns of Wesh in Afghanistan’s Kandahar province and Chaman in Pakistan’s Balochistan. Nearly 70,000 people are said to use the crossing every day. The Taliban* takeover of the border town comes after days of fighting with Afghan government forces for control of Kandahar.

The move was confirmed by the Taliban’s official spokesman Zabiullah Mujahid. The Taliban last controlled the crossing in 2001, before they were driven out by the US-led coalition troops in the wake of the 9/11 terror attacks in New York.

“The Spin Boldak district in the Kandahar province has been cleared of the enemy (Afghan forces) and the district is now under the control of Mujahideen. A large number of weapons, vehicles and ammunition have also been recovered,” the Taliban’s spokesman said.

Several videos have also emerged on social media showing a large crowd at the border crossing. In another video taken from a distance, the white Taliban flag could be seen flying from the roof of the border outpost building.

The Taliban has assured local traders in the district that they will be permitted to continue with their business, according to the spokesman.

However, the Islamist insurgent outfit has also instructed the local population to refrain from using the crossing on Wednesday.

By seizing this border crossing, the Taliban’s fighters are now in possession of four border checkposts — to Pakistan, Tajikistan, Turkmenistan and Iran.

The Taliban has been defeating the Afghan forces across the country since the American-led forces began to withdraw from the country on 1 May. It now claims to control nearly 85 percent of Afghanistan.

Pakistan has often been accused of funding the Taliban as well as providing support to the group.

At a meeting on the sidelines of the Shanghai Cooperation Organisation (SCO) Contact Group for Afghanistan in Tashkent on Tuesday, Afghanistan’s foreign minister, Haneef Atmar, urged his opposite number in Pakistan, Shah Mahmood Qureshi, that Islamabad should “close shelters” and “cease funding” for the Taliban.

* terrorist group banned in Russia and many other countries