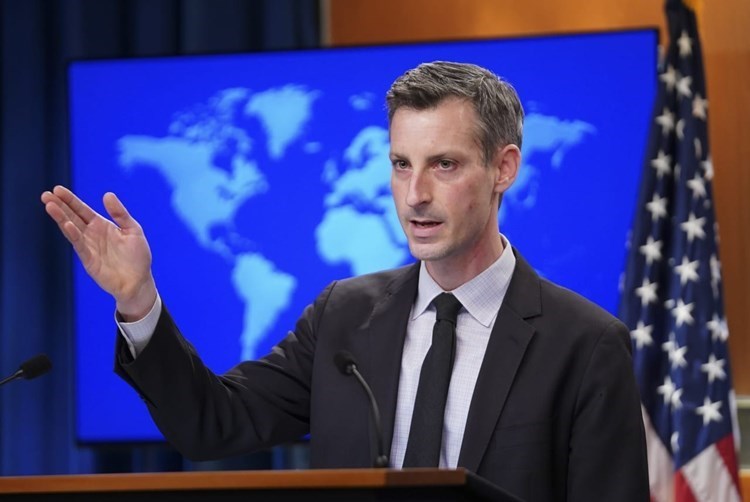 US State Department spokesman Ned Price says that the United States is engaging in “indirect but active” talks with Iran to secure releasing American prisoners.

The United States has been engaging in “indirect but active” discussions to secure the release of American detainees in Iran as the State Department spokesman Ned Price said on Tuesday, adding that Washington was dealing with those talks independently from the nuclear talks.

Earlier, Iranian government spokesman Ali Rabii said Tehran was holding talks on prisoner exchanges with the United States in order to secure the release of Iranians held in US prisons and other countries over violations of US sanctions.

Rabii added that “Based on humanitarian motives, Iran has repeatedly announced its will to exchange American prisoners with all Iranian prisoners in the world, under American orders,” adding that “the American government is determined to kidnap Iranians.”

Last February, the Iranian Foreign Ministry confirmed that “there are no direct talks between Iran and America on any issue,” stressing that “Releasing Iran’s prisoners in the United States is a top priority.”

The statement came after the US National Security Adviser, Jake Sullivan announced that the United States had begun contacting Iran about Americans detained by the Iranian government.

It is noteworthy that US Secretary of State Antony Blinken, who previously considered the nuclear deal with Iran a success, said in early February that Washington was committed to seeking “the release of Americans held hostage or unjustly imprisoned abroad” without any mention of Iran.