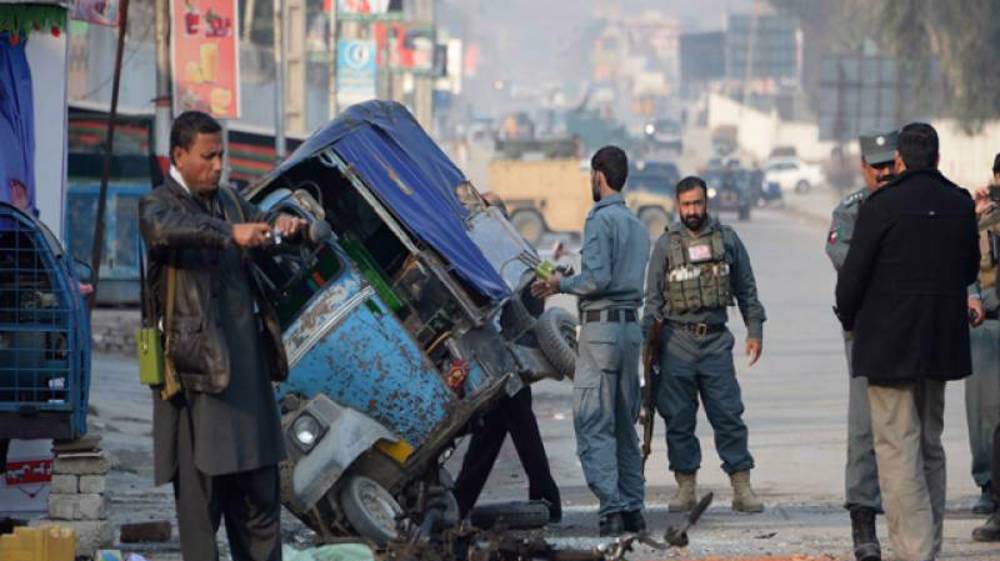 Russian Foreign Minister Sergei Lavrov has warned of a risk of the violence in Afghanistan spilling over to neighboring countries, as the Taliban militant group increases its activities in the war-ravaged country.

Lavrov made the remark during a plenary session of a high-level international conference in the Uzbek capital of Tashkent on Friday.

“The threat of such a scenario remains a serious obstacle to the involvement of Afghanistan in regional cooperation,” Lavrov said, adding that the situation in Afghanistan had been “rapidly degrading” in recent days.

The top Russian diplomat said that the uncertainty about the development of the military and political situation in Afghanistan had sharply increased following the “hasty” US withdrawal from the country, which he described as a de facto admission that America’s mission in the country had failed.

Lavrov said the Afghan crisis was also exacerbating the threat of terrorist attacks as well as the problem of illegal drug trafficking, which he said had reached an unprecedented level.

Since the US started the formal withdrawal of its forces from Afghanistan, in May, the militants have intensified attacks across the country. That has prompted Russia to criticize the United States and its NATO allies for having failed to stabilize the security situation in Afghanistan after two decades of war and occupation.

Over the past weeks, the Taliban have overrun areas in Afghanistan bordering the five countries of Iran, Tajikistan, Turkmenistan, China, and Pakistan.

Earlier in the day, clashes continued between Afghan forces and the Taliban militants in Spin Boldak, with the government forces pushing to retake a key border crossing with Pakistan, a day after the Taliban claimed they had captured it. The crossing provides direct access to Pakistan’s Balochistan Province — where the Taliban’s top leadership is believed to have been based for decades.

Meanwhile, Iran has affirmed that security prevails along its eastern boundaries with Afghanistan.

The militant group claims that it now holds 85 percent of Afghanistan, controlling about 250 of the country’s nearly 400 districts, a declaration government officials dismissed as part of a propaganda campaign.

Separately on Friday, Gulbuddin Hekmatyar, a former Afghan prime minister and the leader of the Hezb-e Islami organization, called for a temporary ceasefire on the occasion of the upcoming Eid al-Adha (Feast of Sacrifice), an important festival on the Islamic calendar.

He said a temporary truce could contribute to stabilizing the situation in the conflict-torn country.

This comes as negotiators from the Afghan government and the Taliban militant group held a series of talks in the Qatari capital of Doha over the weekend to discuss the stalled peace process.

Meanwhile, the United States is just weeks away from completing a full withdrawal from Afghanistan. Last week, the US military said it had withdrawn more than 90 percent of its troops and equipment from Afghanistan. The US invaded Afghanistan in October 2001 under the pretext that the Taliban were harboring al-Qaeda, which had just then carried out the so-called 9/11 attacks in the US.