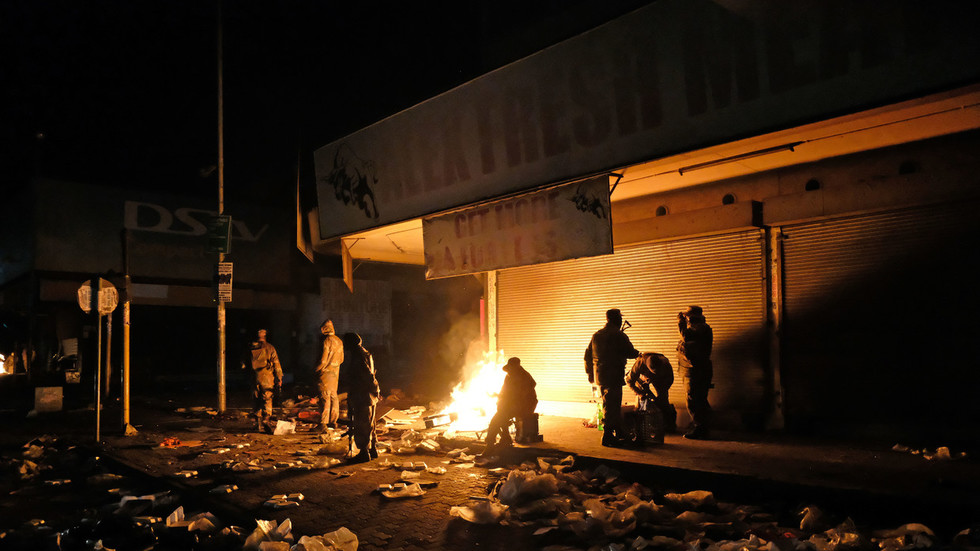 South African President Cyril Ramaphosa announced on Friday that the country’s security force has identified individuals responsible for instigating the “anarchy and mayhem” that led to the recent outbreak of deadly unrest.

Speaking during a visit to Ethekwini Municipality, one of the worst-impacted regions, Ramaphosa stated that the government is “extremely concerned” about “instigated” unrest and looting, which has resulted in dozens of deaths.

“We will not allow anarchy and mayhem to unfold in our country,” he vowed, confirming the identification of instigators and the arrest of one perpetrator. Ramaphosa’s announcement was coupled with 25,000 soldiers being deployed to prevent further violent uprising.

“What we are witnessing now are opportunistic acts of criminality, with groups of people instigating chaos merely as a cover for looting and theft,” Ramaphosa said earlier in the week, decrying the situation.

Calm has been restored in areas of Johannesburg, with shops reopening in the city, as well as operations beginning again in the port areas of Durban and Richards Bay. ALSO ON RT.COM

The looting and violence seen throughout the country came following the imprisonment of former President Jacob Zuma on charges of contempt of court, after his failure to attend a corruption inquiry. Ramaphosa has also linked the civil unrest to rising racial tensions in the nation, and called for individuals to come together and “stand against violence.”

The death toll from the unrest had risen to more than 70 earlier in the week, with over 1,300 people arrested for their role in the violence. The situation has been described by South African politicians as the deadliest violence since the nation ended the apartheid regime 27 years ago.

anarchy and mayhem instigators South Africa
Previous ArticleThe word for it is ‘propaganda’: Wikipedia co-founder says website has morphed into playground for rich and powerful manipulators
Next Article WhatsApp bans over 2 million accounts in India in one month, for ‘harmful behavior’ & spam messaging