Home Politics World The word for it is ‘propaganda’: Wikipedia co-founder says website has morphed into playground for rich and powerful manipulators 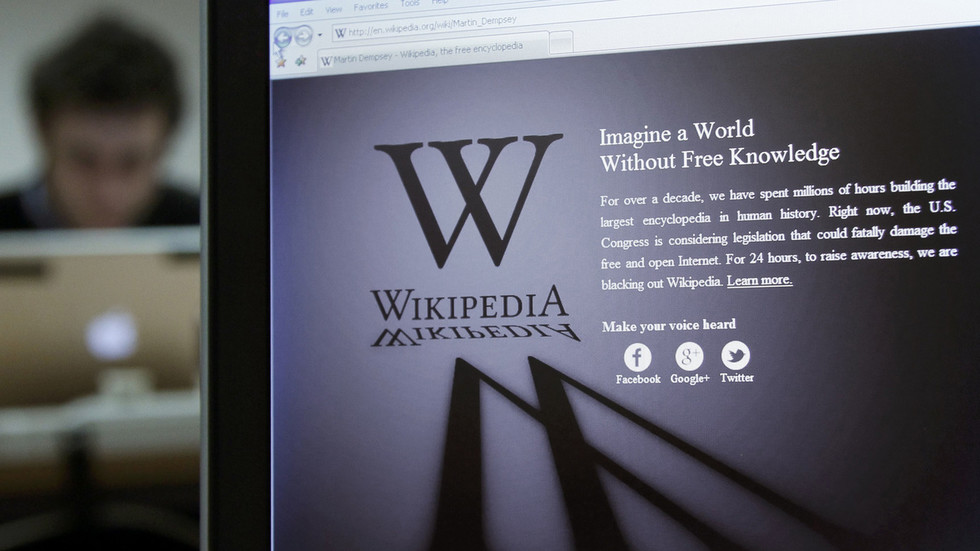 Wikipedia fails to reflect relevant viewpoints on hot-button topics and describes center-left establishment worldviews, its co-founder Larry Sanger said. This consensus reality is prone to nefarious manipulation by powers that be.

“There is a big nasty complex game being played behind the scenes to make the articles say what somebody wants them to say,” Sanger said this week, blasting the current community culture at Wikipedia. “There are all kinds of tricks that people can play to ‘win’ it.”

Sanger, who launched –along with Jimmy Wales– the world’s premier website for reference materials, has become a vocal critic of his brainchild. He jokingly called himself “ex-founder,” referring to both his criticism and Wikipedia’s attempts to distance itself from his person. This week he talked about what he sees as a problematic change in the online encyclopedia to Freddie Sayers, the host of UnHerd magazine’s show Lockdown TV.

Today, Wikipedia is a “pretty reliable establishment in its viewpoint, whatever the viewpoint is,” he said. This is ironic, he added, considering that the website was founded by “a couple of libertarians, who at least in the beginning were really tolerant and open to all sorts of anti-establishment views being canvassed within the articles.”

The user-edited encyclopedia was supposed to lay out known facts and prominent points of view on how to interpret them. But on “hot-button topics,” whether political or cultural, it is now clearly pushing the viewpoint of the center-left, obfuscating and downplaying the opinions of other groups, Sanger said. This approach is inherently flawed because it denies people the right to make informed decisions in life.

“We do not want to be led by the nose. We, being free individuals, want to make up our minds. And if we don’t then there is something wrong with us, I think,” he explained.

Of course, there are people who want to be told what they should think by some authority figure, be it a religious leader, party officials or some dictator. And a resource that caters to such urges does a disservice, Sanger argued.

The word for it is ‘propaganda’ when it’s systematic. And that’s what we are really dealing with on Wikipedia.

Such a resource also becomes a useful tool for those who want to manipulate public perceptions of reality to their own benefit. There is an entire industry that monitors Wikipedia pages relevant to their clients and pushes forward edits on their behalf. Some of it goes under the radar, since Wikipedia editors are not obliged to identify themselves and disclose conflicts of interests.

“If only one version of facts is allowed, then it gives a huge incentive to wealthy and powerful people to seize control over things like Wikipedia in order to shore up their power. And they do that,” Sanger pointed out.

Part of the problem is in Wikipedia’s deliberate reliance on secondary sources, which are mostly media reports, to back article contents. Those sources can be biased themselves, and the Wikipedia editor community grandfathers those biases by excluding some outlets like the Daily Mail or Fox News as valid references. Increasing polarization of the media further exacerbated the problem.

The result is that now, “if a controversy does not appear in the mainstream center-left media, then it’s not going to appear on Wikipedia,” Sanger said. Joe Biden’s page barely mentions the controversy involving Ukraine and his son Hunter’s sinecure job there, and does so to dismiss it as a manufactured political attack against the incumbent US president.

Sanger believes it is impossible to have an encyclopedia that lists universally accepted facts of life and that honestly reflecting existing divisions and debates is the best thing one can hope for.

“You cannot have an ‘encyclopedia of fact’ if by ‘fact’ you mean something that all responsible researchers on a topic agree to, because it’s often the case that there is disagreement among experts on all kinds of things,” he said.

The problem with ‘consensus reality’ on Wikipedia goes far beyond political issues. Topics like eastern medicine (which the site dismisses as ‘quackery’), Christianity (which Wikipedia describes from a liberal academic point of view) or Covid-19 are all affected by it, Sanger explained. The latter is a good example of how the website joined in with the larger Big Tech drive to silence voices that the establishment deemed undesirable in public discourse.

“There are a lot of Nobel Prize winners, distinguished doctors and so forth, whose views are not only not welcomed on Wikipedia, they are literally censored on YouTube and Facebook and Twitter, where videos of interviews made with such people are removed, because they directly contradict the narrative,” he said.

Silicon Valley censorship is disconcerting, Sanger said, adding that he believes a government-enforced neutrality in online platforms would have been a more chilling alternative, since it would amount to government censorship. Some might argue that governments simply outsource their censorship to private companies, which are not subject to free speech restrictions like the First Amendment. This week the White House acknowledged it was flagging “problematic posts for Facebook that spread disinformation.”

Sanger hopes that a drive to decentralize the internet, bringing it closer to the free spirit of the ‘Wild West’ days of the web, would help counter this push to gag dissent. A few years ago he proposed a ‘Declaration of Digital Independence,’ which would give internet users a set of rights for free speech, privacy and security and would rein in the corporate control of online public spaces. 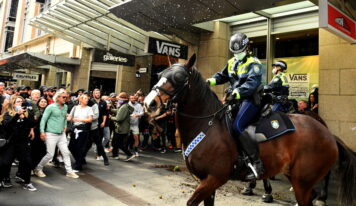 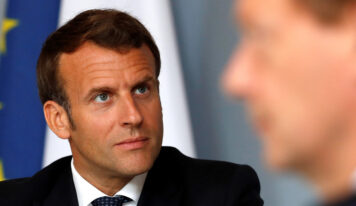 ‘This is not freedom’: Macron denounces ‘irresponsibility and egoism’ of those who refuse Covid jab