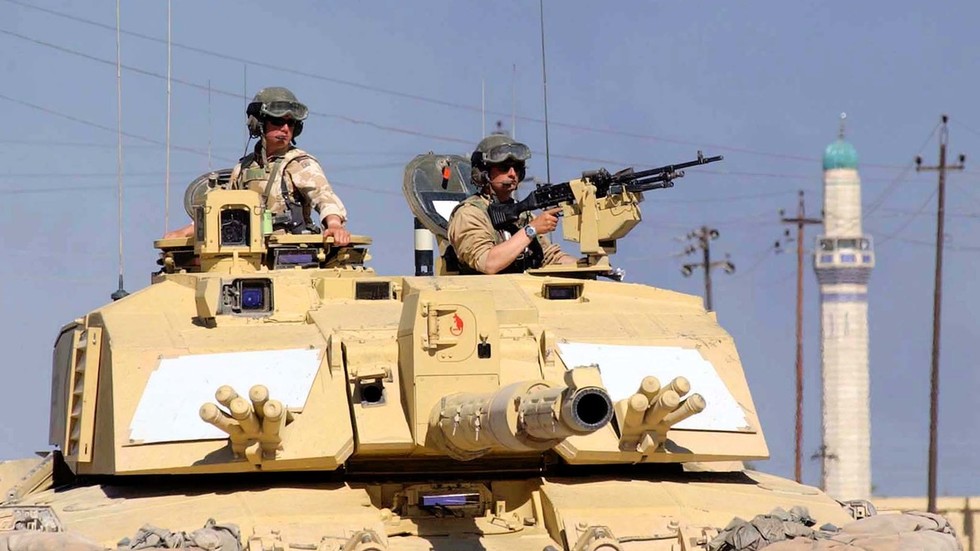 Accuracy at any cost? Gamer leaks British military secrets to Russia-born company to prove its tank model is wrong

A gamer believed to be a Challenger 2 commander has apparently decided that preserving state secrets is less important than proving to a game company that its digital model of the British main battle tank is inaccurate.

A funny and potentially criminal episode unfolded this week on the forums of ‘War Thunder’, a popular competitive video game in which players take control of various real-life military vehicles. Projects like this one attract the attention of accuracy nerds, who push designers to get every little detail right.

It seems one such person may have breached the UK Official Secrets Act, by leaking a portion of the still-classified manual for the Challenger 2 main battle tank. On Wednesday, the user posted on the forum a link to excerpts from a Challenger 2 AESP (Army Equipment Support Publication) as he argued his point to developers.

The alleged leak was reported by the UK Defence Journal on Friday. The military-focused website said the poster identifies as a Challenger 2 commander and may be stationed at the Royal Tank Regiment in Tidworth, England.

Forum moderators took issue with the link. The British MoD confirmed to them the classified status of the manual, prompting the link’s removal and a warning that disseminating the excerpts “can carry up to a 14-year prison sentence if prosecuted.” Some users said they hoped the in-game model of the vehicle would still be fixed, but others pointed out that the game’s designers refuse to use reference materials that are not legally available to the public.

Adding to the irony of the situation is the fact that ‘War Thunder’ is developed and published by a company called Gaijin Entertainment, which has distinct Russian origins. It is headquartered in Budapest, but it was launched in Moscow in 2002 and has Russian nationals among its key executives.

‘War Thunder’ was first released in 2012. The studio is also known for its contribution to the ‘IL-2 Sturmovik’ series of combat flight simulation games, having developed the 2009 instalment subtitled ‘Birds of Prey’.

While passion for game accuracy is understandable, pursuing it too hard may result in quite serious consequences. Oleg Tishchenko was tried in the US in 2019 for attempting to purchase F-16 flight manuals on eBay, which he said he needed to make his product, ‘Digital Combat Simulator’, better. The US had him extradited from the former Soviet republic of Georgia, after he flew there for a dancing festival.

Tishchenko pleaded guilty to two of the five counts brought against him and was sentenced by a federal court in Utah to one year and one day in prison. By the time of the ruling, he had spent more than 12 months in federal custody, so the judge ordered his immediate extradition to Russia.