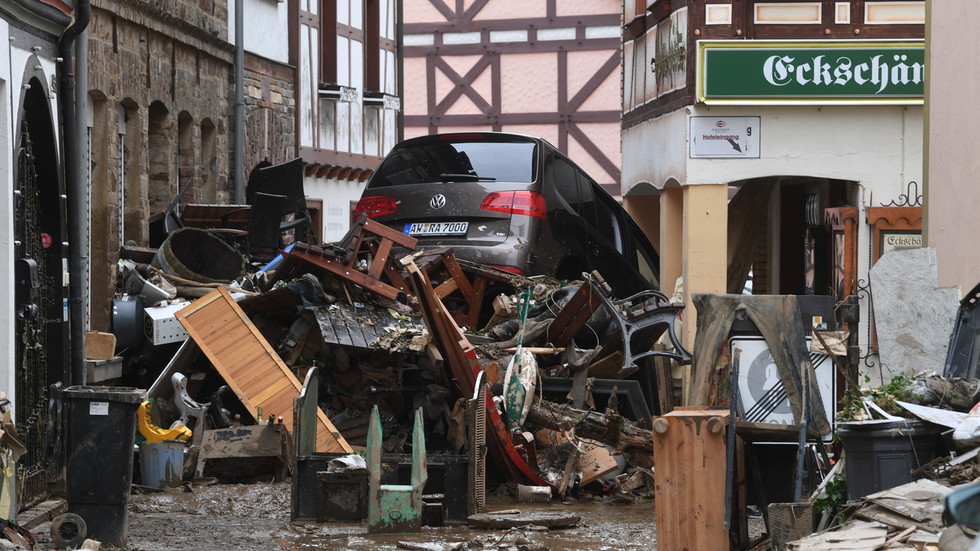 The death toll from devastating floods in Europe has grown to 153 as of Saturday morning. Belgium will observe a day of mourning for the victims on July 20.

German authorities confirmed that 90 people have died in the Rhineland-Palatinate region, and 43 have died in neighboring North Rhine-Westphalia.

Rescue helicopters, fire crews and the military were deployed to the western German regions after rivers burst their banks due to heavy rainfall. The powerful flow of water swept up cars and destroyed houses in rural areas. Local media previously reported that many residents were unaccounted for because the phone connection was down.

“I fear that we will only see the full extent of the disaster in the coming days,” Chancellor Angela Merkel said during a trip to Washington this week.

German media quoted fire services as saying that around 700 residents were evacuated from the Wassenberg area near the Dutch border after a dam on the Rur river was destroyed.

Evacuations took place near Limburg on the Dutch side as well, where a levee alongside the Juliana Canal was breached and warning sirens were heard.

A further 20 people were killed in Belgium, where Prime Minister Alexander De Croo has declared that July 20 will be a national day of mourning. VRT reported that the Belgian National Day celebrations on Wednesday will also be downsized as a result.

“I went to Chaudfontaine yesterday, where we saw exceptional rainfall – things that we only see once every 200 years,” Interior Minister Annelies Verlinden said at a press briefing on Friday. “I saw people who have lost everything they had.”

European Commission chief Ursula von der Leyen said that the intensity and the length of these extreme weather events are clear signs of climate change, and the EU must act quickly to mitigate its effects.