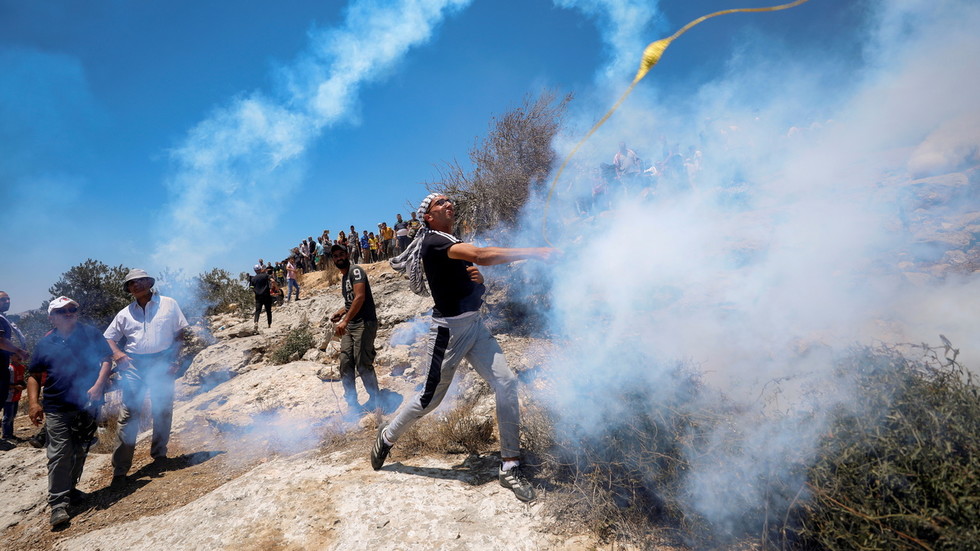 Scores of Palestinian protesters have been injured in clashes with the Israel Defense Forces (IDF) near an evacuated illegal Israeli settlement in the occupied West Bank, the Palestine Red Crescent has said.

At least 10 Palestinians were shot and injured by live fire, the medical organization said, adding that 15 more were injured by rubber bullets, according to Haaretz newspaper. The condition of those who were shot is unclear.

More than 45 people had to be treated by medics after being suffocated by tear gas used by the Israeli military to disperse the crowd, Haaretz reported, while the Jerusalem Post said that about 70 Palestinians were injured, citing local reports. The violence took place in the town of Beita, not far from the city of Nablus in the occupied West Bank, according to the Palestinian media.

Tensions in the area have been running high for weeks over the evacuation of the Evyatar outpost settlement – illegal even under Israeli law. The scuffles between the Palestinians, the settlers and the IDF were further inflamed by the killing of Palestinian man Mohammad Farid Ali Hasan, 20, by the Israeli military earlier this month. The IDF said they shot him because he threw an explosive device from a rooftop towards soldiers.

Although the Israeli government has ordered the settlers to evacuate, their structures won’t be demolished, sparking concerns among Palestinians that settlers may return whenever circumstances change.

This comes on the heels of a report that some 100 former Israeli soldiers penned an open letter to the nation’s defense and interior security ministers, calling on them to stop the settlers’ violence against Palestinians in the West Bank.

The soldiers reportedly said that they witnessed the instances of such violence firsthand and “had no means to withstand them.” Such incidents involved “damaging private property, stone throwing, physical violence against Palestinians and attacks on activists and (Israeli) security forces,” said the letter first made public on the Israeli Army Radio.

The Israeli Defense Ministry recorded a total of 370 incidents of violence in 2020, including 42 directed against the Israeli police and soldiers.

Last week, the UN special rapporteur on human rights in the occupied Palestinian territory, Michael Lynk, said that “the Israeli settlements do amount to a war crime.” He then called on the international community to take more active steps to force Tel Aviv to abandon this policy.

His statements immediately drew the ire in Tel Aviv as well as among pro-Israeli groups in the US, which accused him of denying Jews their history.