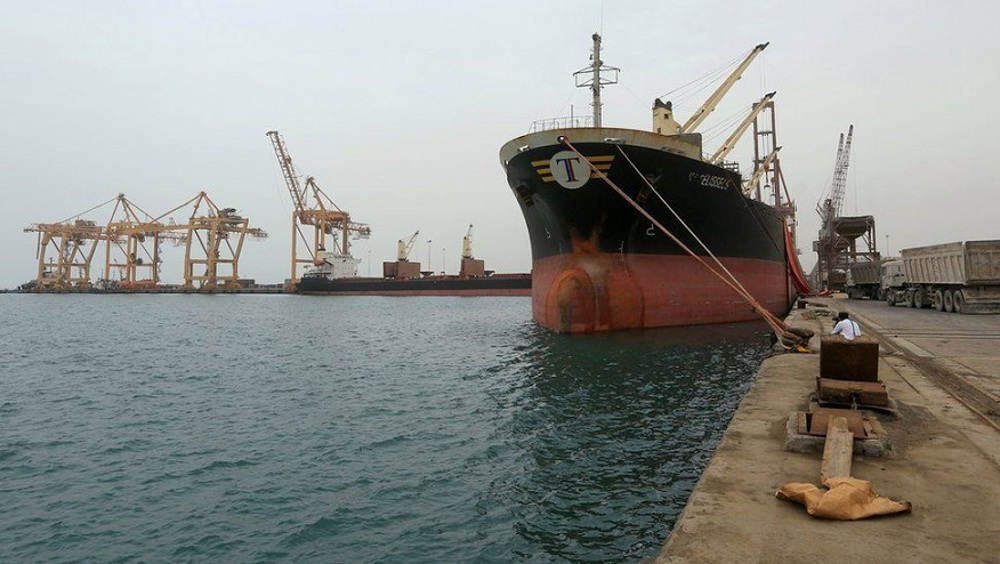 Executive Director of the Yemeni Oil Company Ammar al-Azra’i announced the grim news in an interview with Yemen’s Arabic-language al-Masirah television news network on Friday, saying, “We do not know where the proceeds will be deposited.”

He stressed that the looting of crude oil and liquefied natural gas by the invading forces has prevented the payment of Yemenis’ salaries.

Al-Azra’i said that Saudi-led forces have seized four ships near the Saudi port of Jizan, “two of which are carrying gasoline for public use, one carrying fuel oil for factories and the al-Hudaydah power plant, and another one carrying natural gas.”

The Saudi-led coalition has imposed a crippling siege on Yemen, from land, air, and sea.

The blockade includes the closure of the port of Hudaydah, which is a lifeline for millions of Yemenis. The invading forces have seized vessels carrying fuel and prevented them from entering the port.

The seizure of Yemeni tankers has caused a fuel shortage over the past months in Yemen, which has been described by the United Nations as the world’s worst humanitarian crisis. It has knocked out generators and water pumps in hospitals and disrupted aid supplies across the country.

Elsewhere in his remarks, al-Azra’i said that “431 days have passed since the seizure of two ships carrying gasoline in Jizan and the compensation that the government has to pay for it has reached 8.62 million dollars.”

He added that the blockade against Hudaydah and the seizure of oil vessels are in violation of the Stockholm Agreement, which was reached between the two sides a few years ago with the UN mediation.UN complicit in US-Saudi act of piracy against fuel tankers: YemenThe Yemen Petroleum Company (YPC) lashes out at the US-backed invading military coalition led by Saudi Arabia for impounding Yemeni fuel tankers, calling the United Nations a partner in the maritime piracy.

Back in April, Yemen’s Minister of Oil and Minerals Ahmad Abdullah Dares said that more than $76 billion of Yemen’s oil and gas revenues has been looted since the beginning of the Saudi-led war on the Arab country.

In July last year, he also said that Saudi Arabia and its mercenaries had looted some 48 million barrels of Yemen’s crude oil in previous years.

Dares said at the time that they had stolen 18 million barrels only in 2018, and another 29.5 million in 2019, adding that the invaders continue to loot Yemen’s oil, while the Yemeni people remain in dire need of fuel and oil derivatives under the Saudi blockade of their country.

Saudi Arabia, backed by the US and regional allies, launched a devastating war on Yemen in March 2015, with the goal of bringing the government of former Yemeni president Abd Rabbuh Mansur Hadi back to power and crushing the popular Ansarullah movement.

Yemeni armed forces and allied Popular Committees have, however, gone from strength to strength against the Saudi-led invaders, and left Riyadh and its allies bogged down in the country.

The Saudi war has left hundreds of thousands of Yemenis dead, and displaced millions more. The war has also destroyed Yemen’s infrastructure and spread famine and infectious diseases across the country.